After His Refusal To Call For A Ban On E-Scooters, Should Mike Brown Be Replaced In The Interest Of Public Safety ? 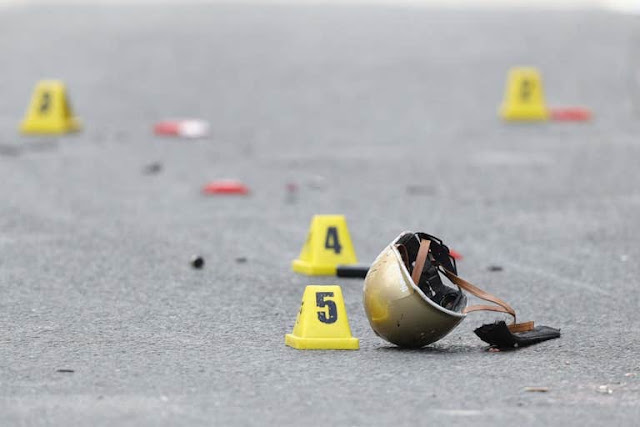 Asked about the dramatic rise in the illegal use of e-scooters by commuters in in light of recent fatality, Mike Brown dismissed calls for a ban saying riders need to be more careful.
And now a 14-year-old boy who crashed his electric scooter in Beckenham is fighting for life.
Has Mike Brown's decision been swayed by the fact that his largest stakeholder Uber (largest on demand e-scooter supplier in California) will be pushing to operate in London???
Taxi Leaks would pitch the question, in the interest of public safety, is in time for Mike Brown to be moved on, and a new, responsible commissioner appointed to replace him??? 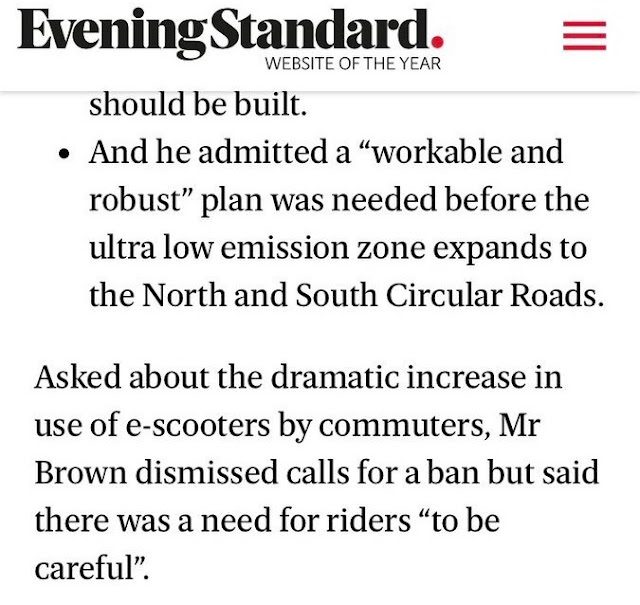 Road safety campaigners called for a crackdown after the second accident in 24 hours involving the battery-powered vehicles in London.
The teenager is thought to have lost control riding on the pavement and collided with a bus stop at about midday on Saturday, according to The Sun.
He suffered a serious head injury and was airlifted to another hospital - where he remains in a critical condition.
A day earlier, TV presenter and YouTube star Emily Hartridge , 35, died when her motorised scooter collided with a lorry in Battersea. 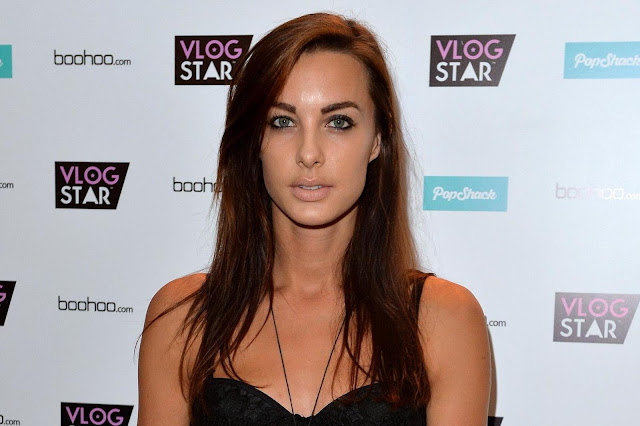 Nick Lloyd, head of road safety at the Royal Society for the Prevention of Accidents, said: “While there has only been one death in the UK there have been a number across Europe.”
Electric scooters are illegal to ride in public in the UK. Most users are unaware that e-scooters that reach speeds of 40mph can only be used on private land.
Anyone currently riding them the roads in London, risks a £300 fine and six points on their driving licence (if they have one), while those that ride them on the pavement face a £30 penalty.
It hasn't gone unnoticed that the Police in Central London are turning a blind eye to the use of e-scooters.
The Metropolitan Police said: ‘Police were called to Monks Orchard Road, Beckenham, at 11.42am on Saturday, 13 July to reports that a teenage boy had crashed an electric scooter.
‘Officers attended along with the London Ambulance Service and London’s Air Ambulance.
‘A 14-year-old boy was found with a serious head injury after it was reported his scooter had collided with a bus stop. He was taken by Air Ambulance to hospital where he remains in a critical condition.
‘His next of kin have been informed.
Enquiries into the circumstances continue
Posted by Editorial at 5:50 PM

It's a well known fact that being incompetent is a requirement in order to be employed by TfL.

What a sad, sad indictment of the authorities in this day and age. This country and especially london was run to the highest standards regarding safety issues, when I were a lad. And now both are run by the most incompetent half wits residing in this once great country.
It was always a mystery how the great city of rome imploded but maybe they suffered from the same situation as this country does now - but it is now suffered on a vastly superior level. (Although the wage structure & reward is undoubtedly much higher now for incompetence!)
A banana republic could teach this mob a thing or two!😡🙁

At your own risk. If you want to break the law and risk your life on an e-scooter on London roads then you only have yourself to blame. You are responsible for your own actions!