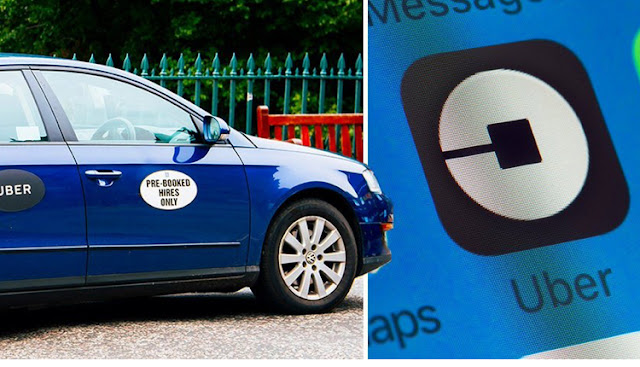 Two young women have been paid significant damages by Uber bosses in the first case of its kind in the UK after claiming a driver sexually assaulted them.
The alleged victims, aged in their 20s and 30s, both ordered cabs through the Uber app following separate nights out in Leeds in December, 2015.
Each woman went on to file police reports claiming their driver Naveed Iqbal sexually assaulted them by groping their breasts.
A council investigation found Iqbal, who did work as a minicab driver, had used his brother’s Uber login details to access the app and find jobs under his name.
As a result of the incidents the driver lost his PH license but no criminal charges were levelled against him.???
The two women then employed a team of lawyers at Irwin Mitchell, who argued that Uber was liable for the alleged assaults as it had a duty of care to protect passengers.
In the first case of it’s kind in the UK Uber officials have now agreed undisclosed out of court settlements with each lady.
The first woman was celebrating her birthday on the evening of December 6, 2015, when she claims to have been groped by the breasts two times.
She said: ‘My whole life has been turned upside down since that night.
‘When it first happened, my initial reaction was anger and disbelief, but I very quickly developed anxiety. I was aware that the driver knew where I lived and this made me anxious about being at home.
‘I suffered from poor concentration, a lack of enjoyment and poor motivation, and I had this feeling of being dirty all the time.
‘Everything that has happened has also had a huge impact on my career as I no longer have the confidence to work in a customer facing role.
‘I just hope that by speaking out others who may have found themselves in a similar situation don’t feel that they have to suffer in silence.’
The second woman booked an Uber on December 13, 2015, following a night out with friends.
During the journey she told how the driver began rubbing her leg and touching her breasts, before trying to kiss her and attempting to force her to engage in a sex act.
She said: ‘I now find it difficult to trust others and this has hugely affected my friendships and relationships. I have had a lot of personal issues since the assault.
‘That one night has had such a negative impact on my life, and to hear it had happened to another woman a week earlier was horrible.
‘This could have been prevented. I just hope we can now move on with our lives as best we can.’
Emma Crowther, the legal expert representing the women, said: ‘These are deeply upsetting cases involving two young women who reported being sexually assaulted by someone entrusted to get them home safely.
‘It is even more concerning that if Uber had properly investigated the alleged assault suffered by our first client then we believe that the driver would not have been free to go on and pick up the second woman just a week later, during which it is reported he escalated in his abusive behaviour.
‘Both women are still deeply affected by what happened to them.
‘While nothing can ever make up for what has happened we are pleased to have secured these settlements which we believe to be the first of their kind in the UK against Uber.
‘We now hope that the specialist support the women require will help them try and move forward with their lives.’
Sue Pearce MBE, from Rape Crisis, said: ‘It is always distressing and worrying to hear about sexual assaults and especially those committed by someone who works in a position of trust.
‘The trauma of such assaults can have long lasting effects.’
TAXI LEAKS EXTRA BIT :
Let’s not forget that in London alone (where Uber drivers are registered, because it’s so easy to get a licence with TfL) there’s approximately 11,000 Uber drivers who still have not been dealt with by TfL after obtaining PH licenses with fake DBS criminal record checks.
The fact that UberRape in the capital increases year on year by 30-40%, the fact that TfL swept this fake DBS scandal under the carpet is unbelievable.
Posted by Editorial at 10:49 AM

What's getting your tits fondled when your saving £2 on the ride ???
Just like the woman who fell out a rickshaw at kings cross and cracked her skull.
Good luck with compo on that one.
You reep what you sow.

Lets get this story out widespread. Lets hope these women get compensated five,six or even seven figure sums, then Uber might wake up to their responsibility and protect their clients. These drivers should go on awareness courses to be told women are not their sexual play things but to be loved and respected. These women could be wives, daughters, mothers. Since we have allowed our country to become multi-cultured we have some outlooks on women that are different to our British values. We should not tolerate these other ancient, outdated views from the past. If women want to travel on their own they can safely travel in the safest way by using black cabs.

At least she saved a fiver to get home tho. These people will never learn, it's happened before it will happen again. Playing roulette to get home shouldn't be an option.

dear 12.12pm that made me laugh,still many a true word spoken in jest.