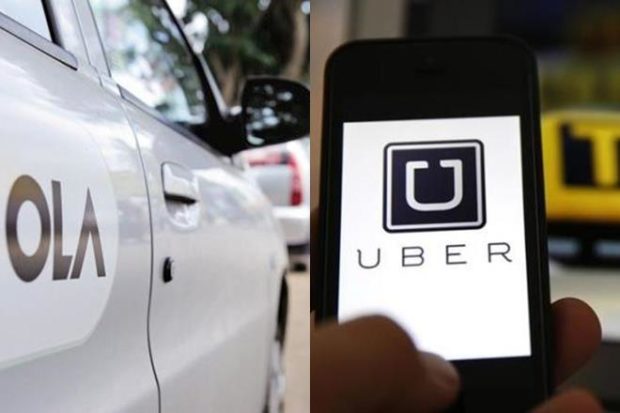 It's evident that our demise is caused by technology. If UBER disappears then another app takes its place. Possibly now private hire journeys shall become even cheaper with price wars between different app providers.

Wake up & smell the skinny latte, everybody! Basically, the authorities will never ban these incompetent & dangerous forms of transport.
The truth is that there’s too much money floating about, to do the right thing & put the public first. These multinationals & investment companies will not be prepared to let anyone stand in their way & their ultimate aim is domination of the hire market. The people who do have the power to stop this, are also disinterested in assisting matters & this is for a multitude of reasons. (I am sure you all have your own favourite reason; if not write them all down & stick a pin in to make a choice!)

Also, not directly connected but an insight to how much the authorities are inept & London has now descended into a state of lawlessness.

I would like to ask if anybody saw the incident on the embankment on Friday (28/06/19) at approximately 21.00. There were around 350/400 cyclists (possibly more) who drove along Northumberland Avenue & blocked all traffic at the junction with the embankment.
The cyclists were an rowdy mixed bunch, with many under 25. They physically stopped all traffic & several acted in a threatening way towards drivers who wished to lawfully proceed. They blocked the junction for a considerable time & until all cyclists had turned left onto the embankment. They then all stayed in the road & out of the cycle lane, holding up traffic all the way to Southwark Bridge junction.
At this point, they again aggressively blocked traffic from all routes, until they had all turned right over the bridge. And what did the authorities do (who could surely see this on traffic cameras), well to the best of my knowledge..... sweet FA!
Unless a miracle occurred on the south bank & they were all apprehended, which I seriously doubt!
The point I am making here, is that I cannot imagine the same scenario, if vehicular traffic & drivers did the same. Why is this & what a sorry state of affairs! There’s an old saying...... ‘the lunatics are in charge of the asylum’ and never has this been more true, than now!

I,m a keen cyclist, cycle 20 miles every day, sometimes more, and i would welcome all cyclists having to have insurance, a cycle helmet, and a number on the back of the cycle, over the back wheel, so we could be traced in the event of an accident, also i would welcome paying some road tax, if it was going towards repairing the roads, potholes are a joke, maybe £100 to start, increasing with inflation! The amount of cyclists i see running red lights, not stopping at crossings and not having the correct lighting on their cycle is scary, if any lighting at all! Come on mayor khan or Boris if you get elected, make it law, cyclists need insurance, cycle mot"s and reg numbers, its only fair and i"m a cyclist! I"m also a pedestrian and have been hit by a cyclist on numerous occasions, some of my fellow cyclists are a danger to themselves and indeed other people, this madness has to stop!

Anon 2.26: to be fair, were they actually informed by anybody about this incident, ie authorities?

All of these companies require long term recognition on the "Taxi" platform and not as secondary private hire existence, Let's see if we use our established position to our advantage regardless of the competition and its plans because the scandals that haunt private hire are a real obstacle and the low quality of its drivers are always going to be its Achilles heel remember that.