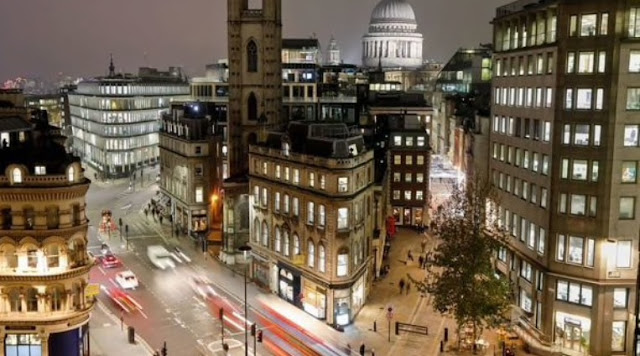 Ola, Uber's biggest rival in India, said it will take on the ride-hailing giant in London before the end of the year after launching in five smaller U.K. cities.

Bangalore-based startup commenced operations in Liverpool last month, having established its first European business in Cardiff in August and later added Bath, Bristol and Exeter. Reading and Birmingham will follow this month, along with Manchester in May.

U.K. Managing Director Ben Legg said the step-by-step approach should help Ola crack the London market. No date for entering the capital has been set, but plans are being developed and the launch will come before November and the start of the pre-Christmas rush.

"London is the most complex in terms of regulation and it’s got more competition for drivers," Legg said in an interview. "That’s why we wanted to work our way up, adding a little bit more scale and complexity with each city instead of doing London first."

Ola, owned by ANI Technologies Pvt, raised $300 million from Hyundai Motor Group in March, giving the ride-hailing startup a valuation of about $6 billion. Founded in 2011, it now has 1.3 million drivers on its platform and users across 125 cities in India, Australia, New Zealand and the U.K.

The race to the bottom started with uber but will finish badly with whoever it is, Thats The licensing authority for you folks

the licensing authority is the author of this sorry saga,shame they didn,t keep the licensing in the hands of the met and just out sourced the testing,still lets not forget it was LABOUR who introduced the london mayor,tfl and the circumstances that have led to our downfall.

the conservatives merely twisted the knife labour thrust into our trade,it was them who put in a london mayor,and tfl,how many of thatchers draconian anti trade union laws did labour rescind in their 3 terms of office?sweet fa,and what did lionel [sorry tony ]blair say?"we,re not going back to the days of mass pickets"forgetting it was the trade unions who kept his bankrupt party financially afloat before they got elected.what did labour do for the working man?not saying conservatives are any better,in fact as far as our trade go,es they,re all a shower of shit,so just wake up and smell the coffee and don,t be a "usefull idiot"

blair was a tory? well whats corbyn?who the fucks going to take a chance voting for him.give jeremy a chance?like we all did with labour?how many wars and innocent people died because of them and their lies about " weapons of mass destruction"? i see you have no answer to my point about labour causing all our problems with the introduction of "city hall" tfl etc etc all of which allowed uber in through the back door.i wonder if you are a socialist or a stooge put in by the tory party to discredit labour,as in the fashion of the renegade socialist from "the ragged trousered philanthropists" well enjoy your 30 pieces of silver if that was the case,and if we ever get a labour party that goes back to its roots and supports the working man it will get my vote.