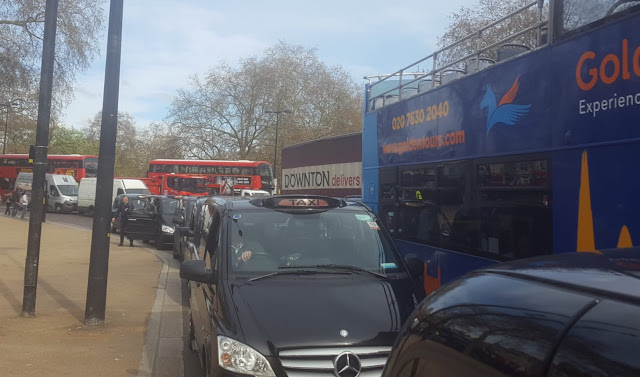 The ITA protest went on tour again this afternoon. The venue was announced (mainly by word of mouth and WhatsApp groups) Victoria Coach Station.
It was always planned not to stay there for longer then half an hour, as we didn’t want to disrupt people heading away on holiday, but the ITA wanted TfL and the police to know that should (at a later date) TfL still refuse to talk to our representative, we will hit it hard.
Just after 2:30 the message went out, cabs sounded their horns and made their way swiftly towards Hyde Park Corner which was soon gridlocked.
Police again tried to intimidate drivers by taking numbers but there is nothing they can do if you have your light off, seat belt on, and are stuck in heavy traffic. Haven’t we been told that we should turn off our ignition if stuck in traffic, to help improve air quality?
Buses leaving Victoria and coming north from South London were stack up in a walk of red along Grosvenor Gardens back up as far as vauxhall Bridge Road. 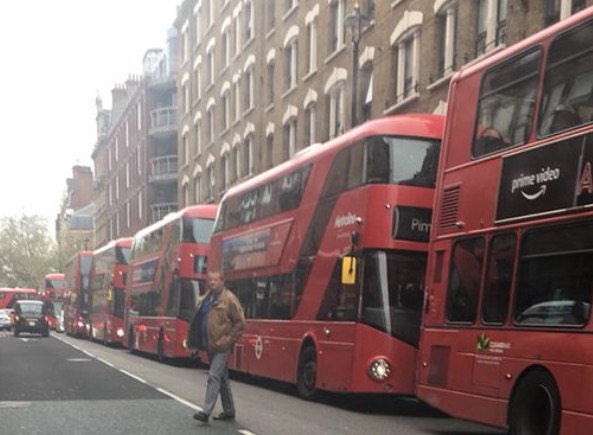 The female commander in charge today said nothing would come of the taking of numbers and that she was happy for us to be there. The police then mounted a big push and tied to clear the outside lane to run traffic around the protest, the order went out to go to plan C, which was Piccadilly Circus.
When TfL found out the new target was Piccadilly Circus, they tweeted the lights to stay on red hoping to creat traffic gridlock so the protest would move on, but their plan backfired as no one could move anywhere and virtually the whole of Central London ground to a halt.
Best sight of the afternoon were the passengers getting out of the working cabs who were now caught up in the mess. 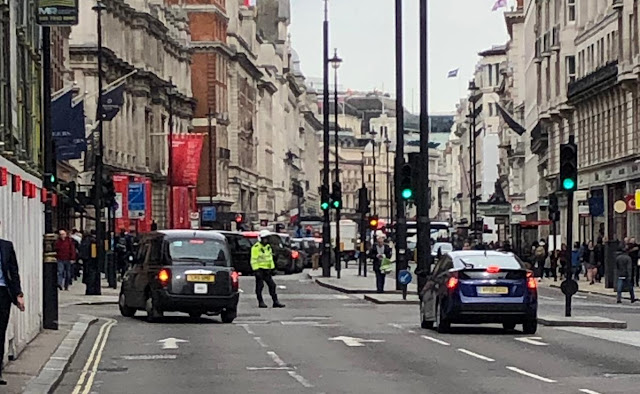 One clueless police officer tried diverting all traffic from Piccadilly at St James Street but Taxis we’re doing right onto Albemarle Street, working round into Bond Street and back on to Piccadilly, leaving him scratching his head.
With Piccadilly Circus at a complete stand still and still loads of Taxis on the periphery, plan D went into affect... Trafalgar Square. Cabs headed for the King Charles 1st round about.
All surrounding areas were mashed. Job done and the final whistle was blown around 4:30.
These ITA touring protests are seen by most of the drivers as the best way forward in future. Perhaps just one day in Parliament Square and another two days a week touring round.
There will be no more protests for a 4week break, to give TfL and local councils time to reflect. Morale is high amongst the drivers who are willing to keep this action up indefinitely. The ITA say next time, Victoria Coach Station will be blocked for four hours.
Well done to all my colleagues who have been there, shoulder to shoulder over the past twelve weeks. 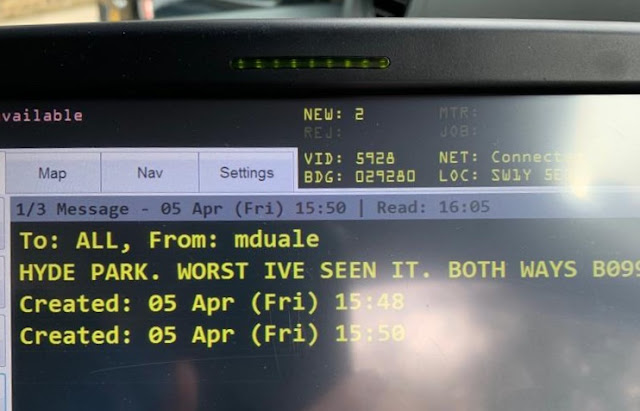 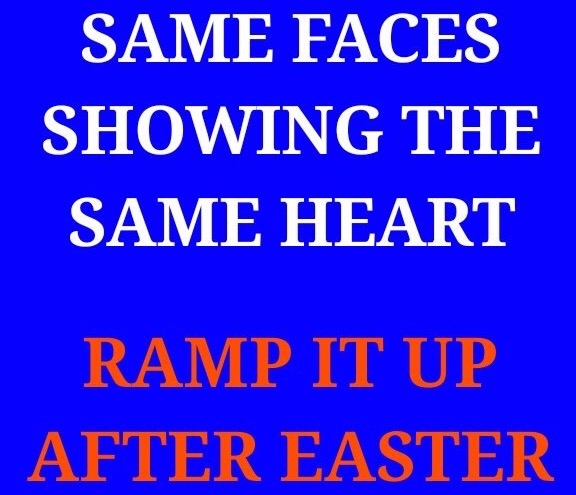 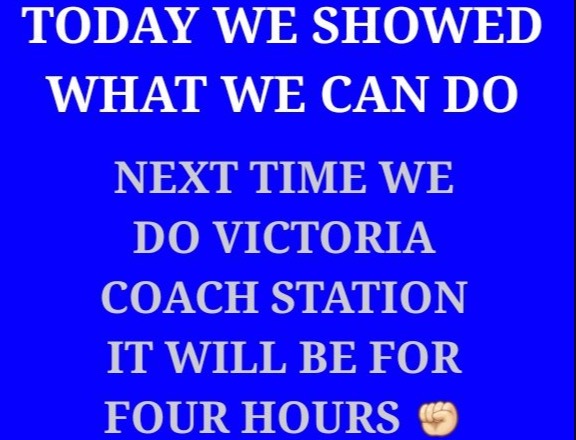 Posted by Editorial at 6:18 PM

From a non-cabbie, good job guys. Keep going and keep the pressure on.

And still you get the clueless bone heads, criticising & questioning those seen to be putting themselves out, attempting to save their job & future. I wonder if these fine upstanding people will refuse to use any benefit gained by others🤔! They’re the same people, who always say ‘why doesn’t somebody do something’? Whilst they merrily carry on when others ARE doing something - I believe the term is colloquially known as parasite! Keep questioning the actions of others though, whilst you ignorantly ignore everything!

Allegedly a cab driver said "Demos don't achieve anything" He should study in 'TAXI' archives the problems the trade has had over the years, and the many successes we've had.
The 'wet behind the ears', no nothing 'butter boys', who were not born when we had the 1978 demo, and successive protests, don't know what the hell they're talking about!!

To unknown at 02.29 AM: is it any wonder when you look at the calibre of those in the job now. I’ve heard of barrel scraping but the bottom of the barrel must have been well & truly ripped out! Although, it’s the same with all jobs now & more interested in employing people who won’t rock the PC boat than best for the actual job! To think how great this country once was & the will & desire it’s citizens once had to overcome the odds. And now it’s full of headless chickens who are scared of their own shadow!

To 11.12 anon
Vote UKIP and take this country back.
See this as a great opportunity comeing out the chaos
that's been caused by that load of muppets in Westminster.
If it wasn't for there unbelievable incompetence UKIP
Would not of had a chance.
Now there going to sweep the board
Just like the brexit vote.
They in as much touch with the common man
As a bad case of the screaming ab dabs.
Get rid of the lot of them vote UKIP.
Remember a new broom sweeps clean
in all departments.