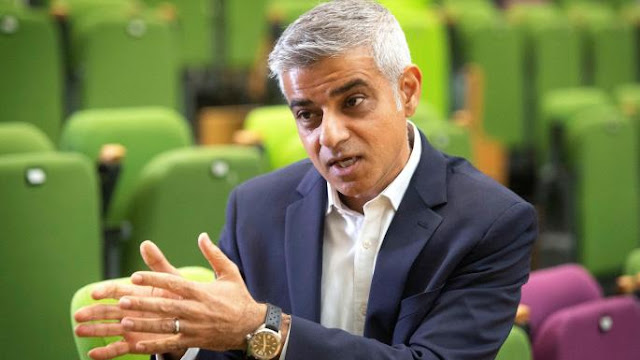 In an article published in City AM, it’s been alleged that Transport for London’s boss Mike Brown ordered references to the difficulties Crossrail was experiencing with dynamic testing to be removed from email updates sent to Sadiq Khan, it was revealed today.
At a grilling by the London Assembly's transport committee, Howard Smith, operations director for TfL Rail and the Elizabeth Line, admitted he felt Crossrail ought to brief the London mayor that there was insufficient time to carry out dynamic testing.
The London Assembly has been able to get hold of key emails exchanged between senior members of TfL and Crossrail as part of its investigation into the railway's delay, which was revealed last summer.
The £17.6bn Elizabeth Line was originally scheduled to open last December but has been delayed indefinitely due to time and cost pressures.
Tom Copley, a Labour Assembly member of the committee, read out one particular email dated 19 June, in which he said Smith appeared to be "quite adamant that this needed to be included".
"I'm wondering why you think it was taken out, as it transpired, by Mike Brown?"
Smith said a paragraph that referred to the time constraints around signalling testing should be included in an update to the mayor.
The email read: "Removing the statement re insufficient testing time is wrong. If it's Andy or Steph who've done so I think you need to explain that we (one) see it is a critical issue that we need to note. I'd remind them that we have been taken to task (on stage two) for not highlighting risks. If it's Mike I don't think it changes my view but he is the boss."
The Crossrail crisis reached a height in September when the London Assembly accused Khan of misleading the public about what he knew and when about the delay. The mayor has maintained that he was only informed of the delay to Crossrail two days before it was publicly announced on 31 August last year.
Copley then asked if there was a general culture at Crossrail and TfL of people lower down the chain of command not wanting to send information further up out of fear of the reaction.
"I think more widely, probably yes," Smith replied.
"When we go back over Crossrail history we will find occasions of that happening. But do I think that email itself is direct suppression of something vitally important? No."
A TfL spokesperson said: "TfL produced regular reports for the mayor, drafted with input from Crossrail Limited and London Underground’s Elizabeth Line team.
"There were rare occasions when it was felt that information should not be included as a simple line in a weekly report but needed detailed explanation at regular face-to-face meetings, including details of the planned remedial action to be taken.”
Source : City AM
TAXI LEAKS EXTRA BIT : Mayors Question Time Bexley.
At last nights Ask The Mayor in Bexley, a young female Cabbie in the audience asked Sadiq Khan, I am being forced to buy a £65,000 electric Taxi but as my cab is completely wheelchair accessible, has facilities from the blind and hearing impaired. I need the ability and assurance to be able to drop my passengers door to door, but I’m being banned from Tottenham Court Road, Tooley Street and the Bank Junction.
The Mayor waffled on praising the trades disability accessibility. He went on to say, Tottenham Court Road is the responsibility of Camden Council and Bank is City of London....he said he will continue to lobby council leaders.
He made no reference to the TfL bus lanes we are excluded from which he promised us access to when campaigning for Mayor.
There was also massive applause and much support when a member of the audience accused the Mayor of waisting £180m on cycle schemes that are only used by 4% of the population of London, money that should have been used on helping the police and solving knife crime that affects everyone one, not just a Lycra clad few. The members of the GLA accompanying the Mayor looked totally shocked at the level of support coming from the audience.
This is the Mayor who considers Taxis are no longer Public hire but Private Hire.  Project Horizon in full swing.
Posted by Editorial at 12:30 PM

voted for that arsehole,what was the option though? zak goldsmith?what a win double,why do we need a london mayor?

I thought there might of been an article about TFLs taxi age limit consultation,

I just had to leave in the end because I just couldn’t sit and listen to the lies and waffle that came out of the Mayors mouth was unbelievable and how he kept blaming everybody else, he promised that he would back the black cab trade all he has done is stabb them in the back disgraceful behaviour, how the black cabbies pay £60,000 plus for electric cabs when the plan is to ban them from London Roads,
I am so upset with all these self serving politicians who only look after themselves and at the moment don’t think I will in all honesty ever vote for any of them ever again
Lynn Williams

Totally agree with the above comment. London worked fine without a 'mayor'. How has this position improved the city? This used to be the greatest city in the world, but now I get more embarrassed than proud of it.

This country was lost on the playing fields of Eton, to much greed at the top, to much corruption, useless greedy corrupt career politicians, clueless most of them, and im afraid most of the people in the country are couch potatoes, what great britain needs, is some of the french fighting spirit! The french don"t like to bow and tip their hats at some titled prick, we have a class system in this country and the world famous black taxi driver in london was one of the best jobs a working/lower class person could get, now its been taken away from us, by a bunch of Eaton boys, making a nice bundle in the deal to make our job a waste of time, money wise, unless you want to live in your new electric cab, literally, you couldn"t make it up! Great Britain? maybe once, fighting dunkirk spirit, not any more, and its not the fault of the immigrants, its joe english, no fight, no bottle, no idea!

Clearly demos do work!! Very interesting to see the successes of the trade over the years. These young drivers do not know of any of the struggles we have had!

We have to enlist the support of Jacob Rees-Mogg, who has been very supportive to our cause.
Alex Beyer (Retired licenced cab driver).

Jacob is a CONservative 9.19, hardly the people we should trust after cameron/osborne/boris/uber scandal , and jacob has a 60million pound hedge fund that although he is a very pro brexiteer, moved his cash to Dublin! I look forward to him backing our fight , but won"t put my hard earned cash on it!

dear 6.22pm what have YOU done to fight against all these injustices? the cab trade is crying out for someone with a bit of fire in his belly and balls of steel to lead us on to victory,let yourself be known to us before its too late,POWER TO THE PEOPLE.

Thanks 2.30, i go on demos with the rest and wanted more positive action over the years, but nobody wants to do anything that is not pushing the boundaries, as i stated before, i had a sour taste when the demos started back in the day, and we were going to demonstrate on the queens garden party day, 12000 people needing to get home, the demo was gona be on the mall, boris the CON mayor and cameron the CON pm were at the party, but the demo leaders, (not this org i hasten to add), decided to go the next week instead, so not to disrupt the queens garden party guests! Now, what could have been better than having boris and cameron, been asked why people cant get a taxi, or a bus, because of a massive demo outside? What are they protesting about boris? david? Think of the publicity in one day, 12000 guests at buckingham palace cant get home because of a taxi demo , bought on by The prime minister of the CONservative party, the London mayor of the CONservative party, letting an unlicenced app take the drivers work, illegally,looks like David and Boris are sharing a bed at buckingham palace! But, we decided to call off that once in a lifetime coux, and go the next week for an hour, when traffic was rerouted and nobody knew we were there! The writing was on the wall from day one with the biggest trade org im afraid, and the apathy of drivers working when we are on a demo is just nuts, on a demo day, in france, they would smash any working taxi anywhere in the city, or at least let the driver know about it, over here, its acceptable, im afraid while i still go on a demo, i think we are finished, a small victory getting back duke st hill was met with roars and cheering, it was a well fought campaign, but the prize was peanuts compared to the real issues, 90% bought on by the CONservative pm, CONservative chancellor, and CONservative mayor, now we have Labours useless mayor adding his 10% damage, but the great UBER scandal finished the street work , that was our usp, and that was 100% CONservative fault, without street hail we are just a more expensive minicab service, only priced out of the job with the 67k vehicle, thats without the new battery in a couple years, i take it you are a CON 2.30? Power to the people? Not in London im afraid, we are a bunch of bowers and scrapers, hat doffers and servants, we know our place and with the foot soldiers on the ground, voting for the Eaton boys who have their hand in your pocket, theres no chance of a victory brother! We need to take a few tips from our french comrades, but im afraid we don"t have the bottle!