TfL are under fire again for a breach of their own regulations. 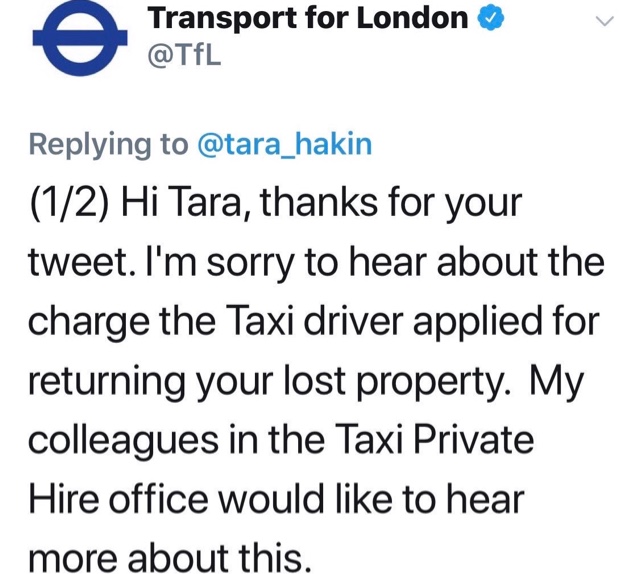 So, TfLTPH are referring to Privat Hire Drivers as 'TAXI' drivers now ???
The Private Hire Vehicles (London) act 1998 section 31 states that using the words Taxi or Cab in advertising of their services is clearly not permitted....although TfL don't seem the least bit perturbed by the continual usage of the term Taxi by the mainstream media when referring to the private hire trade of individual private hire driver.
But this time TfL seem to be in contravention of their own regulations when recently they put out a post on social media, referring to a Private Hire (minicab) driver, as a Taxi Drivers.
We await with baited breath a full apology from the director of Taxis and Private Hire at TfL.
TFL's logo on this advert for Private Hire drivers English language corse....containing the word TAXI.
IT JUST GETS WORSE, DAY BY DAY. 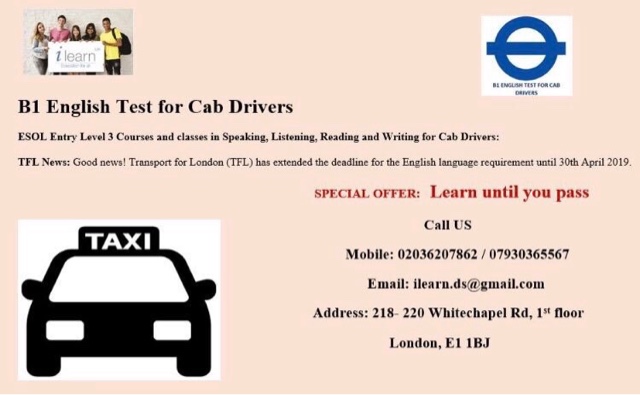 TAXI LEAKS EXTRA BIT :
As the legal definition states that a Taxi driver is someone who charges a fare using a Taxi Meter...it could have been argued that, as Uber drivers fares are based on the use of a Meter measuring time and distance (the definition of a Taxi meter), that actually they could be referred to as Taxi drivers....But was is not TfLTPH who went to court and argued on Ubers behalf, that as their phone meter wasn't physically fixed to the car, it couldn't be argued that it was in fact a Taxi Meter!
Rendering the drivers as no more than a minicab drivers and not a Taxi drivers!!! 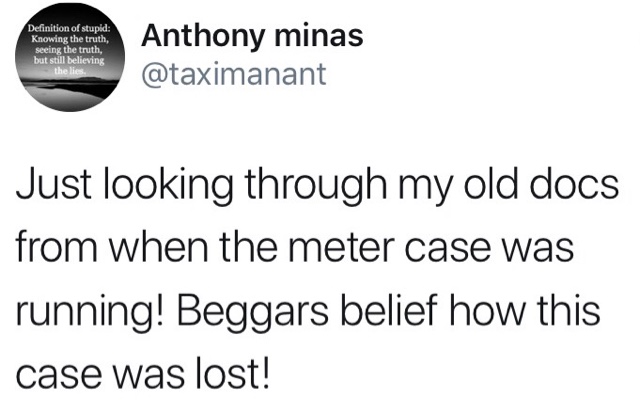 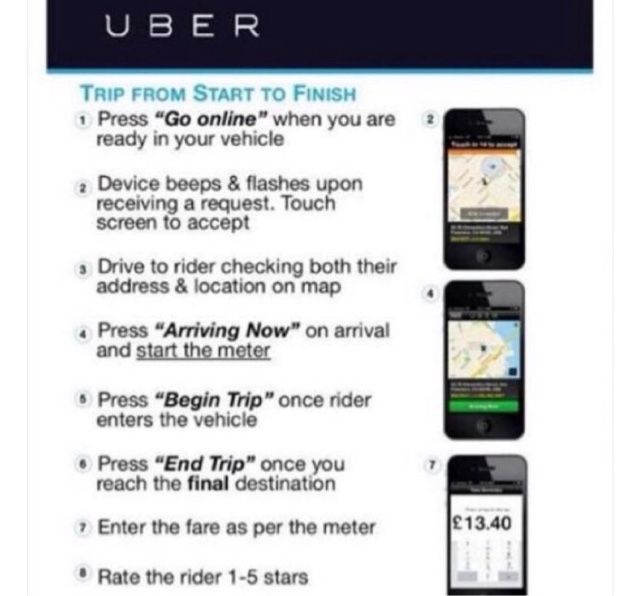 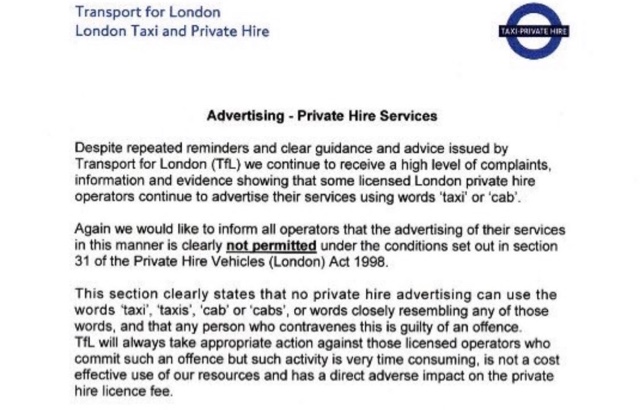 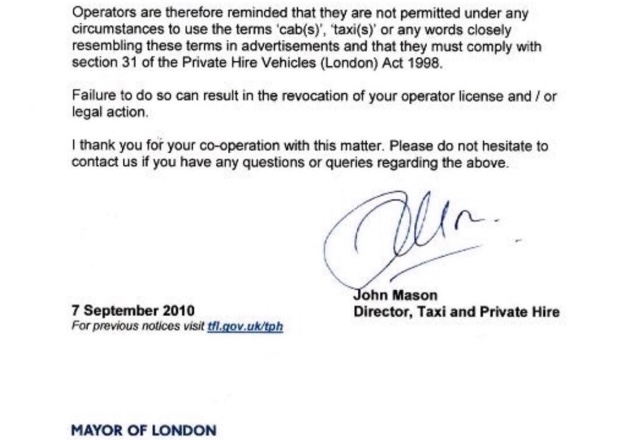 Below (just incase TfLTPH have forgotten their own legislation)...is the applicable section (31) from the Private Hire Vehicles Act 1998:

(1)This section applies to any advertisement—

(a)indicating that vehicles can be hired on application to a specified address in London;

(b)indicating that vehicles can be hired by telephone on a telephone number being the number of premises in London; or

(c)on or near any premises in London, indicating that vehicles can be hired at those premises.

(2)No such advertisement shall include—

(b)any word so closely resembling any of those words as to be likely to be mistaken for it,

(whether alone or as part of another word), unless the vehicles offered for hire are London cabs.

(3)An advertisement which includes the word “minicab”, “mini-cab” or “mini cab” (whether in the singular or plural) does not by reason only of that fact contravene this section.

(4)Any person who issues, or causes to be issued, an advertisement which contravenes this section is guilty of an offence and liable on summary conviction to a fine not exceeding level 4 on the standard scale.

(a)he is a person whose business it is to publish or arrange for the publication of advertisements;

(b)he received the advertisement in question for publication in the ordinary course of business; and

(c)he did not know and had no reason to suspect that its publication would amount to an offence under this section.

Posted by Editorial at 3:41 PM

Lies on top of lies on top of lies.
How do these wankers look at themselves in the mirror ?
Sooner the lot of them are dealt with the better.
Khans a absolute piece of shit.
Not fit for purpose none of them.

none of this solves the problems of:

being 'saddled' with an uneconomic vehicle
roads & routes, being 'closed off' to us, left,right & centre