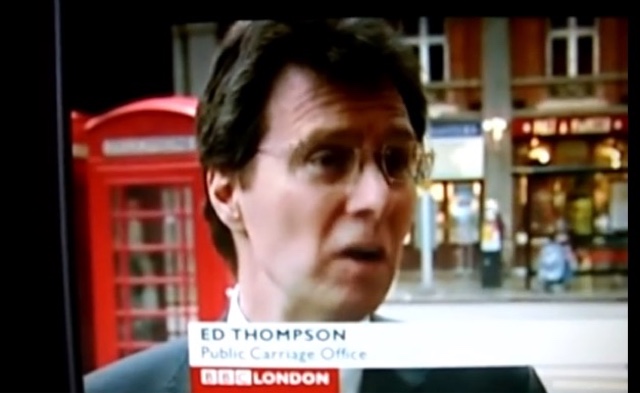 They lied back then, they're still lying today...
It has been bought to our attention that a reply to driver’s complaints from then spokesperson Luke Howard included a number of incorrect statements.
Mr Howard says;
“It is perhaps worthwhile letting you know something about the current legislation covering 'immediate hirings'. There were a number of court case rulings before 1976 that stated that minicabs should not be available 'for immediate hire'. This changed however, when legislation was passed in that year (for areas outside London) and in 1998 when legislation introduced private hire licensing in London for the first time.


The act of 1976 as Mr Howard quite rightly points out does not apply to London and therefore is irrelevant full stop.
The 1976 and 1998 legislation does not have this 'not for immediate hire' restriction.


Even though the 1998 act makes no reference to ranking or parking of mini-cabs, doesn't make it legal for them to do so.
Just going back to the year 2002, a judge made a decision on the definition of “plying for hire” and found two mini-cabs cabs guilty of such an offence based upon case law...


The PCO/TfL have never sort to overturn the judgement laid down by the court and we believe, in this instance, they may be acting outside their remit and role by interpreting what they believe the “right to ply for hire” actually is, even though they and their lawyers know of recent court decisions like the judgement in Eastbourne......!


The requirement now is that the booking must be recorded before the journey commences, so it is legitimate for the vehicles to be waiting as describe.


In the complaints made to TfL/PCO the private hire vehicles in question were describe as being parked on red routs, double yellow lines, zig zag lines and 24 hour bus lanes. Legitimate?

This was a very misleading statement from Mr Howard and we asked why it was made?
At that time, TfLTPH did not reply!


Just because the legislation of 1998 did not include the phrase "minicabs should not be available for immediate hire" does not mean that it is now legal for them to do so.
This part of the original act has never been repealed, replace or challenged and still stands in common law.

This is again more proof of the lenient attitude shown towards private hire’s illegal activities and proof also of TfL/PCO reluctance to enforce current legislation.