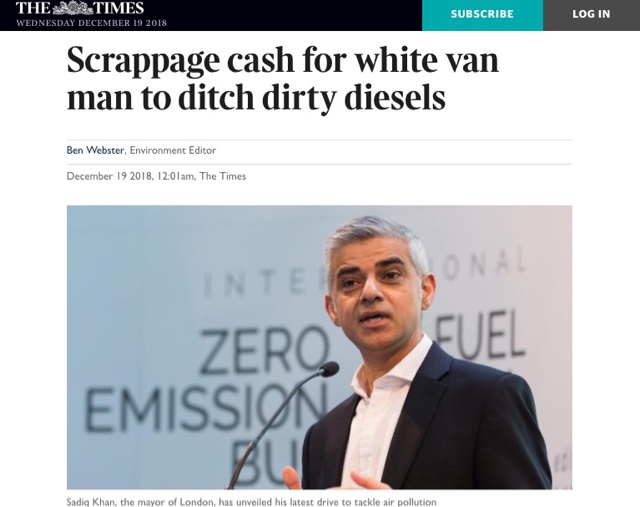 White van man is being offered a reprieve from daily pollution charges of £12.50 under plans to improve air quality with a vehicle scrappage scheme.

Small businesses employing fewer than ten people will be able to apply for a grant to help them to switch from a diesel van with high emissions to one of the cleanest new models.

Sadiq Khan, the mayor of London, announced the £23 million scrappage scheme after being accused of threatening the viability of small businesses under plans to introduce an ultra-low emission zone in central London on April 8 next year.

Pre-2016 diesel vans and cars that do not meet the latest European emissions standards will have to pay £12.50 a day to drive in central London.

The Tory's have said that this will be seen as Sadiq Khan's Poll Tax and we could see riots with the backlash from thousands of angry drivers and small businesses. 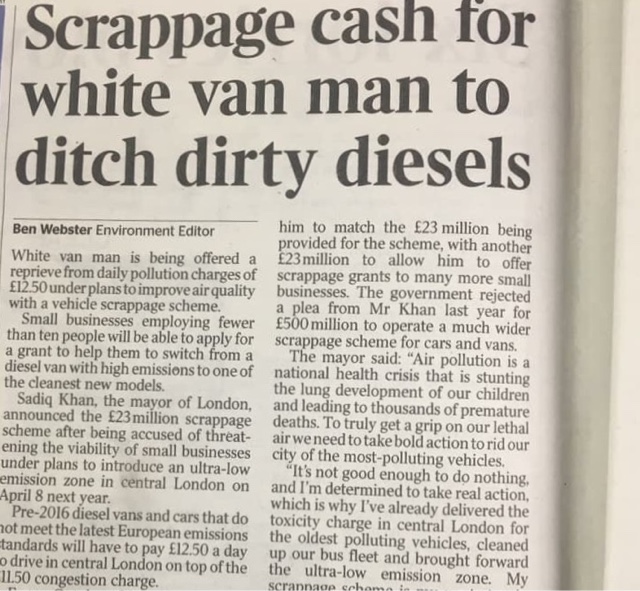 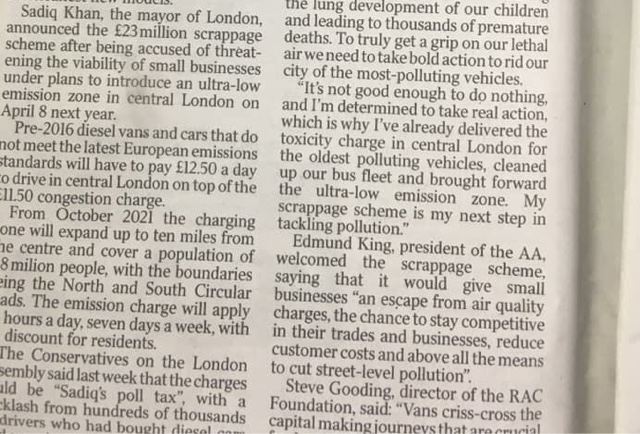 Source : The Times.
Posted by Editorial at 1:54 PM

It won't be long before cabs are included, remember we are excused not exempt from payment.

maybe we can pay a bit extra as we can carry more people than an uber?

say what you like about the french,but at least they don,t stand the 3 card trick like us mugs