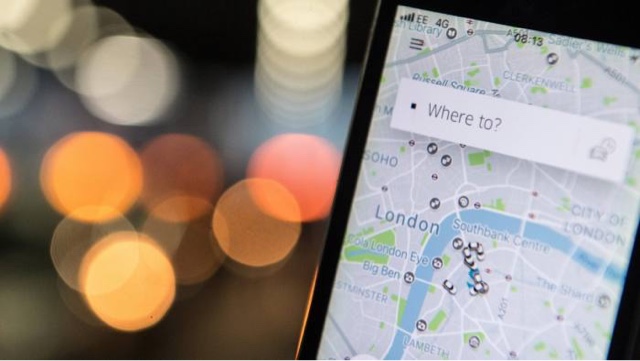 Uber looking to integrate London bus and Tube data into its app after Dara’s visit with on-side Mike!

Uber has spoken with London’s transport authority about "deepening" their relationship, as the ride-hailing app seeks to strike partnerships with public transportation providers

This from the FT:

Uber has spoken with London’s transport authority about "deepening" their relationship, as the ride-hailing app seeks to strike partnerships with public transportation providers.

The company is attempting to integrate Transport for London’s data about bus and Tube timetables into its app, according to people familiar with the matter, in a move that would put it into direct competition with venture capital-backed start-up Citymapper.

Although TfL has a publicly available interface for accessing the data, Uber is seeking to build services on top of that, such as live updates. Three people said Uber had a long-term ambition to build a full journey planner and accept payments on behalf of public transport authorities such as TfL.

TfL said it was "not actively doing anything to help" Uber integrate data.

A spokesperson added: "We’re not in discussions with Uber or anyone else about taking payments for our services through their apps, and not looking to do so in the future."

TfL has tried to incorporate new mobility services, such as bike-sharing and ride-hailing, into London’s transport system. But it has been wary about integrating with private companies in any move that could lead to greater competition for public transport.

Uber has had a fraught relationship with TfL in the past after facing a public battle over its licence to operate in London. The licence was revoked after TfL found Uber was not a "fit and proper" operator, but the company won it back after announcing a series of concessions to the regulator.

Since its victory in court this summer, Uber has retrained its sights on London as a test bed for its new vision to build a marketplace for bikes, scooters and other forms of transport. Uber is expected to launch electric bikes in the capital by early 2020.

Dara Khosrowshahi, Uber’s chief executive, has suggested public transport is the company’s next frontier in passenger transport. Uber has already run trials to integrate its app with public transport information in San Francisco through the Bay Area Rapid Transit system and announced a partnership with Masabi, an app that provides mobile ticketing for public transport.

One senior UK-based executive said Uber’s ambition was to become an alternative to Google Maps or Apple Maps for someone planning a journey. The service would resemble one run by Citymapper, which operates in several US and European cities, including London, Berlin and Paris.

Michael Hurwitz, director of innovation at Transport for London, told the Financial Times earlier this year that TfL was ambivalent about fitting private services into a comprehensive transport app, saying: "It’s about getting our own house in order, better integrated, and when and under what commercial circumstances you might open that out."

Posted by Editorial at 1:11 PM

Anyone know where i can order a few new electric taxis in time for xmas, im worried that this 65k deal is going to slip and i have to pay 2 grand more next year!

Due to the imminent kipper season, and sky high cost of barely living, i have come up with an ingenius idea that i hope will gain the support of my collegues in this new brexit, eu free independence we are lucky to be getting, with lots of extra cash to spend! My idea is quite simple really, im hoping to give some jobs to english workers to, no more excuses not to work! Basically, i think we coul;d all stand a small charge to enter the taxi rank, maybe as little as £2 a fare, nothing when you get a nice flyer from the rank! This might be increased in time, but shouldn"t go over £5, a donation would go to tfl, im thinking of 5 %, and a small donation to the CONservative party, the party of free trade and business! Obviously their would be a small fine for ranking up without paying the fare(maybe £200), and i am p[repared to give a sum of my profits to charity! Its a win win, tfl-profit, CONS-profit, a small army of english university leavers or jeremy kyle viewers get the chance to work!(it might be zero hour contracts to start but at least they will be off the unemployed list!) charity wins! whats not to like!And for a small fee, (say 5%), im thinking of letting drivers pay by card! If any drivers are interested in boosting their income in january let me know, a uniform will be provided(at your expense), and any taxi rankincome officers(trio"s), will be eligable to rank up for half price!I will need a current dbs certificate, but if you think thats a silly waste of your time(as you obviously already have one being a taxi driver), then im prepared to just collect the dbs cert charge, around £70, without you going through all that post office stuff! Im thinking of a loyalty card, where you pay up front, and can win a prize(maybe m an s vouchers), or something equally as exciting, just going to call tfl and the CONservative party hq to ask them are they ready to accept lots of cash? Its a Win Win people, a Win win!