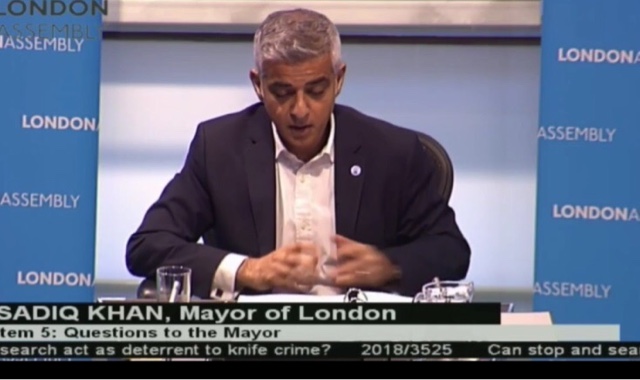 With the Met Police screaming out for funding to fight knife crime epidemic, London's mayor Sadiq Khan, has been slammed for spending £1.7million on new water fountains instead.

It will soon be easier to find a water fountain than a police officer in London. Taxi drivers at the centre of violent attacks and robberies are regularly told "we have no units in the area... but we can give you a crime number for your insurance" not a lot of help if you’ve been a victim of an acid attack.

Will the police response now be "acid attack, ok.... I can direct you to the nearest water fountain. Hang up, and I’ll send you a text with a map attachment".

THIS FROM FACE BOOK TODAY... 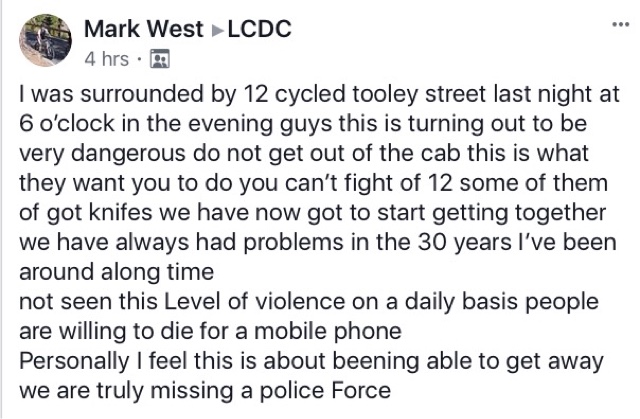 Mr Khan intends to install 100 fountains and bottle refilling station across the capital in a bid to discourage single-use plastic waste.

But his opponents criticised the mayor’s plans which come amid a spate of violent attacks in London. It appears youths are being stabbed and slashed with knives. As of yet, there doesn’t appear to be any reports of youths being attacked with plastic bottles.

Conservative mayoral candidate Shaun Bailey agrees: "At a time when violent crime is going through the roof, this sadly shows how skewed Sadiq Khan’s priorities are..... and is symptomatic of a wider culture of waste in City Hall, where money is being lavishly splashed on press officers and leadership courses."

The new plans were revealed in the mayor’s draft budget along with a controversial £9million increase in his staffing costs.

Knife crime is currently through the roof, London’s road are in a worse state than they were directly after the blitz, there are more Londoners living on the street than at any time in recent history and less police officers than under any other mayoralty. After spending near on a billion pounds implementing segregated bike lanes and enforcing no right and no left turns.... gridlocking the arteries of the transport system, we now have more cyclists killed and seriously injured than before.

Still, it’s nice to see the Mayors office staff being rewarded for their woeful inadequacies with massive wage rises.

Also, in a bid to cut the use of single use plastic bags, (not to double the profit standing at £22m last year... honest), supermarkets will be doubling the price of bags from 5p to 10p.

Amazingly, when I recently asked a staff member in Asda if a could take the cardboard box he was emptying, stacking the selves, I was told "no, orders from the management, we have to break down all boxes".

Posted by Editorial at 9:27 AM

The water fountains are designed to douse acid victims and clean knife wounds. Surely you don’t think the mayor is that silly.

Fantastic news, they can double up as a coolant for your nuts after you been sitting on the electric taxi battery for ten hours!

What a shit hole London has become.

Hope they don't put any around Edgware rd or Whitechapel if it's anything to go by the toilets at the Airport feeder park there will be plastic bottles everywhere,what a piss hole this city is.

The man is doing a great job NOT...What the F has this clown done since he took charge..it’s bloody criminal that someone so clueless do so little and earn so much...JOKE!