Uber’s next trick? Bouncers for hire. 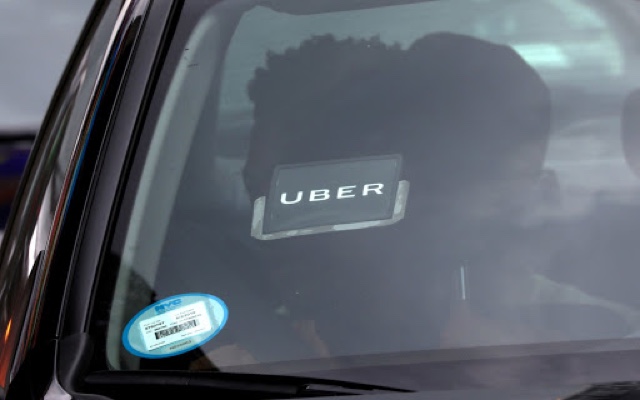 First it was cheap taxi rides. Then it delivered takeaways from restaurants that were once the preserve of those dining in.

Now Uber is shipping out short term staff for all your function needs, in other words Door Staff, Bouncers Waiters etc.

The Silicon Valley startup-turned global enterprise is said to be working on Uber Works, which will offer up temporary staff such as security and event assistants for functions at the tap of a phone screen.

It is already building up a team in Chicago, according to the Financial Times. If true, it seems like a surprising pivot from its main business model.

The news will add further fuel to grumbling workers’ rights campaigners across Europe, who have tried vehemently to oust Uber for its poor track record on giving benefits to its couriers and drivers, who are not technically employees.

Uber has already waded into an ongoing row over drivers’ rights, with campaigners claiming they should be classes as employees. And it has only just smoothed over its hiccup in London, where its licence was revoked in 2017.

Offering up temporary staff without rights could cause more of a headache across European cities.

It also seems particularly tone deaf for a company so hellbent on cleaning up its image, investing heavily in a rebranding in recent weeks. The zero hours contractor market is already viewed with some suspicion in the UK due to employees' lack of holidays or guarantee of consistent work.

Plus, the market is well trodden. Staffing and contractors companies including G4S (is that not linked with the PM’s husband?) have a strong hold, and clients might need more than a swishy app to convince them to part ways.

However, this leak could be a stroke of genius for the company, which is preening itself ahead of a stock market debut tipped for 2019.

Questions remain over whether Uber can continue to grow in both new and established markets as competition ramps up.

The company declined to comment when approached by The Telegraph, but stay tuned. Under new boss Dara Khosrowshahi, the company has been working to clean up its act and transform its business model from startup to a responsible business investors can expect a return on.

Posted by Editorial at 1:40 PM

Maybe the CONservative cnuts that allowed uber in to London can use these uber bouncers as protection around their country retreats when nobodys working in the country and the crap hits the fan! They might have finished us, but we are only a rag tag army to interested in the next fare, when nobody is paying their bills in the whole country because they are all on zero hour contracts earning peanuts the CONS will have a proper fight on their hands!

The more businesses that are effected by Uber the better for us Minionsas it’s beginning to effect people who never understood or gave a toss about the Taxi trade.

yes, thats true 7.48, this ai technology can bring the whole workplace down, even buying a place on redbrick for £850 instead of paying an estate agent 3 grand is going the put agents out of business, thats their uber, and just one example of things changing, shops shutting, people out of work, yet record employment? They all working zero hour minimum wage no contract useless jobs, and i think its the way we all might be working with no regulations, best thing is to not spend anything like new car, taxi, whatever, tighten your belts and play them like they play us with uber, use cheapest way to do anything, whether shopping in lidl, (which is good quality stuf), ditch all the sky crap and tv direct debits, batten down the hatches, question everything youre payin out for, and play the game, do to them what they done to us!