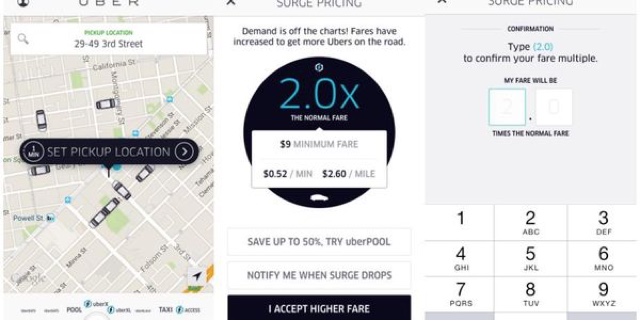 Uber drivers are deliberately going offline in unison so that prices surge and they can charge customers more when they log back into the app.

Uber’s so-called dynamic pricing model means that it responds to supply and demand, increasing the cost of a trip at busy times such as when bars are closing or it is raining.

One London driver wrote on an online forum : "Guys, stay logged off until surge," according to academics who carried out the study.

A second driver replied: "Why?" to which the original poster replied: "Less supply high demand = surge".

A third driver warned that, "Uber will find out if people are manipulating the system".

But the first driver was seemingly unconcerned. "They already know cos it happens every week," they responded.

During the study, academics from Warwick Business School and New York University interviewed Uber drivers in London and New York and analysed 1,012 posts on the Uberpeople.net site - a forum for drivers which is not affiliated with the company.

The researchers said drivers using the forum colluded to ensure that the number of cars in a given area would go down, causing the price to surge, potentially to several times the normal rate.

The researchers, Dr Mareike Möhlmann and Ola Henfridsson, of Warwick Business School, and Lior Zalmanson, of New York University, said the findings showed the limitations of management by algorithms rather than people.

They said that drivers have the feeling of working for a system rather than a company, and that this is exacerbated by the fact that they have "little, if, any, interaction with an actual Uber employee".

Dr Moehlmann said: "Uber uses software algorithms for oversight, governance and to control drivers, who are tracked and their performance constantly evaluated.

"In response, drivers have developed practices to regain control, even gaming the system.

"It shows that ‘algorithmic management’ that Uber uses may not only be ethically questionable but may also hurt the company itself."

Dr Lior Zalmanson, of NYU, said: "Uber’s strategy is not at all transparent . . . and this creates negative feelings towards the company."

Drivers are also playing the company’s Uber Pool cab-sharing service, which one forum user nicknamed "uberpoop", according to the research.

Instead of picking up one fare then driving to pick up another on the same route as the first, some drivers are simply ignoring the second customer or turning off the app, the academics found.

The authors of the research said drivers were, "under constant surveillance through their phones.

"Drivers’ behaviour is ranked automatically and any anomalies [are] reported for further review, with automatic bans for not obeying orders or low grades," the academics wrote.

The drivers behaviour could therefore be seen as an understandable way to break free from "algorithmic management", Professor Hendrison said.

The ride-hailing app, which operates in hundreds of cities worldwide and is valued at $69bn according to Bloomberg, has been plagued by controversy about its questionable management practices. 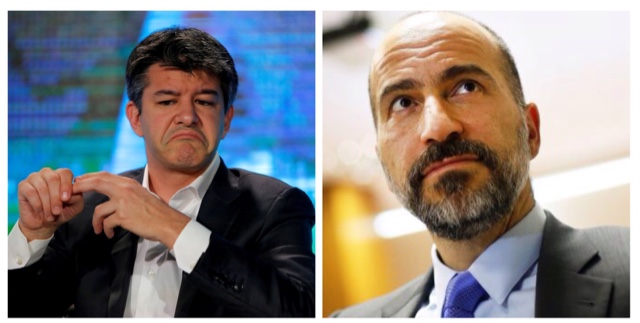 Founder and former chief executive Travis Kalanick left the company in June after a series of scandals including allegations of sexual harassment and bullying.

A number of news outlets have reported this week that he is trying to mount a bid to return to the company.

Posted by Editorial at 2:39 PM

Great idea if its true, and the CONservative government must applaud their astute business sense, don"t knock it, its just business!

Had the phone app been classed as a meter this surge pricing at irregular times would not have been allowed to rob people.

Serge price them all,all the time there only cheapskate tosses anyway
If it wasn't for uber there be on the night bus
That's why the buses are all driving about empty.
TFL are a bunch of piss taking office wallas.

Indeed 2.04, and why stop at 10x the fare? why not hit them with 100 x fare? Let the drivers earn enough to retire in a couple of years, get rid of them that way , they will have so much money in the bank that even they won"t fancy going out in the prius on a cold night! win win!

never mind about uber,seems we have a bigger enemy THE LTDA are they waiting their chance to sell us all down the river then sell up,and ride off into the sunset?[with their ill gotten gains]

anonymous 2.04,on your last point and what do,es that make us for sitting back and sucking on it?