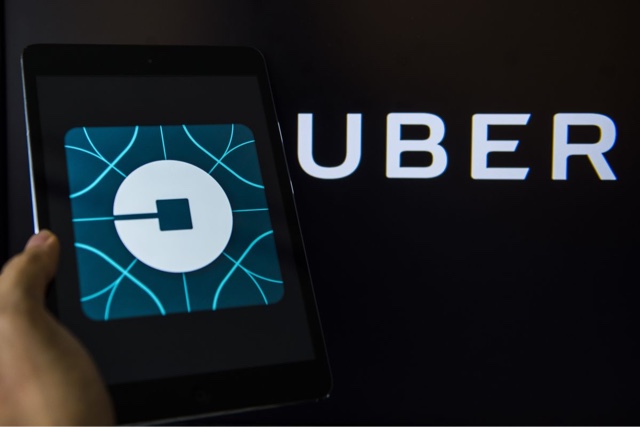 GMB union says 40,000 drivers are worse off through missing holiday and sick pay, despite a court ruling in 2016

Uber drivers are estimated to be more than £18,000 out of pocket because the ride hailing company refuses to recognise a two-year-old ruling entitling them to holiday pay, a minimum wage and rest breaks.

The law firm Leigh Day – acting for the GMB union, which brought the action against the tech giant – calculates that its 40,000 drivers are all owed almost £11,000 in wages and more than £8,000 in holiday pay. But Uber is continuing to appeal the ruling, made two years ago at the central London employment tribunal.

“These figures lay bare the human cost of Uber continuing to refuse to accept the ruling,” said GMB legal director Sue Harris. “While the company is wasting money losing appeal after appeal, drivers are up to £18,000 out of pocket. That’s thousands of drivers struggling to pay their rent, or feed their families. It’s time Uber admits defeat and pays up. The company needs to stop wasting money dragging its lost cause through the courts. Instead, Uber should do the decent thing and give drivers the rights to which those courts have said they are legally entitled.”

However, a spokeswoman for Uber said “almost all” taxi and private hire drivers had “been self-employed for decades”, long before Uber existed. She quoted an Oxford University study based on a poll commissioned by Uber, which found that its drivers make more than the London Living Wage. She added: “If drivers were classed as workers, they would inevitably lose some of the freedom and flexibility that come with being their own boss.”

Since the ruling, Uber says it has given drivers more control over how they use its app, plus sickness, maternity and paternity protection.

“We think the Employment Appeal Tribunal fundamentally misunderstood how we operate,” the spokeswoman said. “For example, they relied on the assertion that drivers are required to take 80% of trips sent to them when logged into the app, which has never been the case here.”

In its recent accounts, Uber London acknowledges that the self-employed status of its drivers is disputed. It says: “The Uber Group [is exposed] to numerous legal and regulatory risks, including the application, interpretation and enforcement of existing regulations … as well as risks related to … the company’s classification of drivers as independent contractors.”

… we have a small favour to ask. More people are reading The Guardian’s independent, investigative journalism than ever but advertising revenues across the media are falling fast. And unlike many news organisations, we haven’t put up a paywall – we want to keep our reporting as open as we can. So you can see why we need to ask for your help.

The Guardian is editorially independent, meaning we set our own agenda. Our journalism is free from commercial bias and not influenced by billionaire owners, politicians or shareholders. No one edits our editor. No one steers our opinion. This is important because it enables us to give a voice to the voiceless, challenge the powerful and hold them to account. It’s what makes us different to so many others in the media, at a time when factual, honest reporting is critical.

Our journalism is increasingly funded by our readers – thank you for your support. Less than three years ago we had 200,000 supporters; today we have been supported by over 900,000 individuals from around the world. Hundreds of millions read The Guardian’s independent journalism every year but less than 1% of them help fund it. Our long term future will only be secure if we’re able to keep growing this relationship.

But in the end they will have a judge that will uphold there appeal or the government will change the law for them the U.K. is more corrupt than any of the African governments 😬😬😬

UBER drivers £18,000 out of pocket My Arse . They get tax credits they get their housing and rent paid for them they get free prescriptions .And what do i get from central Government as a hard working law abiding tax paying taxi driver ???? yes you guessed i get fuck all nothing in 2014 my earnings were £1200 pounds a month down thats within 2 years of Uber getting a licence .Try going to your local council and ask them if you can go on tax credits or can you pay my Mortgage security will soon boot you out the door .No more for me Licence and medical due in 4 months they can have it back . Orgs are to weak to do anything and to many leaders in bed with TFL .Rant over time to get a life .

The reason why we are in this position is because Tfl/government know the Ltda have no arse hole & are run by arse holes.