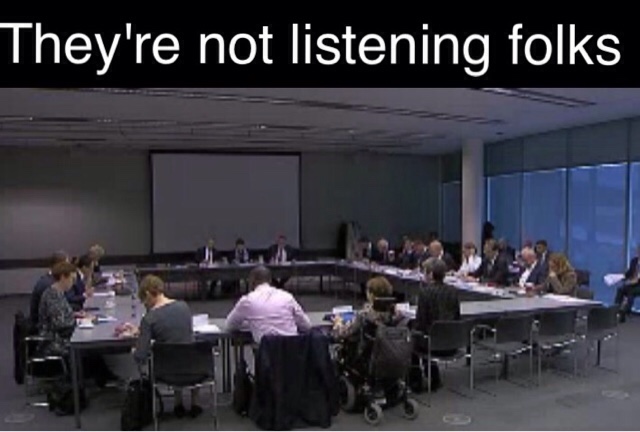 In response to the Secretary of State for Transport, Chris Grayling MP’s comments that Transport for London (TfL) is suffering “deep financial difficulties”, Gareth Bacon AM, Chairman of the London Assembly Budget and Performance Committee said:

“The London Assembly holds the Mayor and the organisations he runs to account. The biggest of those organisation is TfL and we take our role very seriously.

“The comments from the Transport Secretary are not dissimilar to what we have been saying for the past year.

“TFL is certainly in some severe financial trouble. A number of factors have contributed to this situation and we continue to investigate those factors and the implications for Londoners.

TfL is facing a £700 million annual cut in Government funding

Crossrail has been delayed and a later opening date is expected to cost TfL hundreds of millions in lost revenue.

“It’s clear that the primary cause of TfL's woes is the removal of the government grant. But the Mayor knew this was the situation before he took office and still imposed a fares freeze.

“We are one of the world’s greatest cities. It is absolutely essential that we have a world class public transport system. However, TfL is currently experiencing a perfect storm of fiscal uncertainty. We need to find a way through these issues and ensure TFL gets back into the black as soon as possible

London Assembly statement in response to secret TfL Crossrail meeting
In response to TFL's board meeting held in secret where Crossrail was the only item on the agenda... Caroline Pidgeon MBE AM, Chair of the London Assembly Transport Committee, said:
“Yet again TfL is not providing Londoners with the transparency they expect and deserve.
“Time and again, the Transport Committee, has criticised the Mayor, TfL and Crossrail for a lack of transparency and clarity.
“The Mayor and TfL are either wilfully ignoring our suggestions or are simply not learning lessons.
“There has to be transparency – especially when it comes to matters pertaining to Crossrail – for the sake of Londoners and to build trust.
“This meeting should be held in public and only when a sensitive issue is raised and discussed should the meeting go into private session.
“It is important for Londoners to know what is going on behind closed doors and feel respected enough to be told about something that ultimately they are paying for”.
Posted by Editorial at 10:28 AM