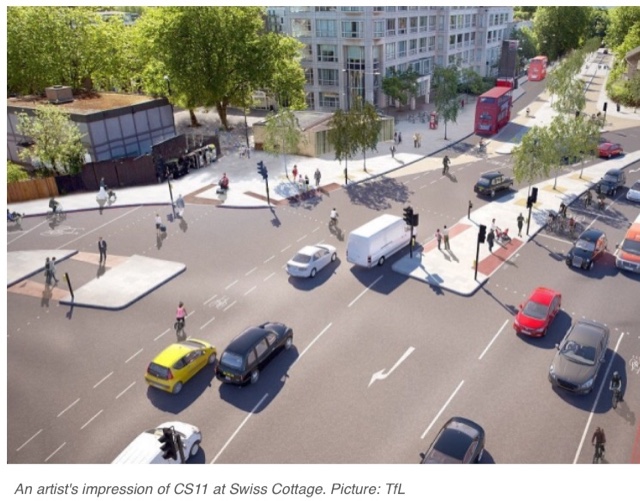 The judge has also ordered TfL pay Westminster Council’s legal fees. They must agree a figure or pay £50,000 within 14 days of the order, which was made today.

Campaigner Jessica Learmond-Criqui, who was a named party in the judicial review proceedings, told the Ham&High: "Have TfL learned nothing – rather than reading and absorbing the comprehensive defeat from last week, reviewing their processes and learning from the judge’s criticisms, TfL just went for an appeal. How clear does the judge have to be about his decision?"

A TfL spokesperson called the judge’s decision "procedural". They said: "We can still apply to appeal at the Court of Appeal, and we remain in discussions with Westminster regarding payment of legal fees."

Posted by Editorial at 3:11 PM

When tfl took over our reigns and castrated the pco most of us realised how political interference and ambition was going to replace common sense and the normal peoples views.

Todays Judgement and the continuing sabre rattling by tfl really underlines the monster of our deregulated government and its disrespect of the masses by the influencial few fringe lobby groups who critisize and fight their corner using no money but our own fees & taxes via a tfl staff workload.

Tfl will continue to waste high amounts of Londoners hard earned cash to fight finge issues in times where cash is hard to come by because of its own political agenda instead of a true service authoriity for the masses and for the benefit and betterment of All Londoners and not the few.

As I sit in traffic whilst cycles whizz past through red lights and Tfl fights to expand the nonsense of a London wide nightmare, I sincerely hope this legal judgement continues to thwart Tfl's madness to a point where they get eventually the message and stop encouraging untrained cyclists take to the streets to a point where they are severely injured or killed and TFl then feels justified to close roads like the bank junction in a mistaken justification.

Tfl's singular opinion is tantamount to a serious personality disorder which has run amok and needs serious checks in place to halt it as it seems after tfl's lofty reactions to todays findings, they seemingly fail to get the point and really do think there is no higher power than...... themselves!