Thousands of Uber drivers set to get $75, before lawyers’ fees, in settlement 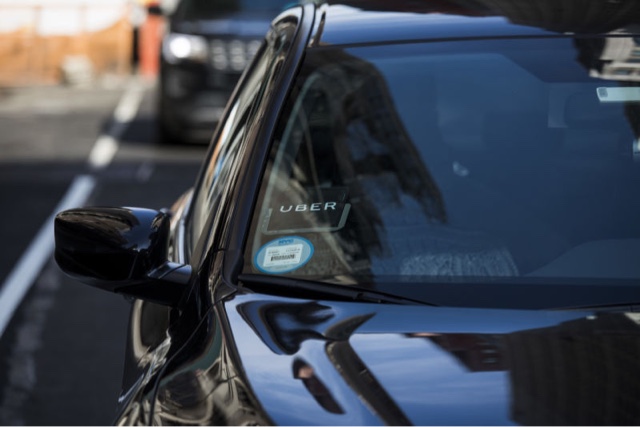 Lawyers representing over 4,500 Uber drivers who claim they were consistently underpaid by the company have now asked a federal judge to approve a settlement.

If US District Judge William Alsup agrees, Uber will pay out $345,622. When divided amongst the group, that will result in approximately $75 per person, before attorneys' fees are calculated.

The suit, Dulberg v. Uber, was filed in February 2017 in federal court in San Francisco. The suit alleges that Martin Dulberg and other drivers like him are consistently underpaid based on the company's own formula.

Since nearly the beginning, Uber has paid its drivers 80 percent of a given fare. However, in the lawsuit, lead plaintiff Martin Dulberg claims that the company has now changed the way it calculates what that fare is. The result is that the company consistently pays between 70 and 80 percent—but not the full 80 percent—of what the fare should be.

This, plaintiffs claimed, is in violation of the December 2015 work agreement (known as the Technology Services Agreement, or "TSA") that they and many other drivers signed. As they opted out of arbitration, they can sue and band together as a class.

The case largely turned on a difference of interpretation in the work contract.

As the motion for settlement approval, which was submitted on Friday, states:

According to Dulberg, the TSA contemplates only one Fare: the Fare determined by the Fare Calculation. It ties both drivers' payments and Uber's Service Fee to that Fare. Dulberg contends that Uber performed one Fare Calculation based on actual inputs for time/distance at the end of each ride until it implemented upfront pricing. Passengers paid that Fare, Uber calculated its Service Fee based on that Fare, and class members received the remainder of that Fare. When Uber implemented upfront pricing, its practices changed. It began doing two separate Fare Calculations, one upfront to charge passengers (with estimated inputs for time/distance) and another after the ride (with actual inputs for time/distance) to determine class members' compensation. Dulberg claims that practice breached the TSA.

On the other hand, Uber asserts that it "introduced upfront pricing to create more certainty for riders to enable better informed choices that fit their needs—not to undermine driver payments or earnings." (Dkt. No. 71 at 6.) Uber maintains that, regardless of upfront pricing for riders, a driver's Fare Calculation remained constant under the TSA. (Id.) Moreover, as discussed above, most drivers benefited financially from Uber's practice.

Because of this realization, the final number in the affected class was cut from around 9,000 to around 4,500.

To be clear, the alleged violations of the TSA are the only issue at hand: the case does not turn on whether Dulberg and the other drivers were properly classified as contractors or employees, as numerous other cases have.

Uber did not immediately respond to Ars' request for comment. The two sides are set to meet before Judge Alsup on October 29

A few weeks ago Mike 'onside' Brown, apologised for the added congestion and the mess that's been made by rolling out the segregated cycle lanes too fast without proper research, or repairing faulty systems across the capital.

It's OK to apologise, but it only means something when an apology is followed by action.

There has been no further action on this subject from Mike Brown, most local councils or TfL. Only Westminster has stood up to the Mayor and TFL's crazy schemes. The pedestrianisation of Oxford Street has been vito'd by residents as has the Swiss Cottage madness.

But still the chaos and congestion continues. Many believe it's been engineered so that people will welcome the Mayor new measures with open arms, instead of open eyes. 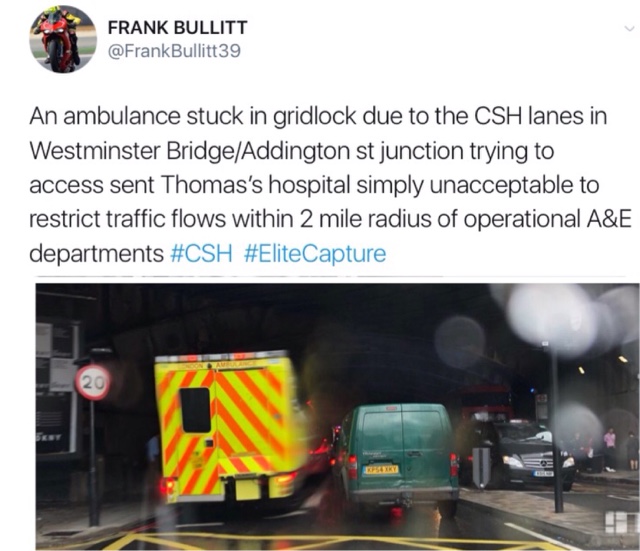 Posted by Editorial at 5:07 PM