Update Uber Driver To Be Jailed Over Passenger Rape. 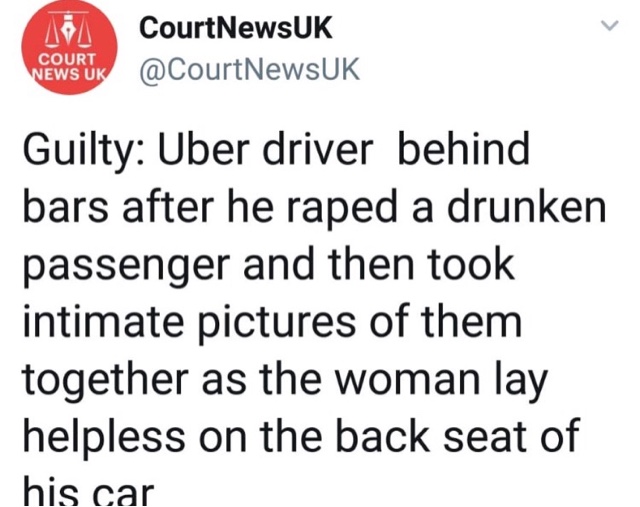 The Uber driver from previous post is tonight behind bars after being convicted of raping a drunken passenger.
The Uber driver, Muhammad Durrani, then took intimate pictures of them together as the woman lay helpless on the back seat of his car.
Muhammad Durrani, 38, attacked the 27 year-old after picking her up outside a live music club in Clapham, south London.
He followed his victim out of the car and up the steps to her front door, when they reached her home and carried her back to his Toyota where he performed a sex act before taking the intimate photos.
As Muhammad likes selfies, let's see how he likes this one! 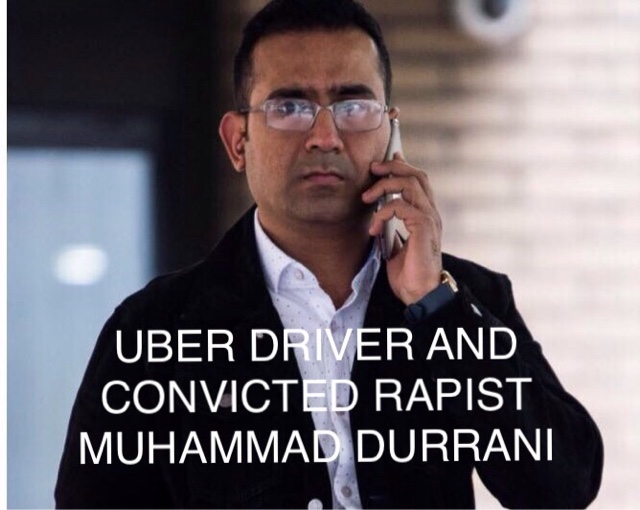 This crime should never have taken place, TfL should have ordered a cease and desist against Uber back in 2013 when they found out that Uber London Limited were operating illegally. Instead they decided to cover up for Uber until their licence expire in 2017.
TfL are responsible for the rape if this young lady and if it were my daughter I would be sueing all the directors and managers who were and still are involved in this cover up. 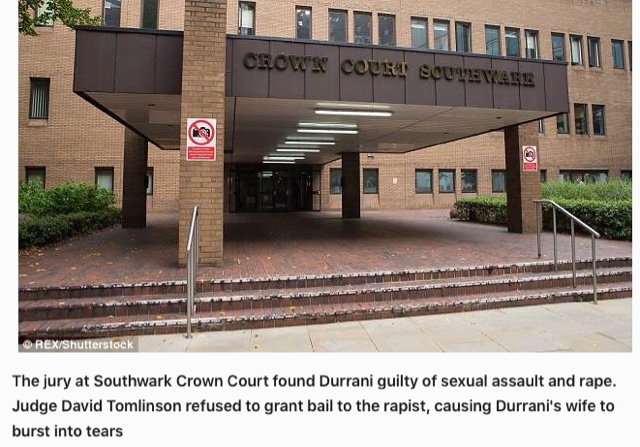 It would be very interesting to see if this Uber driver, Muhammad Durrani, was actually one of the 13,000 Uber drivers with a fake DBS certificate.

Didn’t Helen Chapman say that she would personally vouch for all these drivers?

If Durrani is found to be one, should Chapman resign ???

One more thing, although you may feel like printing out the photo of the statement from Court News UK and displaying it in your vehicle to warn the unsuspecting public -who believe (misguidedly) that TfL are looking after their personal safety- don’t forget that Helen Chapman’s goons vigourously protect this company and you could be reported for ‘unauthorised signage’

Posted by Editorial at 5:39 PM