There's been a lot of discussion about the pros and cons of pop up ranks. 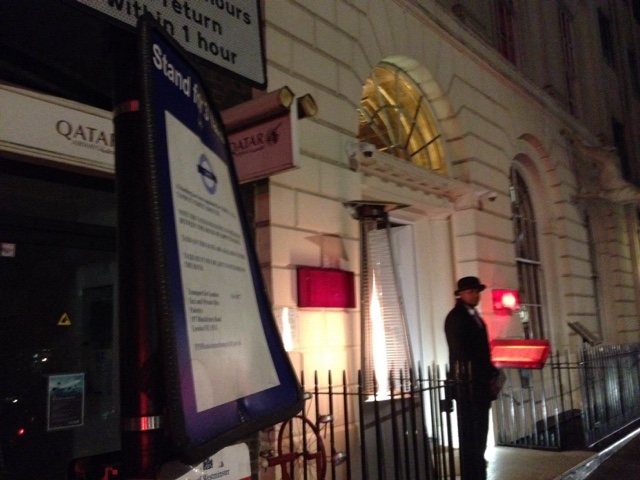 A few weeks ago, there was a problem with a Taxi picking up a fare on a certain App, (who pay commission to the concierge for booking a Taxi using their app). Trouble was there were half a dozen Taxis waiting outside with their lights on at the time.
Drivers who use the app point to the fact that there is no official rank outside this hotel.
Whereas drivers outside the hotel say pop up ranks actually show a need for a rank and many times in the past, a rank has subsequently been allowed.
This week on Facebook, an article caused a bit of a stir (later deleted) when a driver complained that a driver had picked up, immediately after dropping off at the Praed street exit to Paddington, while there were half a dozen Taxis with their lights on outside the Hilton.
It seems the idea that the Taxi trade are a 'band of brothers' who abide by a set etiquette... has now been replaced by a dog eat dog attitude.
The pop up rank proved to be very effective fight back tool, against private hire ranks (using the satellite office regulation, bought in under the STaN report) that sprung up outside every club, bar, restaurant and hotel, roundabout 2007.
This trade, this band of brothers, this hit squad....stood our ground and in many instances we won the day. 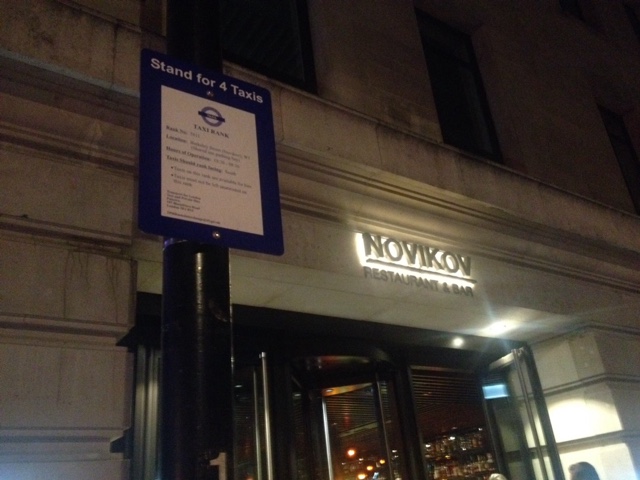 Let's remind ourselves of the pop up ranks that preceded official ranks:
Cranbourne Street (Mr Ali's), Stringfellows, Hombre's, Jalouse (Hanover Sqr), Tiger Tiger, Fabrics, Nobu, Novikov's, Quaglinos, Forge/Abacus, Hakassan, Swallow Street, Heddon Street, Brewer Street, Sketch, ToyBox, Victoria Sporting Club, Charing Cross Road, Coventry Street, The W Hotel, Russell Street, Sushi Samba, Toast, The Arts Club, etc...
All these ranks stared out as pop up ranks, the drivers banding together, fighting back at the lines of Minicabs illegally ranking. If drivers hadn't popped up and ranked at these places, the official ranks wouldn't be there today.
TAXI LEAKS EXTRA BIT :
I received this comment as an email today, and thought I'd add it as he makes a very good point.
Hi Jim, I believe you are spot on that drivers should respect these pop up ranks wherever they may be.
Perhaps it might be worth quoting the definition of a rank:
i.e. it’s a queue.
So if someone starts an orderly queue, either get in line or drive on, but do not push in!
Ranks are a great means of how we display ourselves for hire (they are our shop front) and the amount of times I’ve had people come up to me on a pop up rank or official rank and say they were going to get the train etc etc, but as you are there, sod it I’ll take a cab.

Thanks
Posted by Editorial at 12:16 AM

You are a silly old fool
You write like a child and try to make everything into a drama
Good knows where you get the time from to do all this just shows you should get out more often.

How you get so many hits, doesn’t show the trade in a good light
And you surround yourself with aged fools who call you the boy
They say, get the boy to get the teas.

You’ve gone from one small org after another and now you’re actually with the Club who a few years ago, you never had a good word to say about them.

You are a loner, a lonely old fool who should be refuted and playing with his grandchildren.
It shouldn’t be long before they close you down anyway, go now and save your wrinkled face.

A huge number of drivers do not remember those “hit squad” days and therefore will not be able to thank us for the sacrifices we made.

If only we knew satellite offices were to be replaced by American corporate greed apps!

I have seen the comments regarding picking up by “pop ups” and am frankly disappointed at the lack of camaraderie between drivers, we now seem to be eating ourselves from within, it’s so sad.

There seems to be a new breed of Taxi Driver who is both devious and hungry, probably the same ones who say how busy it is without realising why it’s so busy. It’s not entirely their fault, the cost of driving a Taxi has rocketed and so therefore they are only doing what they need to do to survive, however they often seem to be the vocal ones when it happens to them, don’t you just love karma.

Keep up the good work Jim, it appears you have ruffled the feathers of at least one of the leather arses.

So much to say but not enough bottle to leave a name so Jim has a right of reply, real big of you that is. You carry on Jim excellent article as ever mate 👍🏻 BL

Why have you stayed anonymous! If you want to be so rude and hurtful towards someone have the balls to put your name to it!

And we wonder why people have stoped doing the Knolwedge what is the point ply for hire is not worth a wank now this is what I can’t understand if someone can help me here ok we have Knolwedge of London excaminers visiting Knolwedge schools telling them how it should be done so when all the students pass out. Who will the Knolwedge schools test no one should they not be out on the streets promoting the Knolwedge it seems to me that. This is a done deal the Knolwedge of London is over I think there just waiting to receive there pay off we have been well and truly screwed over 70% drop out rate on the Knolwedge would you really want to spend 3 /4 yearsearling the right to plzfor hire and then just work from an app because that’s the way it’s going What a waste of time

Mandy he hasn’t left a name because he is a coward .
Jim is well loved and a friend to many of us .

If you want to be a nasty bully have the guts to leave your name . So when I see you I could give to a kick in the bollocks .

It doesn't matter that he didn't leave a name. The message was a good onw and you don't like the truth. Now lets see who's the real coward. Jim Thomas won't post this comment.Why? Because he' the real coward.

Thanks for your feed back, it was a delight to read and such an insight for the whole trade.

However, God is good and not written as good. Commas, and full stops help with grammar and reading.

I can see why you said the writing was like a child's, you must read it through those childish eyes and decipher the meaning with your childish brain.

On a plus side you didn't give your name so at least mummy and daddy won't ground you for being on the net at 02.50am.... was you waiting for Pepper Pig to come on?

Jim if it was not for you I believe our trade would not be here today if I ever see you out Jim I will buy you a drink mate would be good to have a chat asi know how much you. Love this trade the comentes posted on here are from weak pointless bullys who and not worth the time or effort thank you Jim for being the person you are an honest hard working cabby

I think this is a shameful comment about Jim, what's your contribution to the taxi trade and its fight for survival. Give us your name so we can judge whether there is any merit in what you have written.

Anon,you are in the minority with your vitriolic words about Jim.He is a top fella and one I’ve been privileged to stand alongside on the battle front over the last decade or so.I’ve admired his stamina and endurance right back to when he was a lone voice warning about satellite ranks in his little pamphlet on the wall in the Oak!!
Keep it up Jim....there are none so blind as those who refuse to see!!!