Sexual Predators Pose As Uber Drivers To Attack Women, Police Say They Don't Know Why Rape Is Increasing In London. 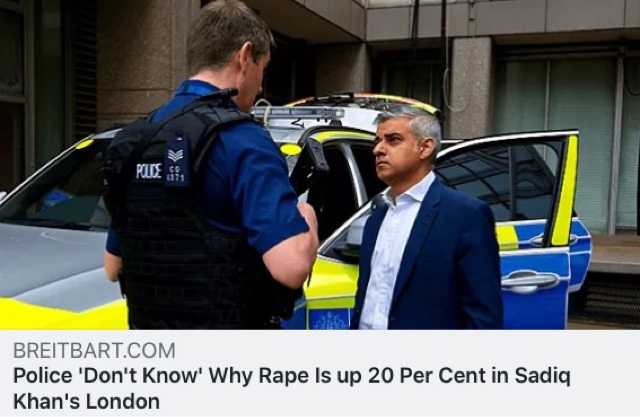 Authorities say they are dealing with a string of sexual assault cases in which attackers pretend to be Uber drivers to lure women into their vehicles. But their statistics also includ Uber drivers, who pick up unbooked jobs, then turn off their app.

The London Taxi trade have been warning the public and our licensing authority about fake minicab drivers for many years. They've always been out there, lined up outside popular night venues, trying to attract intoxicated young females into their cars. This situation was made worse when satellite offices were licensed by TfL, under the guise of the Safer Travel at Night (STaN) campaign. The lines of minicabs touting outside London clubs were suddenly given a cloak of respectability.

But with the rise in minicab app use, people wanting a car stick out like a soar thumb, standing on the pavement looking at their mobile. Finding fresh victims became a lot easier for persistent predators.

But it's not just fake drivers that members of the public have to worry about. There are over 10,000 Uber drivers with fake criminal background checks who have been allowed to carry on working by TfLTPH.

In August last year, we were told there were 13,000 Uber drivers that would 'all' have to re-submit DBS checks, TfLTPH manager Helen Chapman even went so far as to say she would vouch for all 13,000 Uber drivers, passing subsequent checks. Yet only 2,600 were rechecked by TfL.

TfL have shown disregard for public safety and are now denying there ever was a list of 13,000. They have buried the whole episode.

And now we have news that Lyft have been in talks with TfL to bring their ride share app to London.

Just what London needs (not). More untrained, unchecked drivers following satnavs,smashing into each other, choking Londoners with their fumes and adding to congestion. Well done TfL. What ever happened to the phrase ' Duty of Care' ?

Posted by Editorial at 1:57 PM

We can warn the public as much as we want they will not listen and yes lyft is coming sooner than we think one thing that is more worrying is I’ve heard TFL are looking to source the Knolwedge out so. If this is true and dose happen then we will have no chance I hope I’m wrong but like anything with TfL it will happen