Day 3 : ITA Protesting Against A Licensing Authority Refusing To Protect The Public 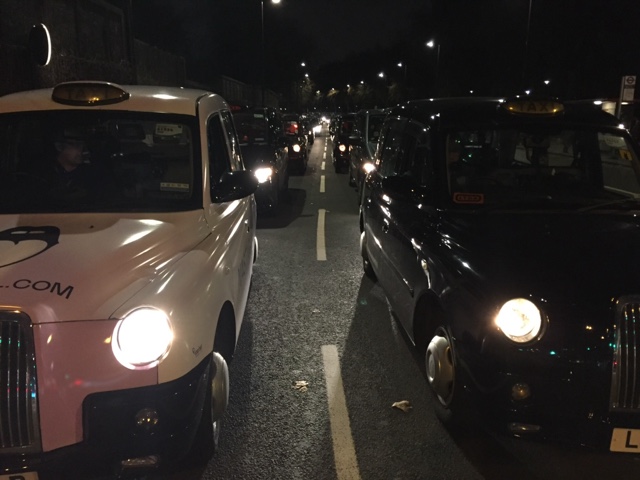 Yesterday's protest at Marble Arch was an overwhelming success. A big thank you to all the drivers who put themselves out to support their colleagues. The police used disruptive tactics by stoping protestors driving around Marble Arch and diverted Cabs southbound onto Park Lane.
At one point police stopped traffic entering Park Lane northbound but this soon backfired as traffic in SW1 came to a standstill. 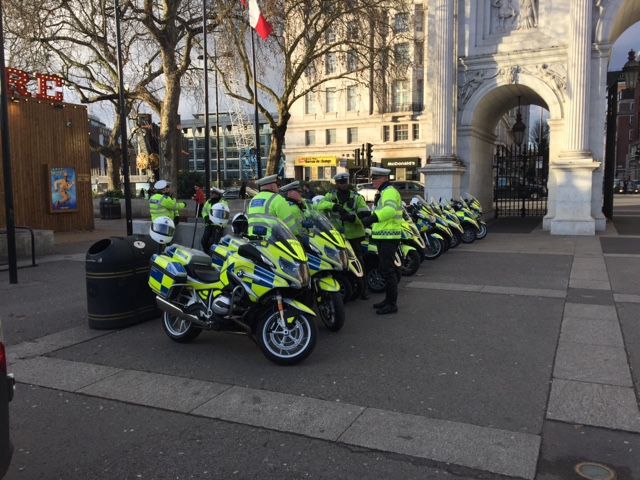 Grosvenor Gate was closed by police out riders, but Curzon Gate remained accessible through most of he afternoon. The protest built up steadily with cabs arriving from all direction and soon traffic came to a standstill with surrounding areas gridlocked.
TfL stopped the buses running, and for over two hours none were seen in Park Lane, Bayswater or Edgware Road.
After the demo, the Met a Police issue threats to future protestors saying that any driver seen deliberately driving slow, stopping for no reason or wilfully obstructing others risk prosecution. They also warned that they have body worn cameras which would be used to gather evidence against us. 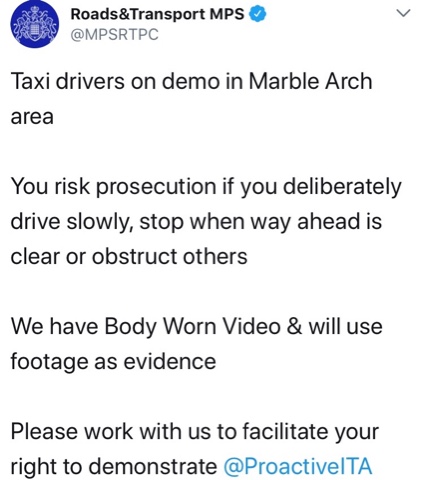 Funny, no such warnings were issued to a banned terrorist group who were allowed to march across London and converge on Whitehall. It seems terrorists have more rights under European Human Rights laws than Cab drivers.
But overall the support officers policing the protest were in good spirit. Their job is to do their best for both protesters and the public caught up in the insuring chaos. The organisers felt a good balance was achieved, in spite of the disruptive measures which actually backfired and helped spread out the protest. 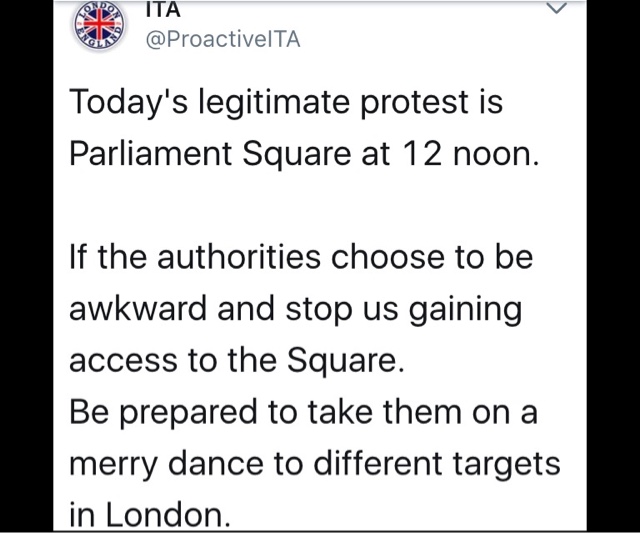 Day Three:
Today's legitimate protest location is Parliament Square at the earlier time of 12 o/c midday for Prime Minister's Question Time.
We can expect the police to try to disrupt with diversions again, so please turn in to social media and WhatsApp groups for information. 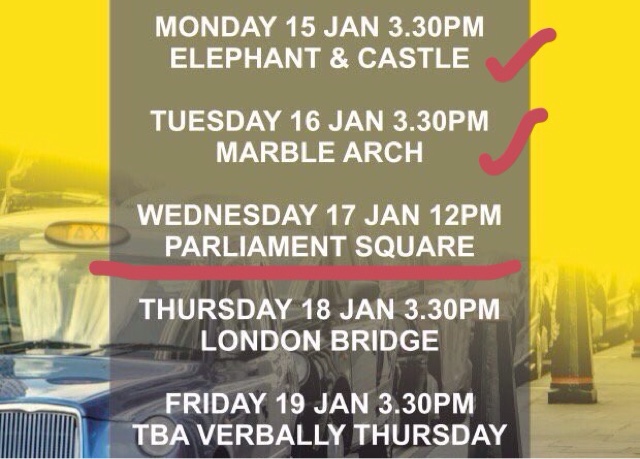 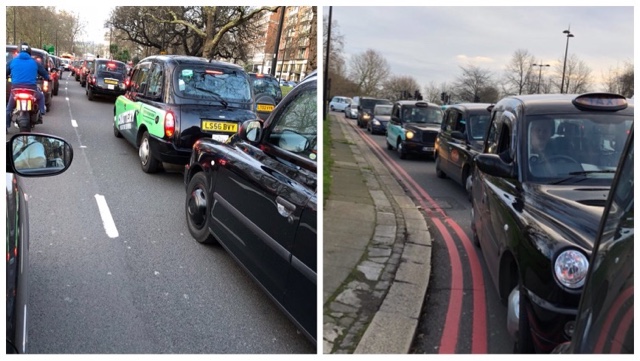 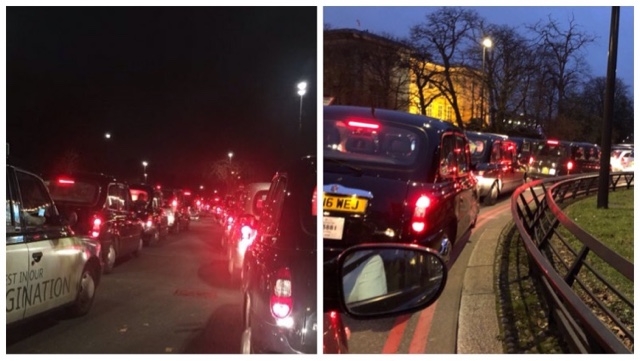 TAXI LEAKS EXTRA BIT:
Why have the other orgs remained silent about the driver led protests in Central London.
The LCDC Chairman and Committee members were happy to attend. 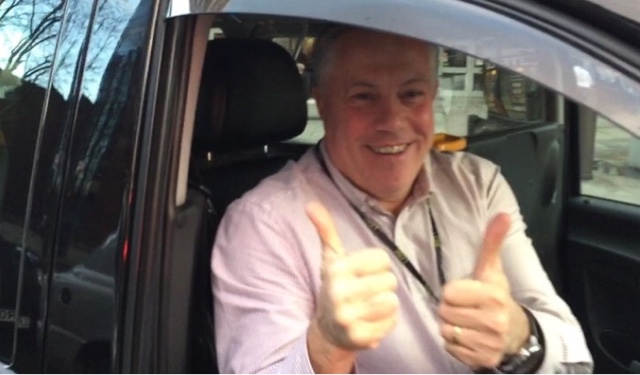 Are the LTDA UCG RMT alliance scare of upsetting TfL?
Posted by Editorial at 6:33 AM

Apparently, McNamara was seen wearing a hoody, hiding in a doorway taking photos.

That sums it up? Do rock the boat. These org need to rememberthey ment to represent their members NOT their selfs.

It is unbelievable that simple advice has been ignored.

The BBC, ITV, ITN, C4 all operate from Aldwych / Grays Inn road.
These are people who are covering up the corruption by not reporting any of the protests this week, so why not take the demo to them?

Drivers have ignored the idea of tweeting the media; an article was posted with contacts and has been ignored.

Jeremy Corbyn/John McDonnell are the only politicians who can do something and have remained silent. Why have drivers not called for Labour to state its position?
Are they for or against corruption? If it is against they must call for the immediate revocation of Ubers License and a full investigation.
It is a Labour Mayor who has the power to do this, and who has a legal background to know that they were licensed unlawfully. He should act now and if not protests should be aimed at him.