Until recently, the officers carried out road stops with the police while checking drivers’ licences and their vehicles. 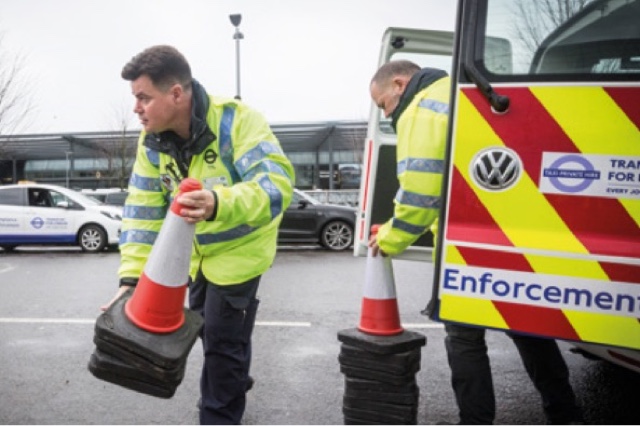 But with the number of licensed vehicles in London rapidly expanding, the officers have now been given new powers by the Metropolitan Police under the Community Safety and Accreditation Scheme (CSAS). This enables them to stop vehicles for inspection, testing and verification of licensing conditions, and the power
to demand the name and address of the driver.
If a driver fails to stop when directed by a CSAS-trained officer, it is a criminal offence and will be reported to the police and TPH for investigation and action.
Cliff Llewellyn, compliance manager at TPH, explains: ‘We have more officers on the streets now, with a higher visible presence carrying out our own road stops, letting the police get on with other things.
‘It’s a smarter way of working giving us an additional option to deal effectively with illegal activity and also allows us a wider coverage across London.’
The new road stops were introduced at Heathrow earlier this year and will be rolled out across London as more officers are trained and gain the relevant qualifications. 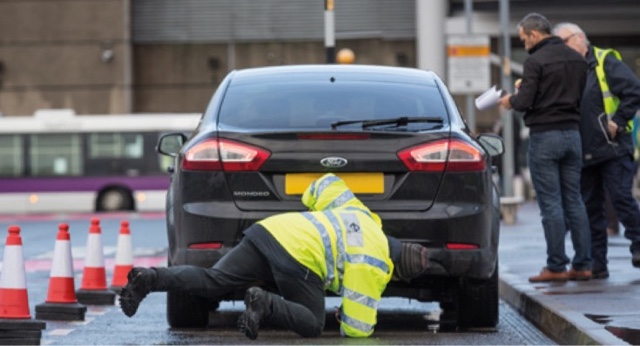 Under the new system, groups of six compliance officers cordon off a stop area which enables them to inspect both sides of the vehicle safely. Stops are carried out as quickly as possible so if there are any passengers on board, they are not held up unnecessarily.
Accredited officers have been issued with new CSAS hi-visibility jackets and so far drivers have welcomed this increase in compliance activity.

Existing compliance officer powers:
• Can request a copy of the certificate of insurance for inspection
• Inspect a driver’s badge or photo ID
• Ask for a driver, vehicle or private hire operator licence for inspection
• Remove and retain a licence and vehicle plate/disc of a licence that has expired, or been suspended or revoked
• Request a vehicle to be inspected
New CSAS powers:
• Requiring a person’s name and address for road traffic offences or antisocial behaviour
• Stopping a vehicle for testing
• Controlling traffic
• Stopping cycles
Posted by Editorial at 11:49 AM

Yeah, the problem with this is that they tend to aim enforcement against legitimate perfectly legal taxis, in other words they constantly enforce against the already enforced. Interesting how they go on about enforcement of existing regulation, yet carry on letting Uber operate and have let them go outside regulations. Total bollocks if you ask me. If they really want to enforce they could go west end and have a field day, but no instead they go Heathrow and trawl the feeder park checking badges, yet allow Uber and all the other important stuff go. Jokers. I tell you what, soon cab drivers are gonna wake up and revolt in a serious way.

if you havent got anything to hide then you have nothing to worry about if stoped by the new compliance team and rules ,thay dont just pick on taxis thay are all over the private hire trade aswell ,we need them there good for buisness and it gets all the rubbish off the street be lucky.

This is illegal ( doesn’t matter what they tell you. )