Collusion? Corruption? Malfeasance? It's All In The Letters : We Need An Inquiry Now ...by Jim Thomas. 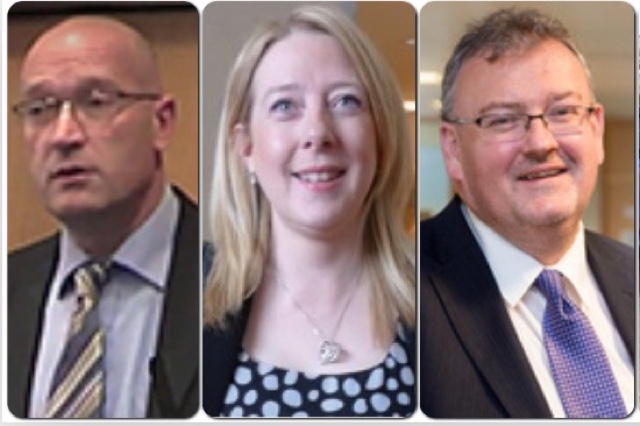 We've heard quite a bit about the letter from TfL giving the reasons why Uber would not be relicensed.
But there are far reaching implications that haven't yet been explored by our trade orgs.
The letter (signed by Helen Chapman) points to the fact that an audit of Uber's operating system, wasn't carried out until late 2017!
If Uber's operating system wasn't  fully audited, why did two top TfL officers sign and release a statement to Managing Director Leon Daniels, back in 2014....saying the app was legal? 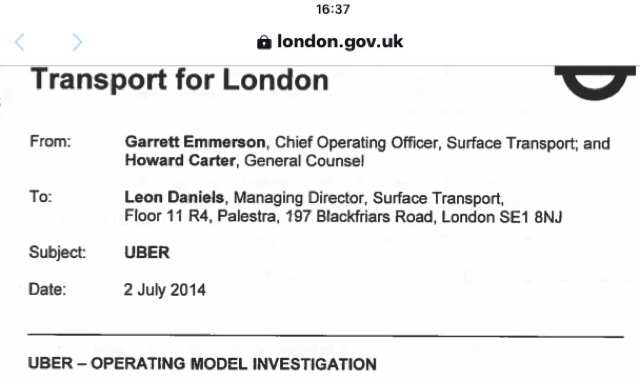 See this document, click link below;
https://www.london.gov.uk/sites/default/files/gla_migrate_files_destination/TfL%20Uber%20legal%20advice_0.pdf
Reasons given for the decision by this dynamic duo were:
a) ULL (as the licensed operator) does make provision for the invitation or exceptions of bookings and also accepts private hire vehicle bookings in London.
{This we now know to be a lie, Uber have admitted on oath in two court cases, this is not the case.}
b) Neither Uber BV (A related but distinct company based in the Netherlands) or Uber drivers, make provision for the invitation or acceptance of private hire vehicle bookings in London, or accept such bookings.
{This has now been proved to be another lie.}
The letter went on to say :
Therefore, ULL is not in breach of it's licence obligations, nor is it guilty of a corporate structure that facilitates other parties breaches of ULL's licence obligations.
They then go on to say that ULL's licence shouldn't be suspended or revoked....
The letter to Leon Daniels, was then signed off by chief operating officer, surface transport, Garrett Emmerson and TFL's General Council Howard Carter.
The question need to be asked as to why two prominent TfL officers signed Uber off as legal, without a full system audit?
There is now a mountain of evidence in the form of letters, emails and phone calls, obtained under freedom of information requests, mainly by the LCDC team, which shows collusion between senior TfL managers and directors, and Uber's management.
TAXI LEAKS EXTRA BIT :
Another question that needs to be thrown into the mix: 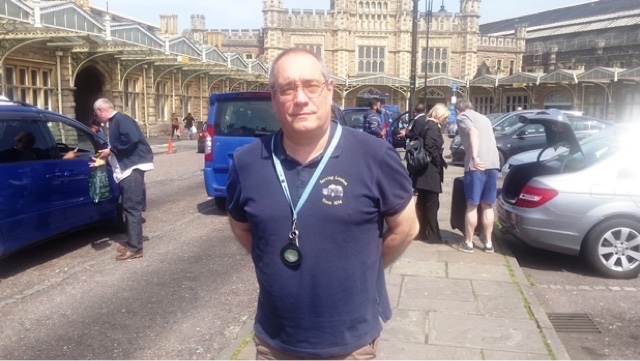 Back in 2014, Chairman of the UCG Len Martin wanted an approval system for all apps Taxi and private hire, to ensure they complied with the law. This demand was included in demonstrations carried out by the UCG.
Why did Helen Chapman, general manager of TfLTPH, refuse point blank to have such an approval system for apps ?
Posted by Editorial at 3:55 PM

I'll tell you why Jim. Because there is a sociopathic culture within TFL management hell bent on destroying the London cab trade. We have been watching them for years dismantle our trade brick by brick and taking great delight in doing so. The worm has turned with the media and they now see Uber for the criminally corrupt, crime infested cesspitthat it is.
TFL's senior management is on a damage limitation exercise to distance themselves from the corruption they have been complicit with. The screw must be turned for a criminal investigation!

All of the orgs have access to legal advise, yet there appears to very little sign the issue of corruption at TFL is going to be pursued in the correct way. All of the evidence is there; demand a meeting with Khan and take a bloody barrister with you to ensure he does his job. The police must also be involved. Uber are now operating illegally on every level with scant or no regard to legislation or law. Don't ask for Uber to be revoked, DEMAND!

Totally agree with this comment and personally believe that the Olympics in 2012 and the pointed comments from the trade over the total hash TfL made of it was the start point for this kill the London Taxi Trade and they could not believe their luck when Uber came on the scene, double bubble shaft the taxis and fill their boots as well.

Or this one from April 2017?
http://taxileaks.blogspot.co.uk/2017/04/the-blind-leading-blind-but-in-kingdom.html

Dont think for a second that Khan does not know what he is doing. He is a lawyer and knows full well Uber are not legal. He has chosen to ignore this and is therefore complicit with the corruption which was exposed in full by 11 Mail articles. A Public Inquiry is the only way this will be exposed. Mass demos every day is the only way that will happen

And all this because taxi drivers used to make a decent living talk about screwed to the wall.the greed in the UK no s no bounds

Can Rat Boy be impeached?