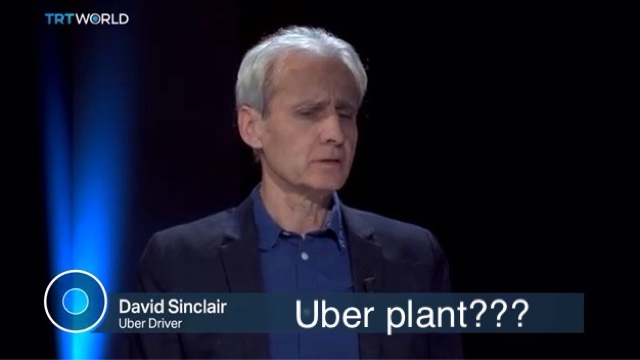 First we had fake medicals!
Then we had fake topographical tests!
Then we had fake DBS certificates!
Then we had Uber's fake petition!
And now we have fake Uber drivers ?
https://youtu.be/eqmcpyUVebw
It's been alleged that the Uber drIver in this program "Round Table" DAVID SINCLAIR, is actually a journalist and has a parallel profession as a singer guitarist in a rock group.
David Sinclair was born on October 24, 1952. He was educated at Eltham College, London and at Warwick University, where he graduated in 1975 with an honours degree in Politics.
We are being asked to believe that he is extremely happy working for Uber where he claims to be earning (on average) £10 an hour...
https://www.rocksbackpages.com/Library/Writer/david-sinclair 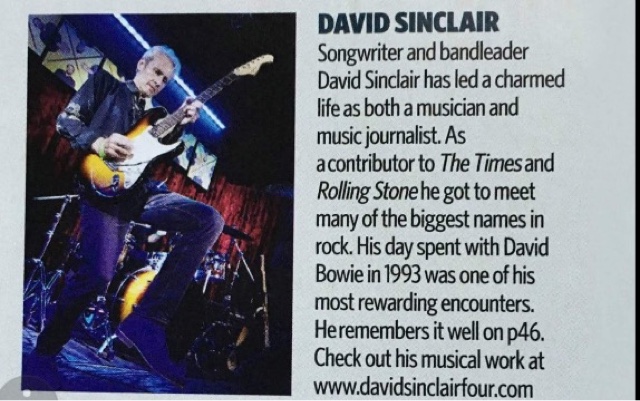 This guy is a published author, music critic, writes for several newspapers and has released the album "Hey"....and we're asked to believe he has to top up his income -earning just over the minimum wage- driving for Uber???

Interestingly, the program mentions the direct link between driver and passenger, predator pricing and the erosion of traditional workers rights.
Uber, as a company, has been red lined by TfL in London as not being fit and proper after news hit the nationals by way if the Sunday Times (thanks to the LCDC's work) that Uber were not passing on to the police complaints of serious sexual assaults by drivers on passengers.
It's all about safety:
Officially an Uber driver sexually assaults a passenger every 11 days, but with the fact that over 85% of such attacks go unreported, the frequency could be as much as one assault every 15 hours.
Over the week end, the tide of opinion has changed with London's agreeing with the TfL ban.
The message is getting out.
The escalation of UberRape and assaults, rising from 32 last year, to 48 this year, a rise of 50%.
The 13,000 drivers with fake DBS certificates that TfL have allowed to continue driving since they found out in January...
According to a YouGov poll for Queen Mary University of London, (published in the Guardian) 43% back the decision, while only 31% oppose it.
Another question we would ask... if Uber haven't done anything wrong, why then did their CEO say he was coming to London later this week to apologise to TfL for the way they've behaved.
If you've 'done nothing wrong' why would you apologise.
Perhaps this could top all the other fakes off nicely, as 'The Fake Apology'.
Posted by Editorial at 12:29 PM

I notice that many employees of Uber are jumping ship, drivers included, likely quickly getting their old jobs back before the stampede on traditional mini cab companies to get back on the payroll. Wonder how long before all these investors see sense and pull the plug getting out while they can. If Uber are allowed to continue in London, the likely terms will not provide for the windfall in earnings they expect. Labour will soon be in power in the UK, then exploitation of workers will cease and so does the Uber business model relying on this exploitation. I have also noticed considerably less congestion in London in evenings. Passengers seem not to be using Uber by choice. The work is out there more.

Ten pounds an hour,really,,,,,,then run a car & imagine a youngster trying to obtain a mortgage & I forgot 25% goes to uber,as said a plant.

Hey! Someone in my Myspace group shared this site with us so I came to take a
look. I'm definitely loving the information. I'm bookmarking and will be tweeting this to my followers!
Great blog and brilliant design and style.