Before You Go Leon...Could You Explain Why You Are Allowing Uber To Continue Unlicensed... By Jim Thomas 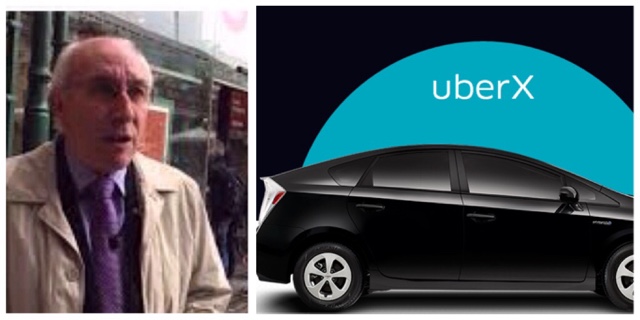 Taxi leaks have been asked why Uber are being allowed to carry on operating when it's PH operators licence expire at midnight on the 30th of September (tomorrow night), when Sean Stocking -who had his licence revoked by TfL earlier this year- has been thrown out of work while he appeals the decision.
Official answer is:
Uber's licence has not been revoked, it has expired. As Uber have made an application for a renewal which has been reviewed by TfL, then under the transport act 1985 section 7(7), the old licence continues until they received a new licence or they get an official revocation.
7)Where a person holds a licence which is in force when he applies for a new licence in substitution for it, the existing licence shall continue in force until the application for the new licence, or any appeal under this section in relation to that application, is disposed of, but without prejudice to the exercise in the meantime of any power of the licensing authority to revoke the existing licence.
Whereas Sean Stockings' licence has actually been revoked so in fact he is n longer licensed to act as a licensed Taxi driver.
But, on the 30th September 2014, Leon Daniels emailed Taxi Leaks editor with his definition of the transport act in regards to licensed Taxi drivers renewing their licenses experiencing delays.
In his email he agreed with Taxi Leaks that if a Taxi driver has submitted renewal forms and supplied a current DBS certificate, then the old licence stays valid until the driver receives a renewal or a notice of revocation. Which means the driver can legally carry on working.
Interestingly Leon Daniels volunteers a caveat at the end of the email which states (in his opinion) the act applies only to the licensed Taxi Trade and not the Private Hire Trade.
See Leon's Email here: http://taxileaks.blogspot.co.uk/2014/09/and-now-for-good-news-taxi-leaks-in.html
So perhaps Leon could now explain why Uber's operation is to be allowed to continue, when in fact they are will not be in procession of a current operators licence?
As from midnight Saturday night, Uber drivers will be accepting work from an unlicensed operator....Carrying passengers acquired from an unlicensed source, could also impact on their drivers insurance!
Perhaps our wonderful New United Taxi group led by the LTDA's Steve McNamara could explain why they are not taking action against the decision to allow Uber to continue unlicensed?
After all, isn't this what their subscription paying members would expect for their money?
Posted by Editorial at 2:41 PM

They should not be allowed to carry on operating whilst awaiting the outcome of the appeal. See PHV (London) Act 1998, Section 26 (2)

Effect of appeal 26 (1) If any decision of the Secretary of State against which a right on decision of appeal is conferred by this Act - appealed against. (a) involves the execution of any work or the taking of any action;
(b) makes it unlawful for any person to carry on a business which he
was lawfully carrying on at the time of the decision, the decision shall not take effect until the time for appealing has expired or where an appeal is brought) until the appeal is disposed of or withdrawn.

(2) This section does not apply in relation to a decision to suspend,
vary or revoke a licence if the notice of suspension, variation or
revocation directs that, in the interests of public safety, the decision is to have immediate effect.

I agree Roy , but can't see anywhere where they have actually lodged an appeal, maybe the plan is to send over the CEO to agree concessions then no need to appeal the decision, hopefully that doesn't happen , want to see them in court opened up , they will try every thing not to go that far , but surely that should be the process and surely any concessions should be questioned in court again we go down the route of make it up as go along , we need orgs hitting TfL with legal representation also defending the fact that anyone in authoritarian power cannot comment or pass judgment to influence the outcome, with an appeal pending , go back a few weeks on lbc mayor sates can't comment on out come for legal reasons yet pm declaring how she wants the outcome, utter disgrace.

This appeal process could drag on for up to 2 years. The longer the better for Uber as they avoid these new fees for vehicles in their virtual fleet. Also its an attempt to keep Black cab drivers happy so that they think something is being done. THe TFL decision has only made their offering even more visible to the public, now getting time on the BBC.
The decision made by TFL show that the management are not fit for purpose. Uber have been in the UK for 5 years, if there have been issues any normal organisation would have addressed the issues earlier. Yet again it shows the amateur level of management at TFL ----They have had FIVE YEARS to sort it.
Perhaps a change .org petion should be started to investigate and strip TFL of the current management.

What is vibsu, seen tootling about in London with no sign of any sort of licence