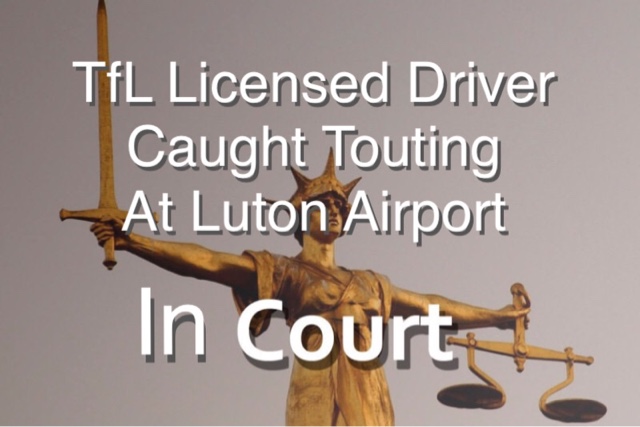 A Transport for London licensed private hire driver who was operating in Luton has been prosecuted by Luton Borough Council licensing service.

On 15 August at Luton Magistrates Court, Mohammed Baho of Wimbourne Road, Luton pleaded guilty to two separate offences of Touting for Hire and No Insurance at London Luton Airport on 26 October 2016 and 5 December 2016, where he picked up passengers from the Drop off/Pick up zone of the airport, that had not been booked through an operator.

Both Hackney Carriage and Private Hire drivers are only allowed to pick up passengers from the airport that have been pre-booked.

For the offence of Touting for Hire on 21 October 2016, the magistrates disqualified Mr Baho from driving for 6 months, and imposed a Band C fine of £245 based on his weekly income.

For the offence of No Insurance on 21 October 2016, he was given 6 points on his licence, but there was no separate penalty fine.

For the offence on 5 December 2016 of Touting for Hire, Mr Baho was disqualified for 12 months from driving and a band C fine of £245 was imposed, based on his weekly income. For the offence of No Insurance, his licence was endorsed with a further 6 points and he was ordered to pay a victim surcharge of £30 plus costs £600.

Mr Baho was informed that he now had a total of 18 points on his licence (including previous points), which therefore disqualified him from driving for a minimum period of 12 months.

Mr Baho was told that if he drives, he will commit a serious offence and would face further prosecution.

He will be required to apply to the DVLA for new licence at the end of the disqualification period, as his current licence no longer valid.

Mr Baho offered to pay £100 a month towards his fine and total costs, with the first payment to start on September 1.

“This enforcement operation found a Transport for London driver operating illegally at London Luton Airport with no insurance and no bookings, therefore putting the public at significant risk and this was reflected in the Magistrates decision 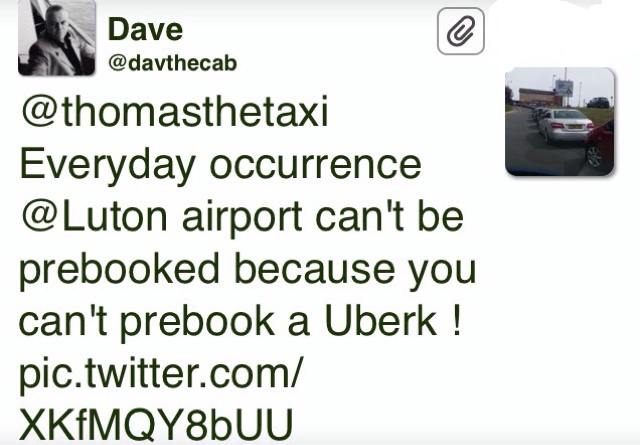 ALL the vehicles in Dave's video, were RANKED on double yellow lines - how are they allowed to do this, whilst we, can't even drop-off at Luton without paying an arm & a leg? the pay machines aren't immediately after the drop-off area, but after you've been stuck in a traffic jam for goodness knows how long, so that, the final (charged by the minute) amount you have to pay at the exit, soars