Careful What You Wish For, Because Sometimes... Dreams Come True. 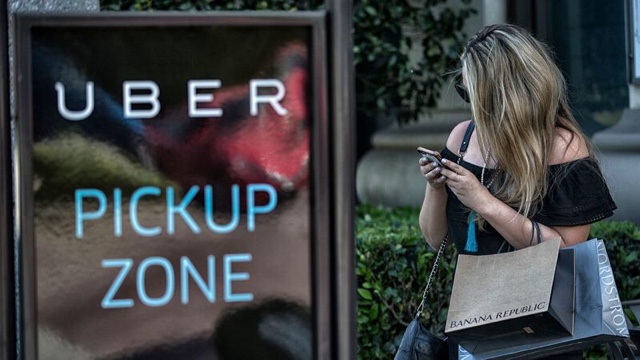 Never underestimate the collective Cab trade  ability to overlook the inexplicable!
Questions :
Where did Gett get their pricing structure ?
And what is it they are working towards ?
In Uber a Law suit it was explained, no complicated maths.
In one case, an Uber rider paid $54.80 to be brought from the Fairfax district in Los Angeles to LAX. But Uber used a fare of $43.55 when calculating the amount it forwarded to the driver, which came to $32.89.
Sound familiar ?
If Uber fail to get relicensed this month, there will be 30,000 PH drivers looking for an app!
Gett say Taxi fares are too expensive!
2+2= 4... It's not complicate maths

The hits keep coming for Uber — and not the good kind.

The embattled ride-share company, already buffeted by a barrage of lawsuits and public-relations crises, is being sued again. This time, a driver is alleging that the Silicon Valley behemoth’s fare structure deliberately shortchanges drivers.

In the complaint, filed in U.S. District Court in Los Angeles, attorneys for the plaintiff say they seek to have the case designated as a class-action on behalf of all Uber drivers in California.

At the center of the lawsuit is Uber’s use of upfront pricing. Introduced in major markets last year, the feature provides passengers with the cost of their ride before they summon a car. Uber pitched the fare model as a way to increase transparency and address anger over unexpected rate surges when demand for rides spiked.

“There’s no complicated math and no surprises: Passengers can just sit back and enjoy the ride,” the company said in a press statement.

However, according to the lawsuit, Uber also took the change as an opportunity to pull off “an active, extensive, methodical scheme … to defraud drivers.”

The lawsuit alleges that Uber essentially calculates two fares for each ride — one charged to the passenger and a cheaper one used to determine the driver’s pay. Uber, according to the suit, then can pocket the difference. (Sound familiar?)

The lawsuit claims that the discrepancy between the two prices violates the terms of an agreement Uber drivers must sign, specifying that they will receive the amount charged to passengers minus a percentage the company keeps.

To bolster their claims, attorneys Bobby Saadian and Daniel Miller — representing driver Sophano Van — allowed The Times to review photos of receipts that drivers and passengers received from three rides.

In one, a rider paid $54.80 to be brought from the Fairfax district in Los Angeles to LAX. But Uber used a fare of $43.55 when calculating the amount it forwarded to the driver, which came to $32.89.

A spokeswoman for Uber declined to comment on the lawsuit. She acknowledged that the calculations used to determine what passengers are charged and what drivers are paid can differ.

"Riders agree to a fare upfront, while drivers earn based on the actual length of the journey plus applicable surge and promotions,” the spokeswoman wrote in a statement to The Times. “There are times when the two differ, and as we’ve noted before, the rider fare is often lower than what a driver earns for the same trip.”

Uber’s software algorithms calculate the fare charged to riders based primarily on the distance of the trip and an estimated time it will take, as well as factors such as how many drivers are in the area at the time, the company said when it unveiled upfront pricing.

But Uber's programs can overestimate or underestimate the distance or duration of a ride, leading to passenger fares that are out of line with the reality, according to the company.

The lawsuit is only the latest legal trouble for the company.

For years, Uber has been fighting class-action lawsuits that seek to redefine the employment status of drivers in California and elsewhere from independent contractors to full-fledged employees. A ruling against the company would upend a crucial underpinning of its business model, as it would have to pay drivers benefits and reimburse them for gas and other expenses.

A $100-million settlement proposed by the company was rejected last year by a federal judge in San Francisco as insufficient.

And Uber has been in damage-control mode over a sexual harassment allegation from a former employee that led users to drop the service’s app from their phones. Google also has sued over alleged theft of trade secrets, and Uber’s senior vice president of engineering recently resigned for not disclosing another sexual harassment accusation.