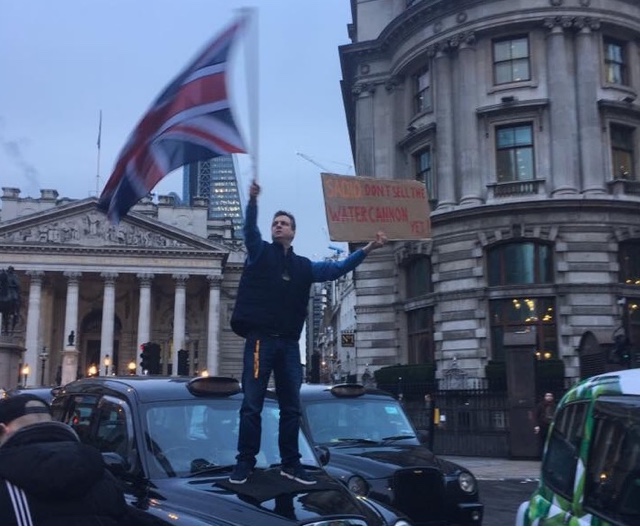 London’s Taxi drivers brought traffic to a standstill again yesterday, at the start of a five-day protest over their exclusion from the a Bank Junction.
Thousands of Taxis descended on the Junction at 3pm in an ongoing row over the planned exclusion.
The protest was scheduled to last until 7pm, but the City of London police issued Public Order Act sec 14 on their Twitter page which  said the protest would only permitted for 90 minutes.
Just after the protest took place, City Police announced that Tuesday's demonstration would only be allowed for 30 minutes.

A spokesperson for the organisers, the Independent Taxi Alliance (ITA), said:
"Our plans are flexible and if the police want to play hard ball with peaceful protesters, them we will step up our action". 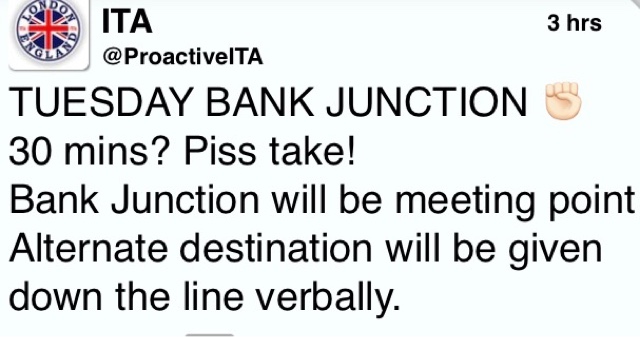 Taxi drivers have promised to return to the junction every afternoon this week and make their voices heard.
One bystander at Monday’s protest said:
"There appeared to be many thousands of vehicles involved and the noise from the vehicles horns was deafening."
The City of London corporation intends to only let buses and cyclists use the junction between 7am and 7pm in what they say is a safety move. Yet you will have to go back 4 years through the statistics to find a serious accident involving a Taxi.
Most of the serious accidents appear to be collisions between buses, minicabs, lorries and cyclists, with buses being the main culprit. 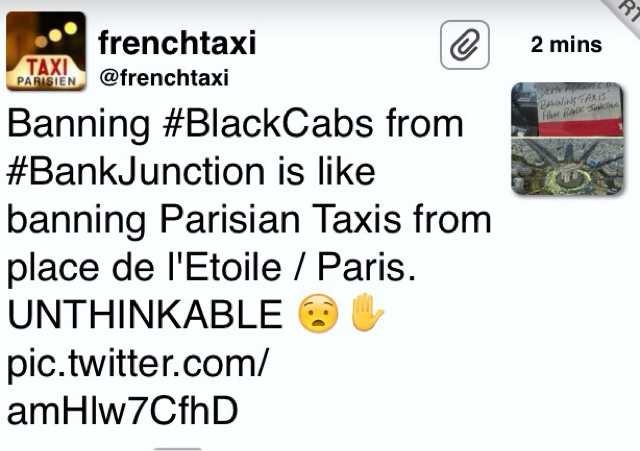 In an act of solidarity, Taxi drivers in Paris were tweeting support to their London colleagues saying, banning Taxis from Bank Junction, would be like banning French Taxis from the Place de l'Etoile in Paris. Many Parisian cabs carried signage for the duration of the protest, supporting the action taking place in London. #JeSuisTaxis
Also driver in Southend who couldn't make the demo put this sign in his window 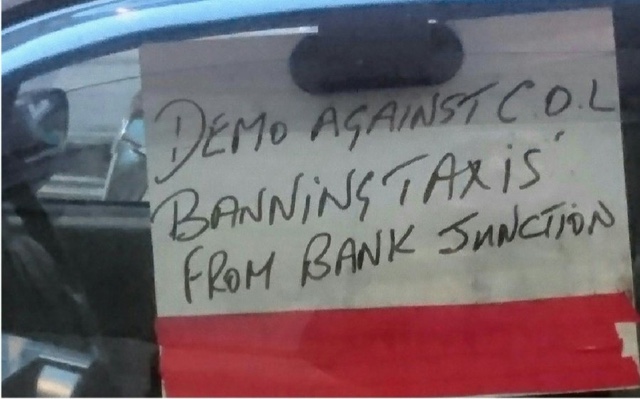 The new scheme at the Bank is planned to start in April and will run for an 18 month trial period. 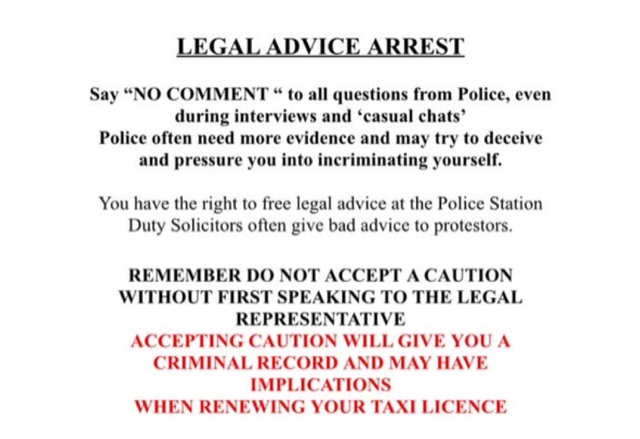 At last we have began to have a voice.We have had a lot of straws but this one has broke this benign camels back.It takes a lot,an awful lot to stir a otherwise peaceful trade into action.What is being done to us now is wilful,unfair and probably criminal I salute all those who got involved in this peaceful action to save our noble trade,and take note those from across the water in Frisco,the worm has finally turned