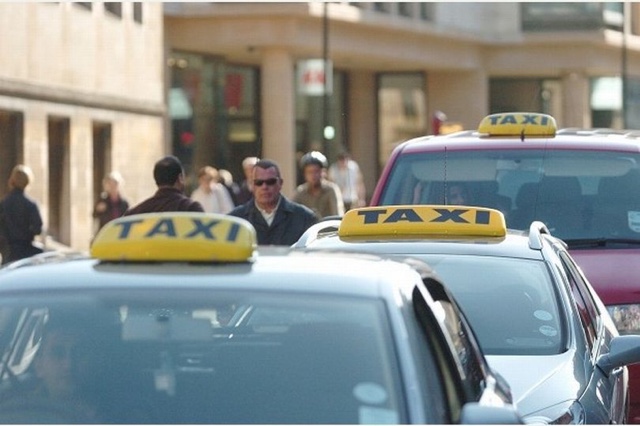 The UberX app has launched in Cambridge using Hackney Taxis. Already the scheme has been hailed a 'disaster' for other cabbies in the city.

The company claims the new app has already proved “hugely popular” with availability in more than 20 towns and cities across the UK.

But Rashel Mohammed, chairman of Cambridge Hackney Carriage Association which represents about 200 drivers in the city, claims Uber is a disaster for the industry.

He said: “Uber on the surface may seem like a reputable company. If anything- they are very destructive to the industry. As soon as they gain a strong hold, the balance of power shifts irreversibly in Uber’s favour. Then, both the drivers and passengers have very little choice.”

Paul Bradley, vice chairman of the association, said: “We don’t have a problem as they have a operator’s licence and have said they are using local private hires so are working within the law like our other companies.

"I’m not sure how they can use the Hackneys because it’s my understanding that Uber’s price is worked out on their app but hacks have to by law, use the meter set by the city council within the city boundaries.

“I would like to remind people that if it’s the technology people like our own company’s such as Panther and A1 Cabco have had this for a while available for download where you can load on your credit/debit card and track your taxi coming to you and your journey is recorded.

“My only fear is that if they get bigger here the London Uber Prius cars will then come along and cause similar chaos as they are creating on London roads.

“We welcome competition as long as it’s a fair playing field.”

And commenting on the News Facebook page, Florian Arapi said: “Disaster Uber,with drivers not knowing were they’re going. And the worst £5 charge if you cancel the ride, be careful don’t fell asleep on Uber you might end up miles from your destination.”

Simon Wynn added: “Good old Cambridge council giving a license to a company that is single-handily ruining a industry. A company that is worth billions while their driver’s work all the hours under the sun while making £5 an hour. Also with the City Deal we are meant to be getting cars off the road but they have now opened the flood gates to what could be hundreds and hundreds of so called taxis.”

The Uber app allows anyone to book a trip with a licensed private-hire driver at the touch of a button. Now users in Cambridge can download the smartphone app and book a taxi.

A journey to King’s College from the city rail station would cost £5.80 and from Market Street to the Science Park will cost from £8.65.

Fred Jones, Uber’s general manager in Cambridge, said: “We’re incredibly excited to be launching in Cambridge today. There has been a lot of anticipation for Uber’s arrival and already more than 20,000 people in the city have opened the app in the last three months. From today we’re looking forward to helping people get a safe and affordable ride at the touch of a button.

“This launch also means that locally licensed private-hire drivers can now apply to use the Uber app and become their own boss – choosing when they want to drive.”

Uber operate outside London using Vehicles licensed by TfL. Mayor Kahn said in the run up to the Mayoral elections that the first time Uber broke the rules, he would run them out of town and revoke their licence. Kahn lied.

Here we have an example which is happening all over the UK. Vehicles licensed by TfL are illegally working in areas that Uber are not licensed to work in. Their philosophy is to seek forgiveness rather than permission.

The driver of this vehicle is clearly operating illegally and has been reported to TfL. TfL don't deal directly with complaints against private hire drivers, they refer the complainants back to the operator - who in this case is Uber.

Uber are allegedly encouraging it's drivers to operate illegally and so the circle goes round and round.

The mayor not going to do anything he's. has not got the balls to stand Upto uber

The action by Taxi drivers at Egham is great,but look at the educated passengers
even after being told that he is unlicensed for the area,still get in the car..
As their numbers grow they will start bullying the proper local licensed drivers.
I can see a blood bath emerging .
Lets look at Reading who refused Uber a operating License are supplying the town with drivers from Windsor Maidenhead ,Wokingham and sticking TWO FINGERS up to the
councils authority.

And he's wearing sandals to drive a licences vehicle ... also an offence !

Send this to LBC please

Now they are hiding their roundels. How much more cloak and dagger will this sorry situation get?