Calls have been made to ban this ludicrously dangerous and unsafe UberPool car sharing scheme, but TfL don't appear to be interested in public safety, just the money from the licenses they dish out like confetti. After a plethora of serious sexual assaults, as predicted, we have the first murder. 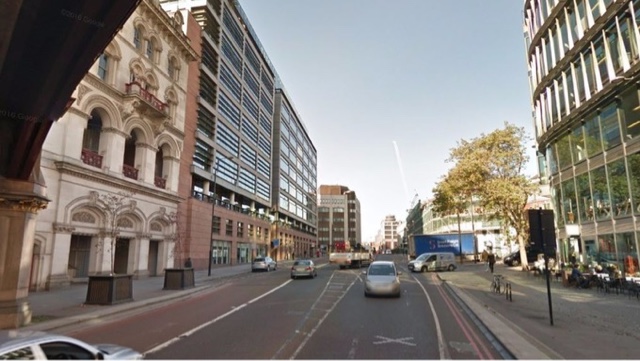 A 32-year-old old has been charged with manslaughter following the incident on August 26.

Alexander Bruce Thomson, 32, of Wandsworth has been remanded in custody and will appear at Westminster Magistrates’ Court on August 29.

The victim, who died the day after the attack, was travelling with four other passengers in a mini-cab through the City following a night out. The men got into the minicab near Farringdon station.

We want to hear from anybody who might have been in Farringdon Street and who may have seen what happened as the minicab pulled up and stopped.

At around 11.20pm the driver stopped the car and called the emergency services and the victim was taken to hospital.

His immediate next of kin are aware, but are in the process of informing other close family members. A post-mortem examination will take place in due course.

The City Of London Police have put out his appeal on their website:

A 32-year-old man has been charged with manslaughter after a man died following an incident in a minicab in Farringdon Street on Friday, 26 August.

The victim, a 23-year-old man from London, was pronounced dead on Saturday evening, 27 August.

His immediate next of kin are aware, but are in the process of informing other close family members at this time. A post-mortem examination has been scheduled to take place at St Pancras mortuary in due course (date to be confirmed).

Alexander Bruce Thomson (23.02.1984) of Broomwood Road, Wandsworth was charged with manslaughter on Saturday 27 August and he has been remanded in custody to appear at Westminster Magistrates’ Court on Monday 29 August.

Detectives from the City of London Police continue to appeal to anyone who may have witnessed the incident which happened after a minicab stopped in Farringdon Street on Friday night.

The victim was travelling with four other passengers following a night out having got into the minicab near to Farringdon station.

At approximately 23:20hrs, the driver stopped the car near to a bus stop by the junction with Old Seacol Lane, just north of Ludgate Circus, and emergency services were called. Both police and London Ambulance Service attended and the victim was taken to hospital, where he later died.

Officers arrested one of the passengers at the scene on suspicion of GBH and he was subsequently charged with manslaughter as above. No other arrests have been made at this time.

Detectives are urging any witnesses or anyone with information who may have been in Farringdon Street at the time the cab stopped to get in touch with them.

Detective Chief Inspector Perry Stokes, from the City of London Police said: “Our thoughts and deepest sympathies are with the victim’s family at this time. This was a tragic incident where a young man has gone to enjoy a night out, but sadly he will not be returning home.

“I would urge anybody who was in the Farringdon Street area on Friday night who witnessed the minicab stopping and what happened after to get in contact with us to help with our enquiries. The area where the cab stopped was not far from Ludgate Circus and there would have been other people making their way home at the time who may have information that could help us piece together what happened.”

Watch this short video made outside the Mayfair Hotel. One passenger in front seat and four bundled into the rear seats.

If TfL won't act on this one, we and legitimate PH should have a massive campaign to have an entire change of management at TfL..

ITN news put this on their website on Saturday, this morning it was gone!!!
Just shows how you can affect the news when you got billions of dollars behind you
This will be a cover up, with Uber saying what they normally say
"Driver wasn't working on our platform at the time"