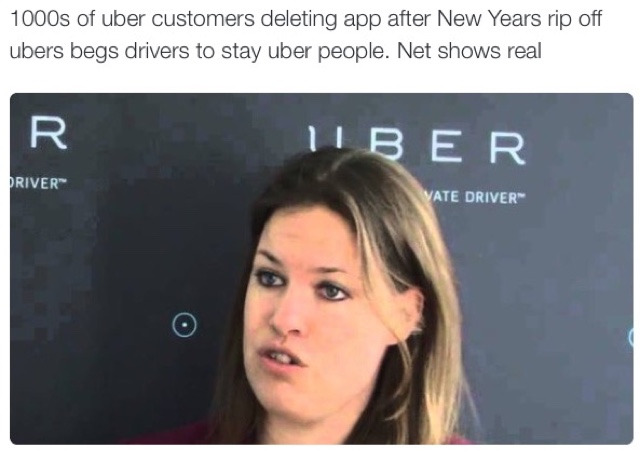 Uber's rapidly expanding its ride-hailing operations across the globe seems to have hit a major hurdle.

But here in Frankfurt's city of 690,000 citizens, slightly less than the population of Uber's hometown of San Francisco, the company recently did something unusual: It retreated.

In early November, Uber shut down its small office in Frankfurt’s centuries-old city centre, after just 18 months of operation. Mothballing the online platform that had let people hail rides through a smartphone app.

The pullback was spurred in part by drivers like Hasan Kurt, the owner of a local cab business, who had refused to work with the American service.

With more than 20 years of experience as an operator, Mr. Kurt said he disliked how Uber barreled into Frankfurt in early 2014, using primarily unlicensed drivers who had not passed the same exams and health checks required of licensed drivers. That low-cost service, UberPop, which is similar to UberX in London, faced legal challenges and was eventually outlawed by German regulators last March.

Uber then tried to recruit licensed Taxi operators like Mr. Kurt to build its service within the letter of the law. But Mr. Kurt would not budge.

"It's not part of the German culture to do something like what Uber did," said the bespectacled 45-year-old over, a cup of tea during a break in his busy holiday schedule. "We don't like it, the government doesn't like it, and our customers don't like it."

Uber's withdrawal from Frankfurt is just one of a multitude of retreats by the company across Europe in recent months.

In November, the ride-hailing service also pulled out of Hamburg and Düsseldorf after less than two years of operating in each of those German cities.

Over the weekend, the company has been subjected to a deluge of criticism and complaint as reports of price surges up to as much as x8.9 were recorded during the New Years Eve celebrations.

In Perth, Western Australia, one customer complained he was charged $480 for a 50klm journey usually costing less than $55.

In Sydney, Uber Surge Pricing: Department of Fair Trading is dealing with a number of complaints.

In London, there were reports of Uber customers deleting the app in their thousands. Many of these taking up the black Taxi app, Hailo.

In Los Angeles: The first time ever I took an Uber it was just under $5 to get me 15 miles from Malibu to Santa Monica. Awesome. The second time it was $12 each way back and forth to Beverly Hills. Great.

Going to dinner at 10:30pm on New Year's Eve I took an Uber to Beverly Hills and due to a surge it cost $18. Reasonable. At 12:30 when I pressed the button for Uber Pool (share the car with another passenger) I noticed the inconspicuous "Estimated Charge" icon and tapped it: $70 popped up. I cancelled the Uber and ordered a Lyft shared ride for $45. That was the good news; the bad news was that the screen read "Your driver is 4 minutes away" for the next 35 minutes. At 1:15am I managed to flag down a taxi that got me home for $41 plus tip. Cancelled the Lyft.  Priceless.

One factor you will find is where possible Germans will support their own brands...cars, electrical, food supermarkets etc this keeps the money in their own economy. An American cab firm using Japanese cars doesn't tick their box....The British public don't give a toss about any of this, as long as its cheap.

12.45pm. Spot on. That's shy we are driving cabs mad in China with a crappy Italian engine . Only in the Uk .

Eventually the bubble will burst, but the question is, will we still be here as a trade, or long gone?

Funny how the D&G merchants always leave comments as anonymous

Soon enough when UBER OR LYFT surge you will not have the option of getting a cab, they will not be around anymore.
Think long and hard what these greedy companies will charge when cabs are not around. Do you know who is driving you, in a legal cab you do. Support cabbies before we all become slaves to UBER. It's scary how much UBER & The
NAZZIS have in common, after all UBER means above in German, remember UBER ALLICE, above it all.

and its all happening under the nose of our own Government, who, instead of helping its own people, are not just content to stand by and do nothing, they actually have to give them a helping hand, and Boris, who lets not forget was the Black Cabbies best friend when he was running for Mayor. Its treachery