Another Uber Prius has burst into flames, this time on York Way. This is what happens when drivers share vehicles and the car is on the road virtually 24 hours a day. 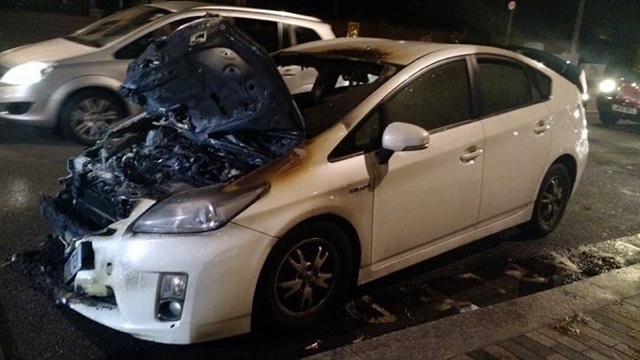 Here are just a few of the other Prius' that have spontaneously burst into flames over the last few months. 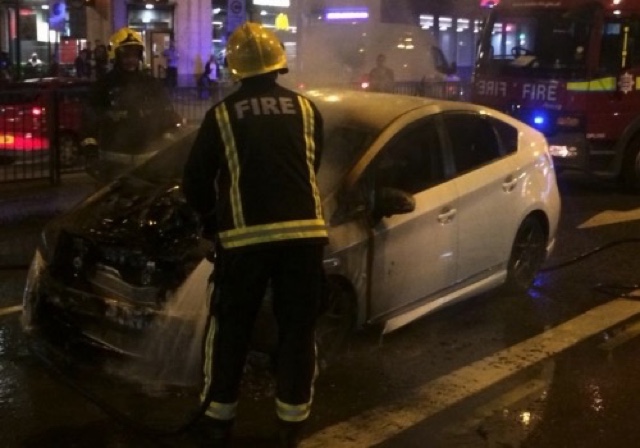 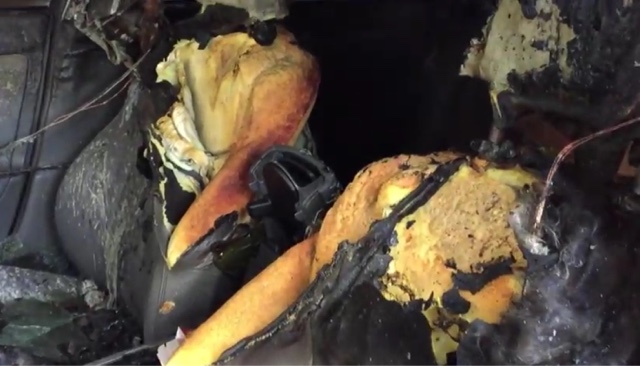 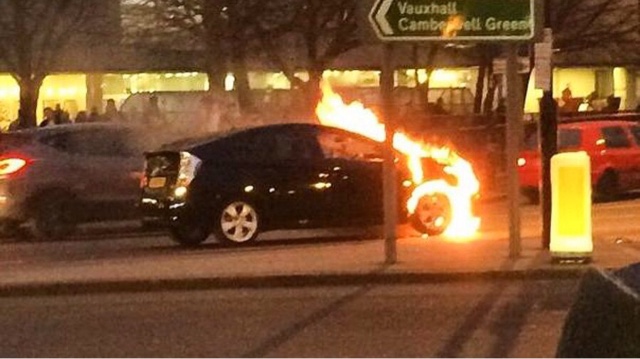 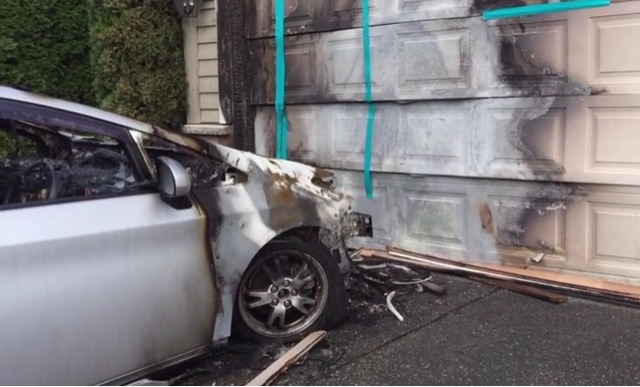 This will probably be a familiar sight as more and more of the new 600 PH drivers per week, realise they can't afford to rent/lease these vehicles on their own and take to sharing with other drivers. 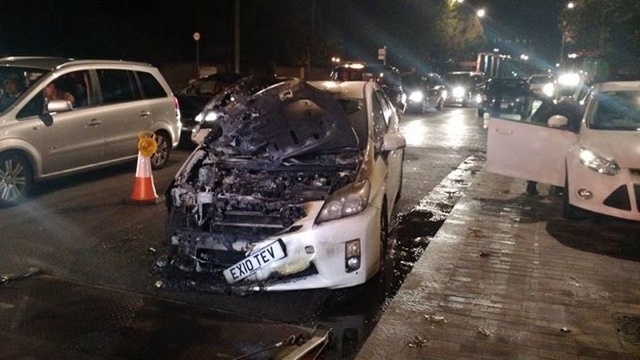 This vehicle is not suitable to be used constantly over a 24 hour period, as we've seen. But will TfL take the same line they did when TX4s were spontaneous combusting?

How long before someone is seriously burned or even killed?

Will TfL enforce a recall and  take these seriously dangerous vehicles off the road until they can be modified, so as not to put the public at risk. 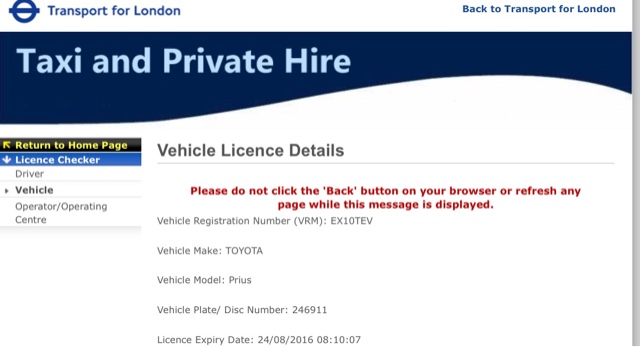 Normally, the first thing these drivers take from the vehicle when they're involved in an accident or major incident, is the private hire licence roundel. Doesn't look like this driver had time. 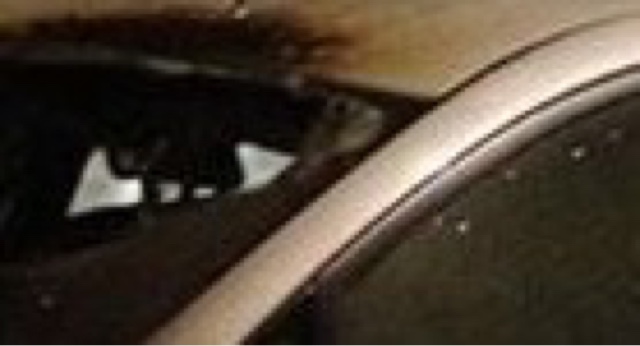 Posted by Editorial at 2:15 PM