The request for new ranks to be appointed in the London suburbs was part of the London Suburban Review, so as to increase the availability of taxis in all of the 22 London suburban boroughs, plus the 2 London Suburban extensions.The London Suburban Review was killed off by the LCDC, LTDA and Unite the Union at the very first meeting, where it was made very clear that they didn’t want any change to the way the cab trade was run at any cost.  Their spin doctors informed the trade that the London suburban driver wanted to work central London on a full time basis, which was not what had been suggested, but it did manage to achieve the object they needed. All debates with the authorities from there on in will be taxi issues within a 3½ mile radius of Charing Cross and their beloved Heathrow Airport.  Here you are some 3 years on from the London Suburban Review and the London taxi trade is on its knees, but those who make these decisions on behalf of trade and its workforce are doing very nicely thank you and are answerable to no one but themselves.TfL are closing the London Underground booking offices left right and centre and these no doubt will be taken up by the local PH operators. Not forgetting that TfL are looking to expand and roll out a 24 hour London Overground network.
Therefore, it will not just be the London Underground booking offices, but those National Rail stations that TfL are looking to take over in the near future.
You think CrossRail is your problem. Just wait until London Overground gets a real foothold.
Les.
Editorial Comment: 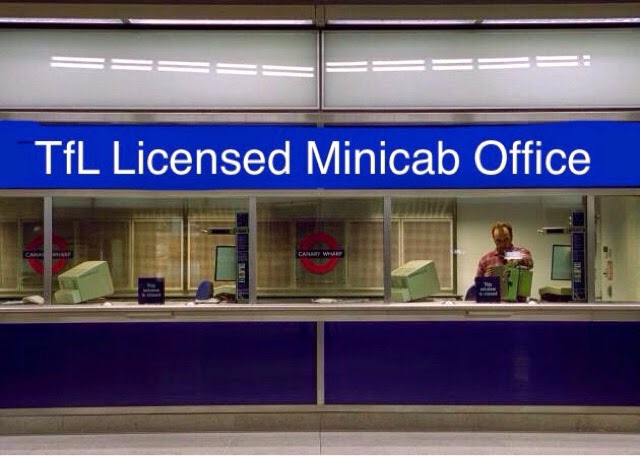 Taking into consideration this letter, together with the article from Val Shawcross, it just backs up what a Taxi Leaks uncovered back in December 2014.
We said back then that it looked like TfL had an agenda to replace station staff at144 stations with 24 hour minicab satellite offices. Many are all ready in place. Obviously, if there were a Licensed Taxi rank outside the station, selling a licence variation to a minicab company would be a hard sell.
With PH licenses being dished out like sweets, there will be no shortage of drivers offering to work the stations along the night service network. 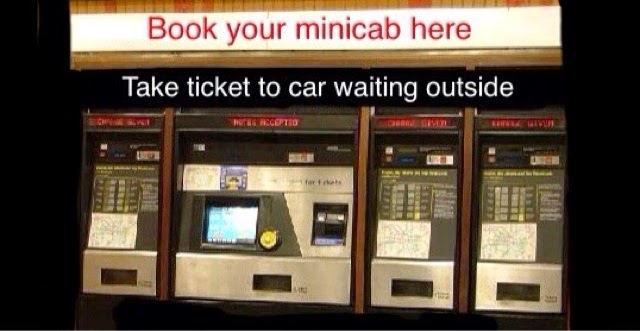 Posted by Editorial at 2:29 PM

Very good article and it's true the so called Trade has been in meeting after meeting with review after review and the only change was the ID's.
You could say we got what we asked for.My view is that we (GB & YB) missed an opportunity to be first with the Apps,but we had models that just copied the current rules & regs and drivers that were not prepared to support them.The PH then stepped in reinvented themselves with the help of Tlf.One thing for sure the electronic ply for hire will not change and PH driver numbers will not be reduced or capped.
We would need to change our strategy to stay in the game.Something I don't see happening.
Where is the UNITY
Where is the LEADERSHIP
Where is the STRATERGY
???

And PH DRIVRS from next year will be required to undertake a mini Knolwedge 28.000 black cabs vs 90.000 PH. work it out tfl make sod all out of us apart from hasel don't believe me go email TFL

Not if we can help it