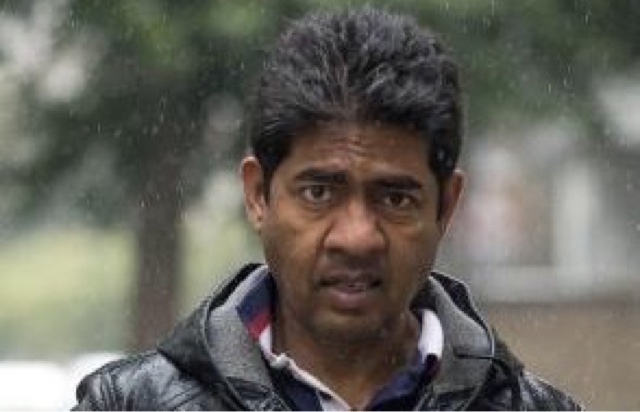 A rickshaw driver assaulted a young clubber after offering her a free ride home from London’s West End, a court heard.

Mohammed Hossain allegedly tempted the 21-year-old woman into his carriage after spotting her crying in the street.

The 35-year-old then clambered into the back seat alongside her before sliding his hand up her short skirt, it was claimed.

Patrolling police officers spotted the distressed woman stumbling out of the rickshaw near the British Museum and gave chase as Hossain pedalled off.

Hossain, from Plaistow, east London, was arrested further down the street and appeared to be drunk, Blackfriars Crown Court heard.

James Benson, prosecuting, said: ‘On the night of the March 6, a female had gone to a nightclub that Friday with a friend of hers in the West End of London.

‘She had drunk some alcohol and at 1am she decided to leave the club. She was a little tipsy but she was not drunk. She was wearing going-out clothing, including a short skirt.

‘By the time she had left the club she had had some kind of argument and so when she left she was on her own.

‘The defendant, sat on the bike seat of the rickshaw, decided to engage her by talking to her and learned about the fact that she was upset. 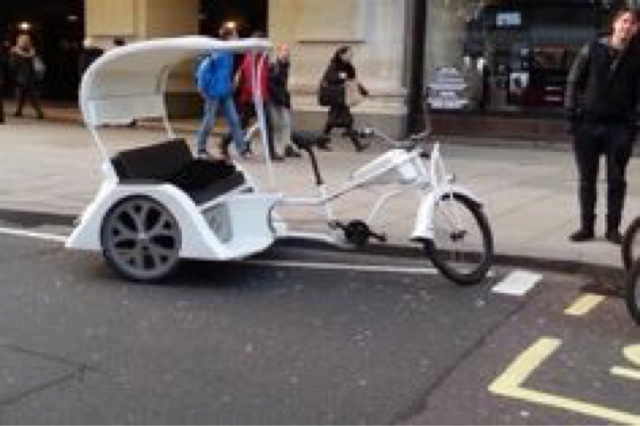 ‘He offered to give her a ride home in the rickshaw for free. She thought the defendant was just being nice, and so she got into the rickshaw.’

Hossain put a blanket over her legs and then pedalled away before stopping near the British Museum, the court heard.

He went into a shop and came out with a bottle of vodka, a bottle of Red Bull and a polystyrene cup.

The alleged victim accepted a sip of the drink but when Hossain put an arm around her she told him: ‘No I have a boyfriend.'

Mr Benson added: ‘From that stage on the defendant should have been aware that she was not going to consent to any further touching.

‘When he first tried to put his arm around her she told him no, but the prosecution say the defendant persisted and touched her on the knee.

The 35-year-old allegedly tempted the woman, 21, into his rickshaw bike after spotting her crying in the street, it was claimed

‘She felt in reasonable control at that stage, so she told him she wanted to go home. The defendant then leaned in for a kiss.

‘The defendant took his hand, put it on her knee and then moved his hand up the inside of her thighs towards her underwear and only stopped a very short distance from touching her between her legs.

‘Having done that the defendant leaned in again to kiss her and she shouted no.'

Hossain, from Plaistow, east London, was arrested further down the street and appeared to be drunk, Blackfriars Crown Court (pictured) heard

The alleged victim struggled and managed to get out of the rickshaw as two police officers drove past in a patrol car.

Mr Benson said: ‘They say they saw her stumbling from the rickshaw, and she was clearly upset.

‘She told them what happened and one officer chased the rickshaw as he rode off. The second officer went around the street and caught him and detained him.’

Hossain admitted the woman had been in his rickshaw but made no comment in police interview. He denies sexual assault.

Posted by Editorial at 5:07 PM

As Boris said its a free market,& lets face it the Taxi trade's been taking it up the arse for a long time now??

Hi there! Someone in my Facebook group shared this website with
us so I came to take a look. I'm definitely loving the information. I'm book-marking and will be tweeting this to my followers!