Canonbury Dawn Raid Could Be Related To Uber/Terrorism Link.

Uber have recently stressed that their systems have not been hacked and that stolen customer details are down to weak passwords. This statement came in the wake of hundreds of thousands of London customer details being sold on the Dark Web. In certain cases account details were sold for as little as $1 each.
We have since been informed by Tech Blog Motherboard, that American account holders details have now appeared for sale on the Dark Web.
Have Uber customers become an easy target for terrorist fund raisers? 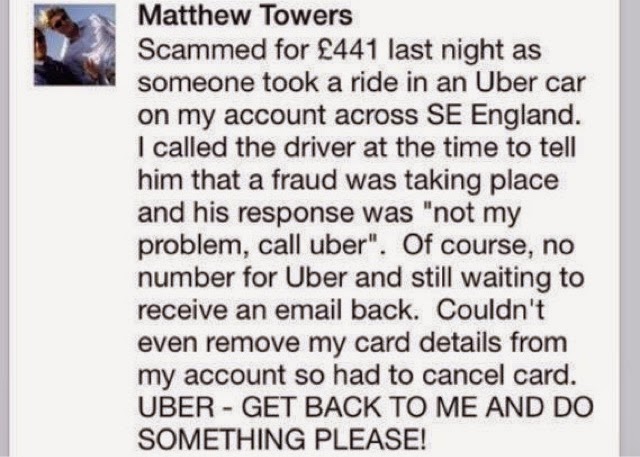 Huge amounts have been taken from account holders credit and debit cards. We've been informed that due to the seriousness of the fraud, Pay Pall have refused to be part of the Uber payment system.
This was available today: 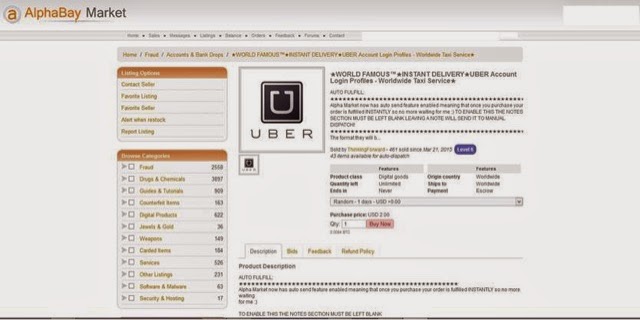 It's been alleged that a conspiracy to commit fraud has been taking place by Uber drivers with money being passed on to a certain terrorist group. 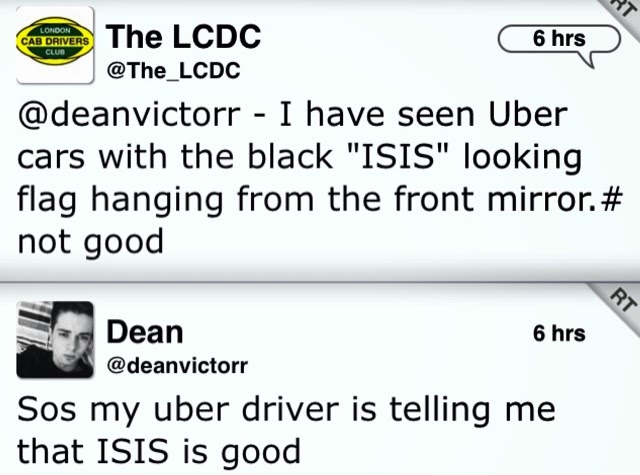 Eight police vehicles including “riot vans” were seen outside a property in Thorndike Road at 6am this morning as police stormed the address – according to one neighbour’s account.

The reports coincided with an operation by the Met’s counter terrorism command in which a 32-year-old woman and five men, all in their 20s, were arrested across six addresses in north London on suspicion of conspiracy to commit fraud and money laundering.

It is not known whether any of the men at the Thorndike Road address were arrested.

Police say the raids, which also saw a 38-year-old man arrested in Luton for money laundering, were part of an ongoing investigation into a scam linked to UK extremists travelling to Syria.

The suspects were taken to a south London police station.

Posted by Editorial at 4:50 PM

Just a matter of time before an Uber car bomb kills