One rule for the workers, and a different one for the bosses.

The MayorWatch blog has again bought to our attention the likes of Transport for London boss Sir Peter Hendy to treat his well-paid colleagues, suppliers and even the odd politician to a decent meal complete with a bottle or two of wine 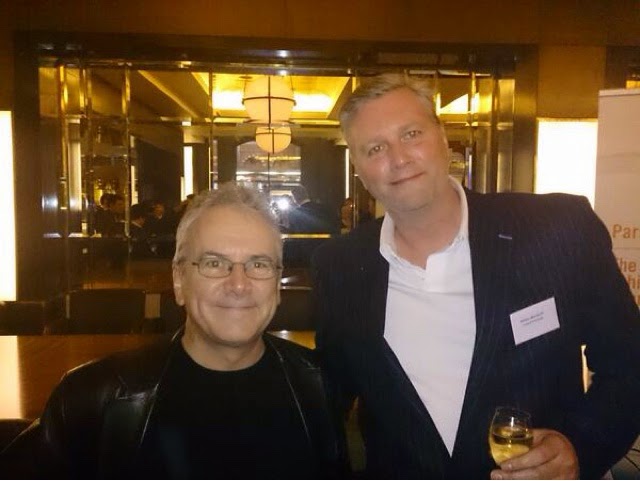 TfL defends Sir Peter’s expenses by stressing that he only claims them in the course of his official work:

“Sir Peter Hendy is overseeing the delivery of a ten-year multi-billion pound budget to manage transport in London, and also deliver Crossrail and the upgrade of the Tube.

“There are occasions when his full schedule necessitates the use of taxis, working late into the evening and sometimes hosting dinners with stakeholders.

“Some, but not all, of the expenses incurred are claimed.”

Fair enough you may think, but we would hope Sir Peter reads his own organisation's notes on the affect of Alcohol at Work. TfL's Policy includes the following warnings:

“the consumption of alcohol even in small quantities will adversely affect safety, performance, conduct or efficiency”

“it is an employees responsibility not to come to work if they are under the influence of alcohol. The consumption of alcohol prior to commencing work, whilst at work or during meal/rest breaks in the working day, including meal/rest breaks spent outside TfL/operational premises or when on call, is strictly prohibited and may result in disciplinary action.”

“it is recognised that employees may be required to attend functions on behalf of TfL where alcohol is being served. At such functions employees are permitted to consume a reasonable amount of alcohol. Employees should be mindful of their level of alcohol consumption and are reminded that when representing TfL a high level of conduct and professionalism is expected and that all employment policies and procedures apply.”

Martin Hoscik says on his blog

"You don’t have to be much of a puritan to think that a couple of bottles of wine at a meal in which only two people are present is more than a “small” quantity and may even slip beyond the definition of a “reasonable amount”.

We would also point to the case of Bob Kiley, bought over from the States to run London Underground.

After admitting he was an alcoholic, he made the statement that he couldn't understand why he was being paid so much money as he was drunk most of the day.

It's not known if TfL's policy applies to Sir Peter and other top officers, or even those with responsibility for the network’s continued operation during a security or safety incident who are deemed to be “on call”.

Martin went on to say:

"Even if TfL’s boss class operates under a different set of rules, are they somehow less susceptible to the effects of alcohol?

Do they possess some special quality that means the consumption of generous amounts of booze during a meeting will not “adversely affect” their “performance, conduct or efficiency”?

And if so, is this the result of their inherent natural superiority over we mere mortals, possibly justifying their huge salaries and bonuses, or simply the culmination of years of practice around (sometimes women free) dinner tables?

Posted by Editorial at 5:18 PM