Utter Crap Again From The BBC. Deserves A Flash Mob.

Headlines on the BBC website announce:
London taxi driver jailed for Hitchin firefighter's A1 death
Followed by:
A taxi driver who caused the death of a firefighter and ex-Olympic bobsledder from Hertfordshire has been jailed.
Then they coolly announce:
St Albans Crown Court heard the private hire driver for Brent Council had stopped his taxi on the southbound carriageway near the Hatfield tunnel when he thought a stone had smashed the front passenger window of his car.
That's right, it's a car, a minicab to be precise, not a Taxi.
Not the first time the BBC put out crap like this, by a so called journalist/reporter who cannot tell the difference between a Taxi and a Private Hire car.
Is it lazy journalism?
or a conspiracy?
What it is, is dangerous!
The BBC are blurring the distinction between minicabs and Taxis at a time when serious sexual assaults are at an all time record high.
The Met have admitted that 90% of attacks from Minicab predators go unreported and the official figure of 2 a week, is more likely to be around 20-25.
It's time we started turning our attention to the BBC to let them know just how crap their standards have become.
Why are organisations like Rape Crisis and the Susie Lamplugh trust not shouting from the roof tops about these type of mistakes from the Beeb.
We should organise a whip round and purchase a 15 year old TX1. Get a livery put on it showing the difference between a Taxi and a car, plus the true minicab related sexual assault statistics, clamp it and park it outside broadcasting house. 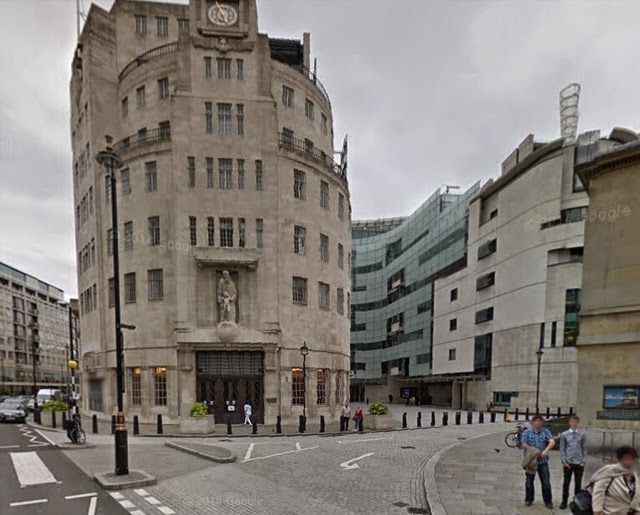 Then flood the place with Taxis blowing their hooters, while the "one show" is on.
Also, let's set the scene first by getting Knowledge students to had out fliers outside broadcasting House all day long.
We should get ITV, Channel 4/5, Sky News, RT, and CNN to film what's going on.
Editorial Comment:
We mustn't forget that the idiotic actions of this poorly qualified minicab driver has resulted in death.

Fireman Rob Pope, a father of one, was also a member of the Olympic Bobsleigh Team at the 1994 Winter Olympics at Lillehammer in Norway.

At the time of his death, his wife Nicky said:

"Rob was a joker and always saw the amusing side to life. He doted on our little boy and we will never forget him."

The minicab driver, Mohamoud Amin, 38, of Park Royal, London, was jailed for three and a half years.

Our sincere condolences go to the family of Rob Pope, the fireman who was killed.

Posted by Editorial at 2:27 AM

Have you complained to the BBC, or the broadcasting regulator, Ofcom?

I believe the more complaints received, by individuals, the more notice is taken. The trade should encourage as many complaints as possible.