Earlier this week, we were informed that LTPH's proposed move from Palestra to Faith Lawson House in Dacre Street Westminster, had been postponed.
There are now strong rumours that the intended move has been cancelled altogether.
We have been informed by an insider that the building is to be sold off and may well become a new Holiday Inn Express. 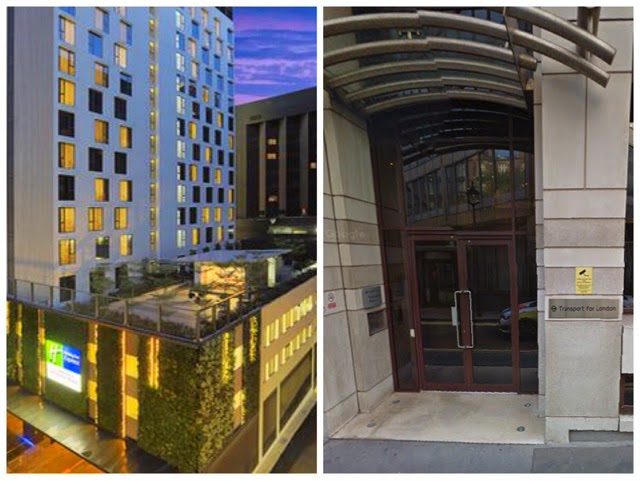 If TfL are still intent in pushing LTPH off into the wilderness, then another suitable location has to be found.
Not as easy as it may seem, as the place must be defendable against the increasingly aggressive and proactive Taxi trade, who feel they are having the life blood kicked out of them by TfL's policies.

Caught on Camera:
An Addison Lee driver who obviously hasn't got the knowledge, follows the rout shown on his SatNav  which takes him through a set of three "No Entry" signs and dangerously along a one way street the wrong way.

Posted by Editorial at 8:47 PM

Unbelievable Jim, how do you do it and the top orgs are always in the dark.

Hat off to you sir and you do all this for nothing.