Letters to the Editor. Inside Out Lindon, Insurance Excess and Yellow Elephant.

Louise Hulland investigated, How safe are London's minicabs
Note Inspector Collinson happy to leave the public with the completely false impression that Cab Enforcement have 2000 officers, all getting involved against touts.
What it did show, was the complete failure of the established trade organisations over the last 15 years.
Well done to all who got involved.
Of course one of the root causes is the satellite office and as the public don't know the difference the absolute need for a great big sticker on PH stating This Vehicle Must Be Pre Booked
Concerned cabby
Editorial Reply.
Dear Concerned Cabby.
Inspector Collinson made an appearance at yesterday's GLA inquiry. He stated that of the last 1000 arrests for touting, 90% resulted in a conviction? Taxi Leaks will be taking this up as our FOI requests for these statistics show a different ratio. Also the Inspector made a comment about rape victims that we feel should now be referred to the IPCC. Not only was it a slur on rape victims, it was also a damning indictment of London Taxi drivers good character. FLEET RENTAL EXCESS
Dear Jim,
Further to the letter you received from Mick Smith on fleets charging an excess on accidents I can confirm that this is now common practice and has been so for the last few years.
The 'excess' is normally only charged if the driver is involved in a definite 'fault' accident and if the cost of the damage is greater than the level of the excess.
It has nothing to do with PCNs issued by the Boroughs or TfL because responsibility for these penalties can be transferred from the fleet owner to the individual driver quite easily by making a representation.
No excess is charged on non-fault accidents where the costs can be claimed from the third party's insurers.  The point of the excess is to encourage drivers to take more care thereby reducing the number of accidents and keeping the fleet's claims experience as low as possible. This in turn prevents the cost of insurance from escalating and weekly rentals increasing.
With insurance being the largest single cost in running a cab, a fleet with a bad claims experience can see this cost increase by many thousands of pounds so the excess makes sense for everyone involved.
Regards,
Alex Kaye
Frankum and Kaye Limited
Editorial reply.
Alex, thanks for taking the time and trouble to give the fleet owners perspective on insurance excess.
I'm sure this will clear up any myths and rumours that drivers may have heard.
TtT. 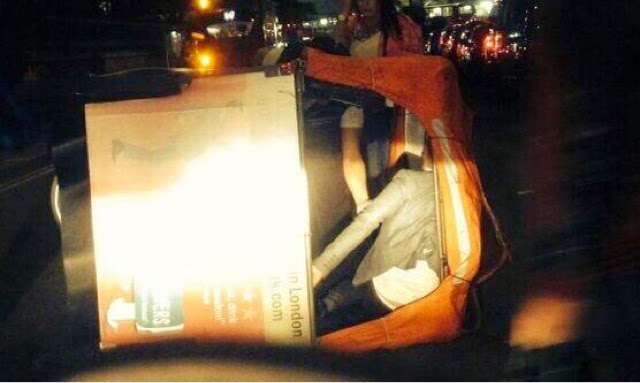 Dear Editor,
On the way home tonight via the Elephant and Castle, the cab in front of me stopped for a hail by the series of bus stops by the shopping centre, as I overtook the driver signalled and said something along the lines of 'do you want this one?', the passengers came over to my cab and said Goldhawk Road please'.I then said to the driver of the other cab in a sarcastic manner 'what's up, not going your way', it was then I noticed his yellow badge on the end of his LCDC lanyard!Still £40.00 and a little bit later home, I was none the worse, but could not help a wry smile considering all that's been printed elsewhere .I can back all this up as I have an In-car camera, I of course won't be offering up the details to anyone except the editor in confidence and certainly not TfL.Name and details supplied 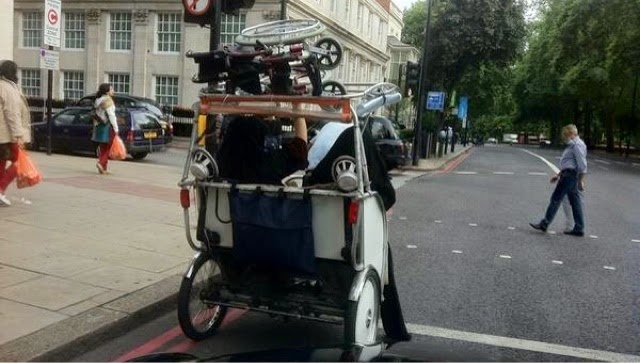 All images taken from twitter.
Posted by Editorial at 1:45 PM