Boris will have to face the Air Quality Commission next Wednesday, 10th September.
But in a written submission to the committee, he has continued to lie about the affect on pollution of his unlawful Taxi Age Limit.
Even after two major reports have shown new Taxis have higher levels of dangerous NO2, NOx and PMs than the 3000 vehicles his policy has needlessly scrapped, Boris is still unrelenting in spreading the untrue myth that older Taxis are more polluting.
Below is one of the statements made in his written submission:
2.1                   Measures implemented in the Mayor’s first term include:
•       Tighter Low Emission Zone (LEZ) standards for 150,000 vehicles and including vans and minibuses from January 2012. The LEZ is the largest citywide zone in the world with all HGVs, buses and coaches having to meet a minimum Euro IV PM standard and all vans and minibuses having to meet a minimum Euro III PM standard.
•       Cleaner buses by building the largest hybrid bus fleet in Europe with over 267 already on the road and developing the New Routemaster, the cleanest and greenest of its type;
•       Taxi and private hire vehicle (minicab) age limits – introducing a 15 year age limit retiring over 3,000 of the oldest, most polluting taxis and requiring all new taxis to be a minimum Euro V standard. Introducing a 10 year age limit for PHVs encouraging the uptake of newer cleaner vehicles – with a current average PHV age of 4.5 years.
•       Air quality neutral development required in London Plan
•       Buildings retrofit – over 400,000 homes and public buildings with energy efficiency measures which reduce their emissions. 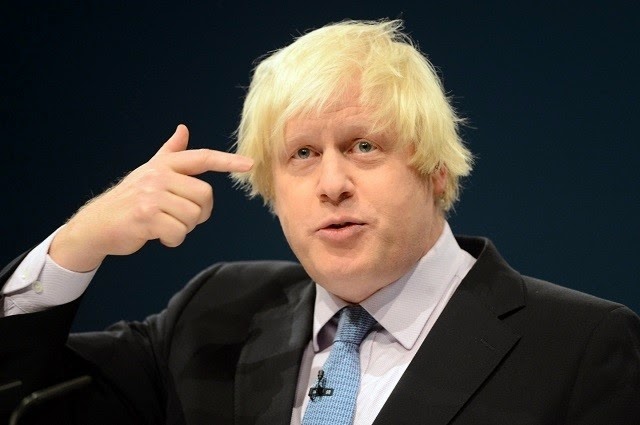 How can Boris keep getting away with the lies he's tells.
Posted by Editorial at 5:20 PM

He was sacked in 1988 by the times for lying

He was sacked in 2004 by the Tory leader for lying.

Ten years on he is still lying and should be sacked.

He gets away with it because we let him, join then CAB demo, write to your MP and DEMAND answers.

This man is mad, bad and dangerous, he has ambitions to have his finger on the nuclear button.