MILTON Keynes Council has just announced that mayor Subhan Shafiq has resigned after he gave a reference for a taxi driver convicted of rape and other serious sexual offences who has been working in the city. 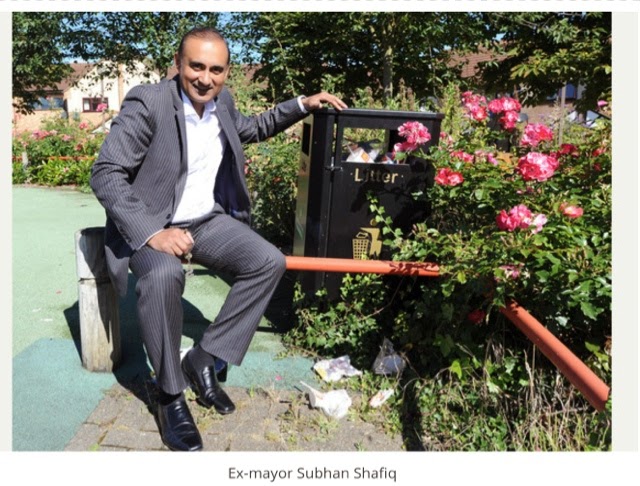 Two other councillors, Liberal Democrat Stuart Burke, who represents Shenley Brook End, and Labour's Gladstone McKenzie, from Bletchley Park ward, who were members of the Licensing & Regulation Committee that approved the driver's licence, have also resigned.
The council is now carrying out an investigation into six other drivers accused of other serious offences, that do not include rape.
One of them is being investigated for a sexual offence.
Skyline employed driver convicted of rape - but says it 'didn't know' and blames Milton Keynes Council for giving them a licence
The shock announcement came at a press conference at the Civic Offices today,  where chief executive Carole Mills and Leader of the Council Pete Marland gave statements.
Cllr Subhan Shafiq said: “It is with deep sorrow that I feel that I have no alternative but to resign as Mayor of Milton Keynes as I have lost the confidence of many councillors.
"Sadly I gave a reference to someone, three and a half years ago, regarding the few years I have known them in Milton Keynes, with hindsight I should not have. Now I am Mayor it is best that I resign as the office of Mayor must be above criticism.
"It has been a great honour for me to have been elected Mayor and it is with regret that I have had to resign.
"I hope that I have served the residents of Milton Keynes well during my short period as Mayor. My wife and I have been so proud to represent this great city of Milton Keynes.
"I will obviously continue my work as a ward councillor and represent my residents to the best of my ability."
Cllr Stuart Burke, former chairman of Licensing & Regulation, said: “It is with regret that I have decided to resign as Chair of Licensing and Regulation.
"It is clear that on reflection I made an error of judgement in taking the decision to grant a taxi license in this particular case. I am pleased that there are now much clearer draft rules on how to deal with applicants that have paid the price for their crime.
"I have enjoyed my last four years as Chair of Licensing & Regulation; I would like to thank my fellow committee members and all the council officers who have helped me while I have been Chair. I will continue to work hard for the residents of my ward” ended Cllr. Burke."
More news on this as we get it.
Source MKWeb.

Posted by Editorial at 7:04 PM