Dear TfL, Save Yourself The Cost Of Going To Court, Just Read The Meter....by Chris Payne.

Taxi Driver Russell, tweeted yesterday that he phoned for a minicab to take him to Walthamstow on Saturday.
Although the minicab that turned up came from a local minicab operator, he noticed that stuck on to the windscreen and attached to the vehicle by a power cable, was a Smart Phone/PDA devise. 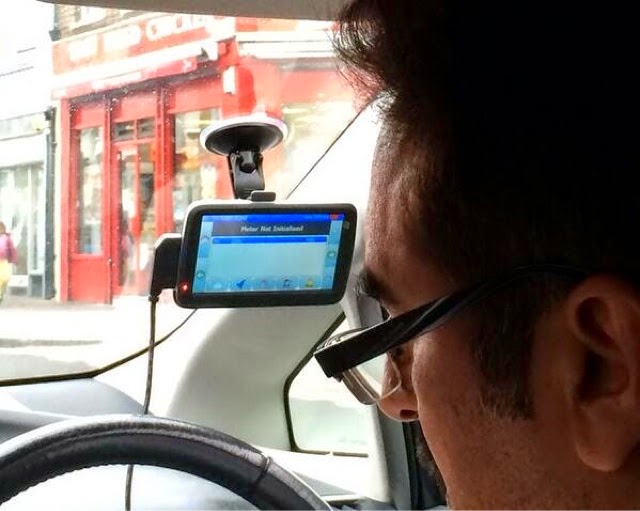 On the device were the words.
Meter Not Initiated.
As there is only one PH operator using a Taximeter, it's fair to assume the driver is obviously moonlighting for this company, in much the same way Licensed Taxi drivers on Dial A Cab or Com Cab also subscribe to Hailo.
Now it's quite evident from this photo that;
* Uber call this device a Meter.
* The device refers to itself as a Meter.
* The driver of the minicab refers to the device as a Meter.
So for all intense and purpose, it's safe to say that this is a Meter.
The device measures both time and distance to give an overhaul cost of the journey.
So it's not just a Meter, it's a Taximeter.
Everyone knows it's a Taxi meter except Leon Dainels, who has gone to the high court to get a definition from someone smarter than himself.
Considering that we as licensees and also tax payers, pay this man annually the enormous sum of £267,768 plus a performance related pay bonus of £72,690, it would be fair to assume the holder of such high position within TfL should be/would be smart enough to make an informed decision on this matter himself. 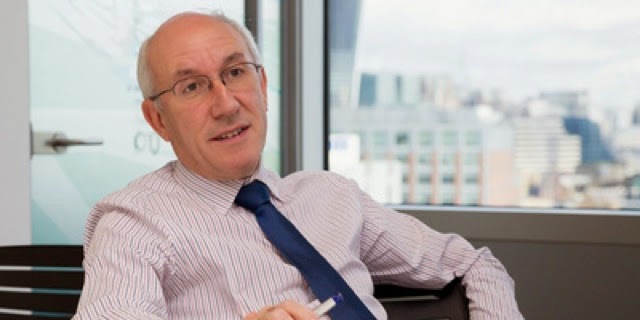 Managing Director of Surface Transport, Leon Daniels, at £340,458 took home more than double the salary of the Prime Minister in 2013.
Posted by Editorial at 12:23 PM

This is a man who wants to force Taxi drivers to give credit by accepting card payments. He also wants us to absolve the CC charge

Yes, well done Leroy
So we will soon be losing the feeder park surcharge and then have to pay CC company costs out of our end.

Tell us again Leroy, just what was the deal you struck with Visa in 2012?

Did that involve some form of performance related pay back

Lets hear from the UTG, what are they going to do?

If they UTG do nothing over this latest information, then many will say that a deal has been done with TfL for their silence.

All that money we give them, and for what?

To be fair the LTDA have taken private prosecutions out against six Uber drivers.
But TfL should have stamped on this as soon as it became apparent Uber were using meters

It should be Uber going to court to appeal a revoked licence. Not the other way round

If Lieon Daniels wanted the opinion of someone smarter than himself, he should've asked the advice of 'The Mickey Mouse Club' and saved taxpayers money!

Unbelievable! He's a self proclaimed idiot but still holds his position! Once it has been clarified as a meter, this man would have proved himself unfit for his role and should be given the chop.

Davis wants the picture in this article on the front page of The Badge for recruitment purposes - direct and immediate action isn't allowed under the latest agreement the UTG has made. So don't hold your breath while the the UTG organise any action.

What is required is immediate direct action in the form of a massive flash mob demo outside the bis wan*ers office to highlight just how incompetent Daniels is!

It's pretty obvious enforcement has never examined this device; had they had done so, no way would TfL be seeking a high court ruling!

Another back office deal without asking anyone.

Looks like the Trafalgar Square demo was the largess gathering of dupes since the last election!

Don't worry, the campaign of holding TfL and it's oversight committees is just beginning.

Be sure the highly motivated volunteer will continue the fight, we ain't all in it for the money.

Nice to see an exclusive, no doubt to be repeated in the tired same old same old trade mags.