Hammersmith traffic came to a standstill this yesterday (Feb 11) from tailbacks caused after a 69-year-old man was involved in a crash with a car in Sutton Court Road.

The man has been taken to hospital with severe head injuries.

London Ambulance crews were called to the incident just before 2:30pm (February 11).

A spokeswoman from London Ambulance Service, said: "We were called to reports of a collision between a cyclist and a car. We sent a responder in a car and two ambulance crews.

"A 69-year-old man with head injuries was taken as a priority to the major trauma centre at St Mary's Hospital, Paddington."

The incident caused severe tailbacks as the A4 Hogarth Lane was closed, causing queueing westbound between Hogarth Roundabout and the Sutton Court Road junction. There was also congestion up to the Hammersmith Flyover junction.

One cyclist collision and West London goes into meltdown.

The results of decades of road closures, environmental areas and gentrification. What ever happen to the statement made just before the Olympics by TfL?

Whilest on a tour of CentreComms at Palestra, with a delegation from the UCG, we were informed: "When the trafic builds up, we can tweek the lights and ease the flow."

This is London, it is not Amsterdam.

Again we see a cyclist lulled into a false sense of security, fall victim to a collision whilst driving in unsafe conditions. This comes hours after Olympic cyclist Chris Bordeman, made an extraordinary statement on LBC, claiming that cycling in London is safer than gardening.

How many gardeners have died this year as a direct result of plodding about in their garden?

How many cyclists have died on the roads around the capital?

'We have our cameras EVERYWHERE, there aren't too many places not only a bus but an individual can hide within London that we can no longer see'

If this statement is true, how come TfL, our licensing authority, doesn't act on the ever expanding lines of illegally plying for hire minicabs outside night venues.

They certainly pick up Taxis over ranking at stations, but seem blind to what's going on with private hire vehicles. 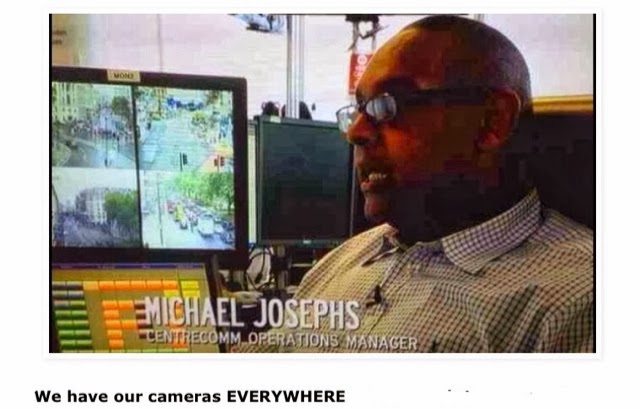 We Have Our Cameras EVERYWHERE

TfL and Boris must be held accountable for the deaths of cyclists.
As said in post, this is not Amsterdam it's central London