The Chinese are coming: Was LTC Only Saved To Use As Distribution For Geely Cars?

The London Taxi Company has been ferrying the city's passengers around for more than 60 years, ensuring its brand is recognised the world over.
But the famous company no longer has a monopoly on the streets
It is facing competition from the likes of Mercedes and Nissan
The company must innovate to ensure it doesn't struggle, as it has in the past
Walk through London's streets today and you will see this iconic company, which has some of the globe's most knowledgeable cabbies, no longer has a monopoly on London's market.
According to David Bailey, of the Aston Business School, the competition "was opened up some time ago."

Bailey said, LTC has been "losing market share to the likes of Mercedes, who can take a van and produce it in very big numbers, and get their cost down and convert some of them into taxis. Much more difficult, then, for the London Taxi firm to compete with them .....they are producing in small volumes at higher cost."
And this is where many of the taxi company's problems lie.
I had the opportunity to film at their Coventry factory last year and see the work they do first-hand. But a week after my visit, the company, then owned by Manganese Bronze, filed for administration after failing to have turned a profit since 2007. 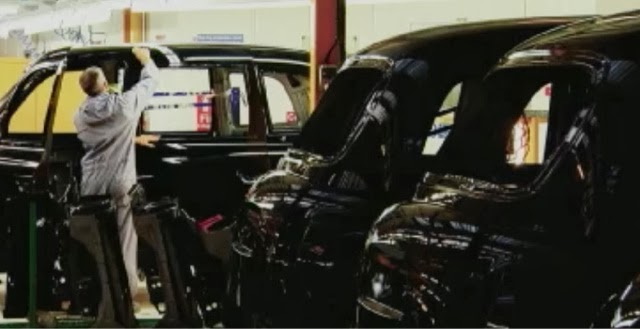 To add their troubles, the company also discovered a safety defect in its new TX4 model, leading to the recall of 400 cars and a stop in further taxi sales.
But a year is a long time in business and today, The London Taxi Company is back from the brink, after being bought by Chinese automotive giant Geely for £11 million.
While I am glad that production has resumed and their very skilled workers have their jobs back, I am apprehensive about the future of their UK factory.
The vice president of The London Taxi Company, Peter Johansen, told me their factory will produce 1,400 vehicles for the UK market -- that's 12 vehicles a day.
It's hardly going to swell their coffers.

To add to that, workers here won't exactly be putting their creativity to good use. As I found out, these vehicles will simply be assembled here with pieces that come from Shanghai.
The set-up begs the question: What's the real reason for keeping a production base in the UK?
According to Bailey, "this is about Geely buying The London Taxi Company to act as a distributor of Geely cars, which will be arriving fairly soon to the UK and European markets. So, it's very much a case of the Chinese are coming, in quite a big way."
So for now, Geely is testing the ground in Europe; preparing it for their arrival.
Johansen tells me the company is gaining ground globally. "They will move into Western Europe and other places eventually, but their focus is on the markets closer to home in China where they are made," he said. 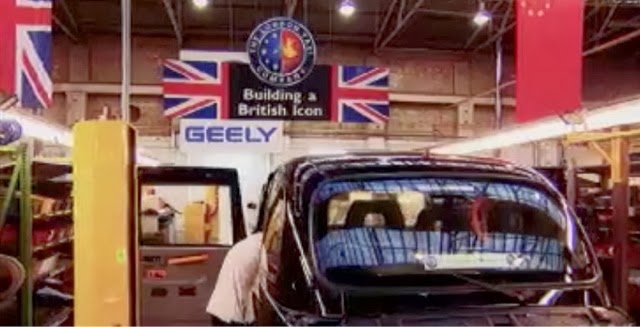 "I think when they have established those markets, and become established in those markets, I think you will see then start to manufacture outside China," he said.
In the meantime, they face a challenge: How to improve their taxis? And how do they compete with the cheaper and lighter Eco City Vehicle which is customized by Mercedes-Benz?
Japan's Nissan is also reported to be launching a taxi for the London market.
But Johansen welcomes the challenge. "Competition is always healthy," he said. "You have to be able to compete in your product and we produce the elite taxi that everybody will like to have, so I'm not frightened by any competition."

That may work while there is cash available. But to secure a less bumpy future, they need to innovate. Being an icon may no longer be enough.
Source CNN.
Editorial comment
Couple of huge mistakes in this article from the CNN website.
And how do they compete with the cheaper and lighter Eco City Vehicle which is customized by Mercedes-Benz?
Firstly, the Mercedes Vito Taxi is over 20% more expensive than the TX4.
Secondly, the Mercedes was not made by Eco City and customised by Mercedes Benz, it's the other way round.
Please send any complaints about the article to CNN and not Taxi Leaks.
Posted by Editorial at 1:47 PM

Without a hybrid engine and a more reliable product, they cant last.

The TX is crippled by its steel ladder chassis. It's too heavy and slaughters fuel economy. The Nissan and it's Euro 6 Diesels will kill Geelys product.

I was tempted to change the copy
But that's unprofessional

I hope these two mistakes don't take anything away from the message that we could be seeing the Geely Minicab side by side the TX4 in Brewery Road.