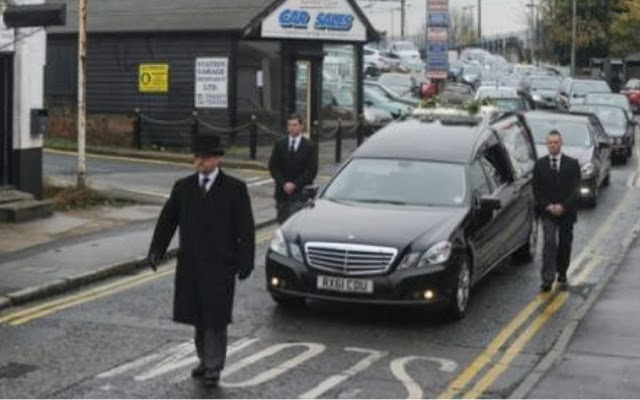 NEARLY 30 taxis joined a funeral procession to give a popular cabbie a proper send-off.

Dave Tenant, 63, who was based at the rank at Benflett station, died after a six- month battle with cancer.

His colleagues followed the funeral cortege to Woodside Cemetery, in Manor Road, Thundersley.

After the packed service family and friends made their way to the Anchor Inn,on Essex Way, Benfleet, for the wake.

Friend and colleague Geoff Bradley said: “People were having to stand at the back of the chapel because so manymourners turned up, which says a lot about the type of person Dave was. He got the send-off he deserved.”

Posted by Editorial at 1:34 PM