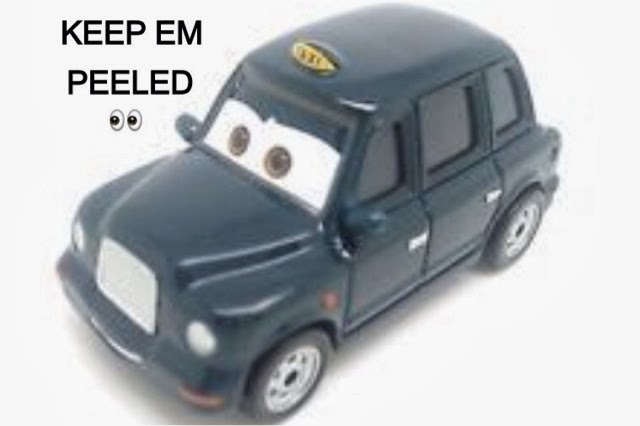 London cabbies urged to act as 'police officers'. Are they sure?
We've been reporting crimes in the form of touting and illegal plying for hire, taking place on virtually every street in central London, outside pubs, bars, restaurants and night clubs for the last decade....and the Met/CoL police have ignored us. Now they want our help
Below is an article taken from car website, recumbu.com
London taxi drivers are being urged to report the crimes they see whilst driving. The London Taxi Watch initiative hopes taxi drivers can be persuaded to pass information to Crimestoppers anonymously and alert the authorities of suspicious behaviour.
(Something we've been doing for years that has been ignored )
Regan Hook, Crimstoppers’ London campaigns manager, said the drivers could become “everyday heroes” by reporting crime. He added: “Cab drivers may be aware of crime perpetrators including those involved in vehicle-related crime or may have information and intelligence about other serious crimes.”
Metropolitan Police Commissioner Sir Bernard Hogan-Howe suggested that cab drivers could be in league with police officers when it comes to ensuring that the streets of London are safe. He said: “London’s cabbies are the best in the world. With police officers they are there all hours, all weathers and all places. They can be our eyes and ears and help victims of crime.”
Mr Hook agrees, saying: “[Cab drivers] can invaluably help fight crime by contacting the charity anonymously and play a part in making London safer.”
(That's right. 25,000 pairs of eyes and ears could be a great partnership.)
The initiative was launched outside London’s City Hall at 10am on Thursday 28th November.
What do you think about the idea? Agree with it or not? Let us know by posting in the comments below.
Posted by Editorial at 5:53 PM

It just goes to show that even Sir Bernard Hogan-Howe thinks that the London taxi driver is more vigilant than his paid police officers.

Yet another body that want to live off the back of the London taxi driver.

After the way old bill treat our complaints
No way, I'd say

The police have been ignoring crimes committed against us (civil matter) and touting is now completely ignored.

As far as i'm concerned they can do one!!!