A cyclist has died after a collision with a tipper lorry in east London on a cycle superhighway. 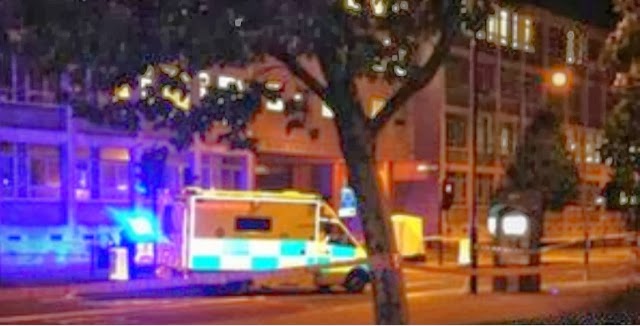 The Metropolitan Police confirmed they were called to CS2 on Mile End Road at 16:38 GMT and a man had died. Transport for London said nine cyclists had died on London's roads so far this year, compared with 14 in 2012.
This cyclist is the third to have died on CS2, which a coroner recently described as "confusing".

The Met said the cyclist, who has not been formally identified, was believed to be 62. They believe the collision happened as the lorry moved off from a stationary position. The lorry was not turning.
The driver stopped and will be interviewed by officers under caution. He has not been arrested, police added.
A post-mortem examination will be scheduled in due course.

A second cyclist has been injured after a collision with a coach in Bloomsbury. The man in his 60s is being treated in hospital after the accident at the junction of Kingsway and Theobalds Road at around 7 o'clock this evening.
Watch @BBCTomEdwards report on the east London cycle superhighway extension which officially opened today http://www.bbc.co.uk/news/uk-england-london-24841596
New plans for segregated bike lanes will see road space for other traffic greatly reduced.

Where do they expect the rush hour traffic to go?
"My heart bleeds for them when someone gets killed. But it's their own fault at the end of the day."
Toronto's Mayor on cyclists
Posted by Editorial at 4:51 PM

Personally, I think segregated cycle lanes are a great way forward, but not at the expense and misery of other road users.
A good example is the segregated cycle lane in Torrington Place WC1, which proved to negate a heavily used cut through to eastbound traffic, caused massive disruption to the Euston Circus and surrounding area and also caused other problems to traffic further along Tavistock Place.

We've had one in Harrow for sometime, where cyclists have been taken out of the road and repositioned on one of the large pavement areas. It works very well, despite reservations from pedestrian groups of OAPs getting mowed down

Road space permitting yes, but having seen the clinical artist impressions, I must say I'm worried about the amount of traffic congestion which could arise from narrowing major roads to one lane in each direction.

Where do the planners expect the traffic to go?