The LTDA do not see the same dangers from the Law Commission as other Trade Orgs. Part 1

1) Dropping of restriction on cross boarder hirings.
Cab firm boss says passengers ripped off by taxi drivers from outside city. 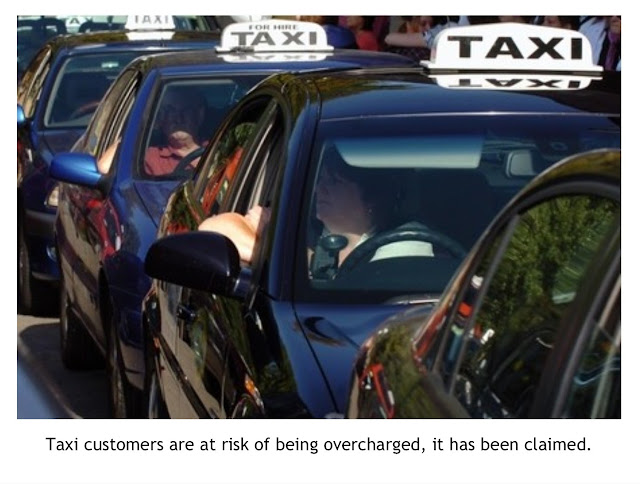 TAXI customers are at risk of being overcharged because about 20 cabs operating in Derby at weekends are not registered in the city, a cab firm director has claimed.
Mohammed Yasin, director of 75 Taxis, said it was because drivers sometimes did not know the best routes.
He spoke out as it was revealed Derby City Council plans to make a rules change that will make it easier for it to investigate complaints against such vehicles.
The council has said that having non-Derby-registered private hire cabs operating in the city could "prejudice public safety".
Mr Yasin said people were being "ripped off". He said: "At a weekend, there can be more than 20 cars that aren't registered here working in Derby."
Mr Yasin said he had heard of one out-of-town driver who was driving a woman across Chaddesden and ended up charging £6.40 when it should have been £3.50.
Mr Yasin said he did not employ drivers from outside Derby. Asked how people could tell whether a driver was from outside the city or not, he said many were already able to tell.
He said: "The drivers don't know the way and people will say 'you're not from Derby'.
"Certain customers say don't send me a car that's not registered in Derby."
The council's taxi licensing and appeals committee is expected to decide on Thursday to make changes to the rules for private hire firms.
One would mean city firms have to keep better records when they bring in vehicles for jobs in Derby that are not "licensed to the operator of the firm at the time of the booking". This, an officers' report on the matter says, will make it easier for complaints to be handled against this sort of vehicle.
Councillor Barbara Jackson, chairman of the committee, said the issue also meant a loss of potential licence fee cash for the city.
She said: "The licence fees for vehicle and driver licences go to the authority where the licence is issued, even if they work in another authority's area.
"Some authorities have lower licence fees than Derby, usually because they carry out fewer safety and compliance checks."
Asked how the issue could prejudice public safety, she said: "Whilst we carry out regular vehicle safety checks on our licensed vehicles and drivers, we have no powers to do so on vehicles or drivers licensed by another authority, even if they are working within our district.''
Source: Derby Telegraph
Posted by Editorial at 12:59 PM

The LTDA are doing nothing to protect the trade.
They have sold us out
Told by TfL to keep silent
Every cab driver thinks Oddy is our man on the board of TfL and that couldn't be further from the truth.

He is the Mayors advisor on transport, not a taxi trade representative.

Both McNamara and Grant Davis are eyeing up this £24k a year position. That's why they don't speak out against TfLTPH and why they give them an easy ride in their respective publications.

You won't see one word of the Sir Peter Hendy and the £140 an hour Hooker Story in the badge or the Taxi.

The Hendy Story has been sat on by the boys from the lodge.
It will not reappear.

Hope he's wife boots him out at takes all his money.