We have all seen the Defra report. One of the most important reports to hit out trade for many years.
The report proves the 15 year Age Limit on Taxis was completely unnecessary and was not supported by technical or scientific evidence.But what do we get from the LTDA, LCDC and Unite...the ones who engage with LTPH directly through the "engagement policy"?Absolutely not one word.Not one word in the Taxi MagerzineNot one word in the Cab Trade NewsNothing in the BadgeHave they been ordered to remain silent?Is this the price the UTG have to pay for membership of the engagement policy team?Last week, news that in the last 6 months, LTPH/TfL/STC teams have only managed to revoke the licenses of 6 touts (these cases are subject to appeals and could amount to less).
Incredibly, it has taken Safer Travel Command (ex-TOCU) officers, The Mets Cab enforcement teams and LTPH compliance teams, six months to catch and convict 6 touts!One copper on a push bike could do better than that on a Monday night at just one location, Swallow Street.
Not one word from the UTG!We have also learned recently that Boris categorically lied to the GLA about NO2 emissions concerning new and older Taxis. The Defra report states that older cabs produce less NO2 than TX4 euro5 and Mercedes Vitos. In fact the highest emissions of NO2 come from Vitos 111 and 113. 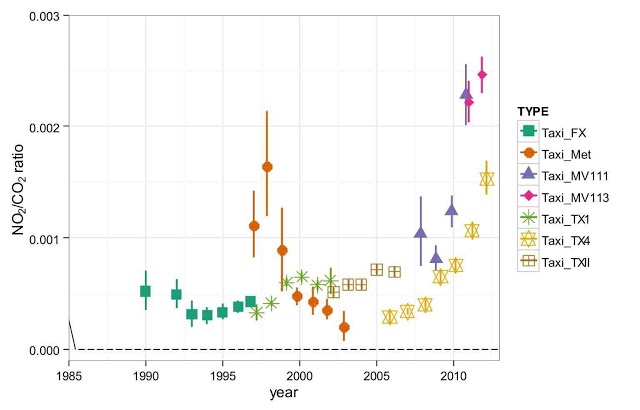 Not one word from the UTG!
Plus today news broke regarding Tim Yeo in the lobby Gate tapes (old news already posted on this blog but this time supported by undercover video)As of yet, nothing from the UTG. Not one word...One third of the licensed Taxi trade are paying subscriptions, to representative groups who appear to be gagged by the engagement policy.
LTPH's engagement policy, has bought our trade to its knees and we will never be able to stand tall again, while its in place.
Posted by Editorial at 10:24 PM

A Conspiracy of silence?

Hendy,Mason and Chapman should be slung out,taking all the money from cab-drivers,BRING back Penton street,force them out,private hire and taxi`s should not be classed the same,` cos Mason seems to look more in favour of p/h, if p/h want to act as cab-driver`s then do the knowledge like we did,Mason said to me,that the job in hand will not solve over night,you may think you are doing things behind the scenes that we cant see,honestly nothing has changed,the rats are still feeding,girls are being raped, doing the same thing and laughing at you,all that money you are taking,the next thing you will have offices in park lane a place to suit Hendy`s ego and his old Joe Mason never mind Chapman you will soon be froze out but you can always be the cleaner,Hendy will see to that,you are not fit to look after the cab-trade it should be run by real people that know the cab-trade

What can they say?
They signed up to it, indeed offered it on our behalf and astonishingly without having the courtesy to ask their own members.

Did they not even consider whether it was proper to have sellers of cabs and others who don't buy cabs(Radio Circuits) but like the idea of someone else ( the drivers) being forced to renew. Vested interests big time!

Still they can be brave and say we made a mistake and are now back fighting for the cab trade.

We all wait and see if the LTDA realise that 'enough is enough', what UNITE and LCDC do is irrelevant, they are only there to make thing appear representative and lost any semblance of independence when they signed the Taxi Engagement Policy.