Taxi Trade In Northern Ireland: One Year Reprieve , While They Wait For New Legislation From Law Commission Submission. 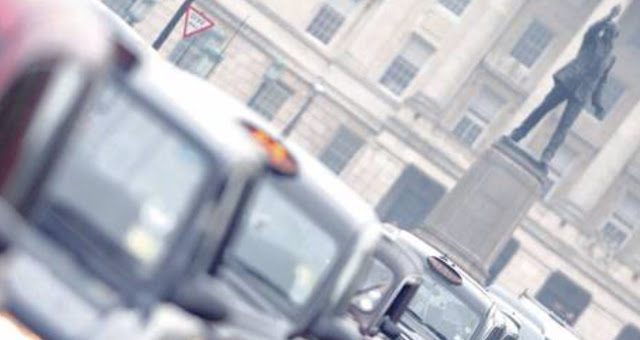 Environment Minister Alex Attwood has announced that single tier licensing for taxis will be put back until September 2014.

Single tier licensing was originally intended to come into effect in September 2013 and would have meant that the public would have been able to pick up any taxi, public or private, in Belfast without having to pre book. The Department of the Environment (DOE) launched a consultation on single tier arrangements between 8 May and 5 June 2013. Concerns were raised during the consultation process. The Environment Committee also raised concerns regarding implementing single tier licensing in advance of a suite of legislation relating to the restructuring of the taxi industry in Northern Ireland.
Alex Attwood said: “My strategy has been to work with all of the taxi industry to do the best for the taxi industry. This has meant, despite some political criticism, that I slowed down the roll out of taxi reform, to reduce cost and administrative burden.
“Very late on in this process, some in the industry have said that the big reform coming together in 2014, rather than rolled out over 2013 and 2014 is better. The arguments have come late but some of the arguments are good.“I have listened to the concerns raised in the consultation process. I have listened to the Environment Committee, particularly regarding their recommendation that the suite of changes should come together as a cohesive and coordinated package. Therefore, I have decided that rather than bringing in single tier licensing this year, it will be implemented in 2014 along with a suite of legislation to reform the Northern Ireland taxi industry.”The suite of legislation will include provisions for a regulated taxi fare and taxi meter system which will make it mandatory for all taxis to adhere to regulated fare and meter requirements; taxi vehicle regulations which will include a wheelchair accessibility specification and a separate licensing regime for contracted services such as limousines and wedding cars; and the introduction of a driving test for new drivers and periodic training for all taxi drivers.The Minister continued: “I have also listened to the views of the taxi industry on this particular issue including those views from the Private Hire, Belfast Public Hire, Public Hire outside Belfast, and Taxi bus sectors as well as the Consumer Council, voluntary and disability organisations such as IMTAC and Disability Action. I am committed to introducing all elements of the taxi reform programme together, including single tier licensing, in 2014.“To help get the taxis industry right, I am also initiating a new stream of work. This will aim to work with Belfast Public Hire taxis drivers to build up their business model, learn from other taxis models, identify ways and means to protect Belfast Public Hire interests, enhance training and business skills for drivers. This will help Belfast Public Hire. This will help the taxi industry."
1. The Department had originally intended to introduce a single tier licensing system from September 2013. However, the Department is now introducing single tier licensing from September 2014. 2.The Department is committed to working with taxi industry representatives, the Consumer Council, and voluntary and disability organisations to ensure an agreed way forward on the suite of legislation is achieved and implemented by September 2014. 3. The Department is also launching a public consultation on the taxi driver test and periodic training which will issue during the summer recess.4. The Department intends to introduce a suite of legislation relating to maximum fare structure for all taxis operating in Northern Ireland in 2014; taxi vehicle regulations which will include a wheelchair accessibility specification and a separate licensing regime for special occasion and novelty vehicles; and the aforementioned taxi driver test. 5. Consultation which concluded on 5th June 2013 received around 750 responses, the majority of which objected to the introduction of single tier licensing. This consultation was supplementary to a full public consultation which took place between July and September 2011 where 84% of respondents were in favour of the introduction of single tier licensing.
Posted by Editorial at 1:50 PM

American guy who lives here now said he would never put his kids in AddLee let alone a minicab because they drive like nutters. He said he always uses black cabs and we should do whatever it takes to preserve the trade.

Anon 2:45 pm
Wake up mate!!!
Why do you think Griffin sold out to the Carlyle Group

He's been tipped the nod by his parliamentary connections

Eventually there will only be a handful of huge transport companies managing PH and Taxi nation wide to a national service
Unless the trade wake up and unite to fight the law Commision recommendations we will see a one tiered service by stealth.

It's very nearly a done deal UNLESS YOU yes YOU the working cab driver get involved in saving the trade. Start with the lobby and then more.

Why do you think they don't want Plying for Hire defined?

Why do you think they want a National PH. 'standard'?

Why do you think Helen Chapman has said that ' time elapsed has no meaning in Pre booking'?

To help the Taxi Trade or big business?

You know the answer, let them know we won't go down without one almighty fight!